Photos of two misshapen cement statues of a man and a woman are circulating on social media in South Africa with the claim that they show the late anti-apartheid activists Winnie Madikizela-Mandela and Oliver Tambo – and cost taxpayers millions. 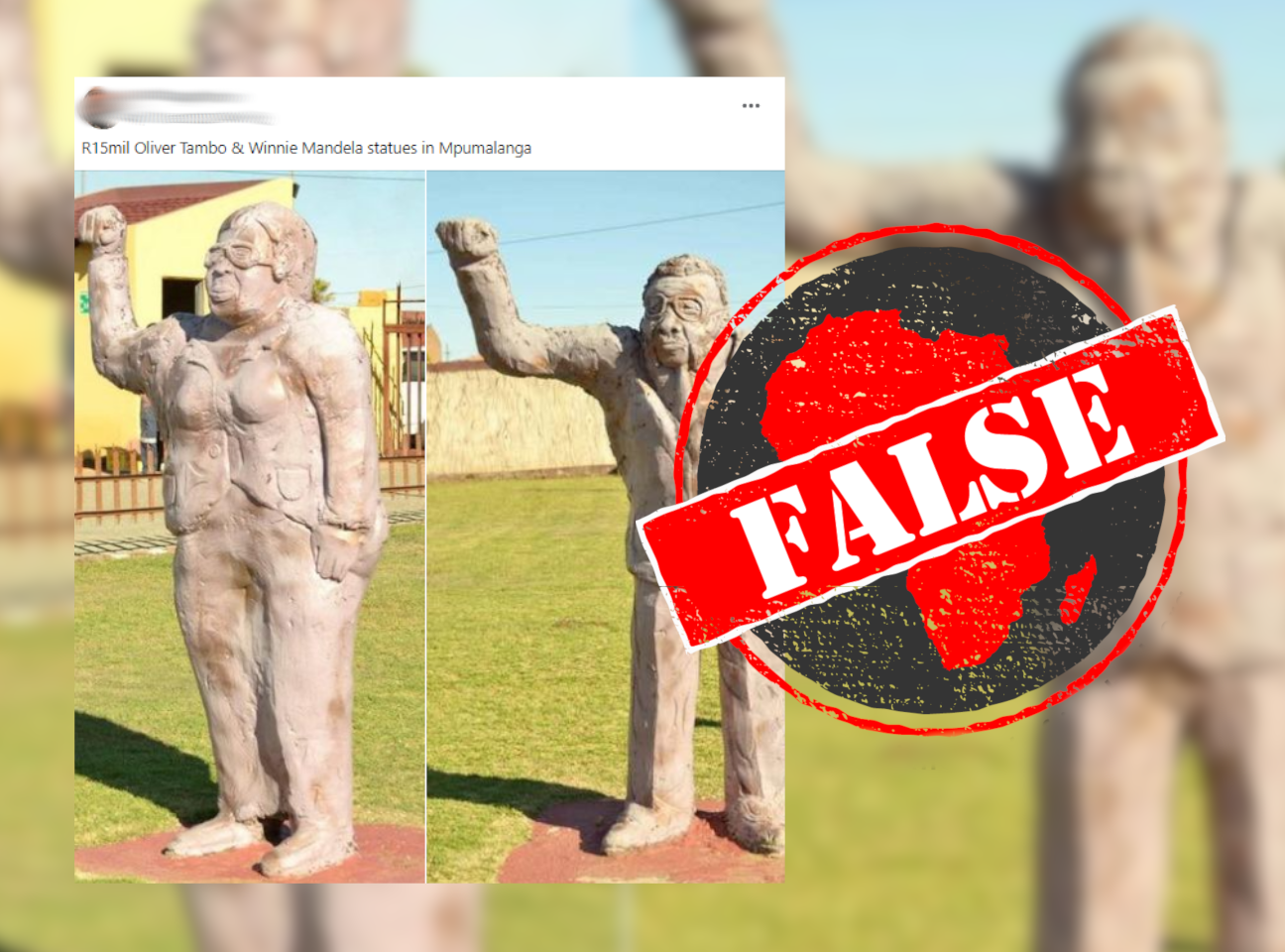 ‘The government has never put a cent in this place’

It turns out the statues are actually part of the decorations at Raisibe Gardens, a private leisure complex and guesthouse in Embalenhle, Mpumalanga, about 130 kilometres east of Johannesburg.

One Facebook user commented: “I know exactly where those statues are, and they don't even cost more than R1000. The team I work for, the chairman owns a club called raisibe gardens those statues are by the braai area.”

Africa Check looked through the photos on the Raisibe Gardens Facebook page and found one of the statues, snapped in 2019. There are in fact four statues, on a patch of lawn next to a perimeter wall.

In another photo of the braai (barbecue) area, one of the statues can be seen just beyond it, at top left.

On 21 April the owner of Raisibe Gardens posted two videos dismissing the claims as “reckless”, in a “statement release following social media saga on Facebook and Twitter about our statues”.

“This statue doesn’t even look like Winnie,” he says of the statue claimed to show Madikizela-Mandela. He adds: “The government has never put a cent in this place. It’s my place.”

The statues are in the garden of a private guesthouse. There’s no evidence they cost R15 million, and no taxpayer money was spent on them.