Protesters against mandatory vaccinations gathered outside of Groote Schuur Hospital in Cape Town, a coastal South African city, on 22 August 2021. A video uploaded on Facebook shows one of the protesters being interviewed by SABC News. The video’s isiZulu caption reads: “Nangu lomama eyichaza lendaba yeVasini la”. This translates as: “Here this woman is explaining the issue with the vaccine.”

In the video, the protester makes several startling claims, including that Covid vaccines have never been approved by any official body because they are dangerous.

“This vaccine is experimental. It has never been approved by any department because it cannot be approved because it’s dangerous,” she says.

Later in the video she claims that the Covid-19 virus has never been isolated, and that vaccines are changing people’s DNA and causing serious, permanent side effects.

“You can go to the vaccine adverse … there’s cases.” She’s referring to the Vaccine Adverse Event Reporting System in the US. “They have to say 12,000 have died in America. It’s already 12,000 have died from this vaccine. That’s just the reported cases.”

South Africa’s vaccination programme currently includes the Pfizer-BioNTech and Johnson & Johnson vaccines. Vaccination is not mandatory in the country.

Have Covid-19 vaccines not been approved by any official body? Are they unsafe? Have they been linked to at least 12,000 deaths in the US? And do they change DNA? We checked. 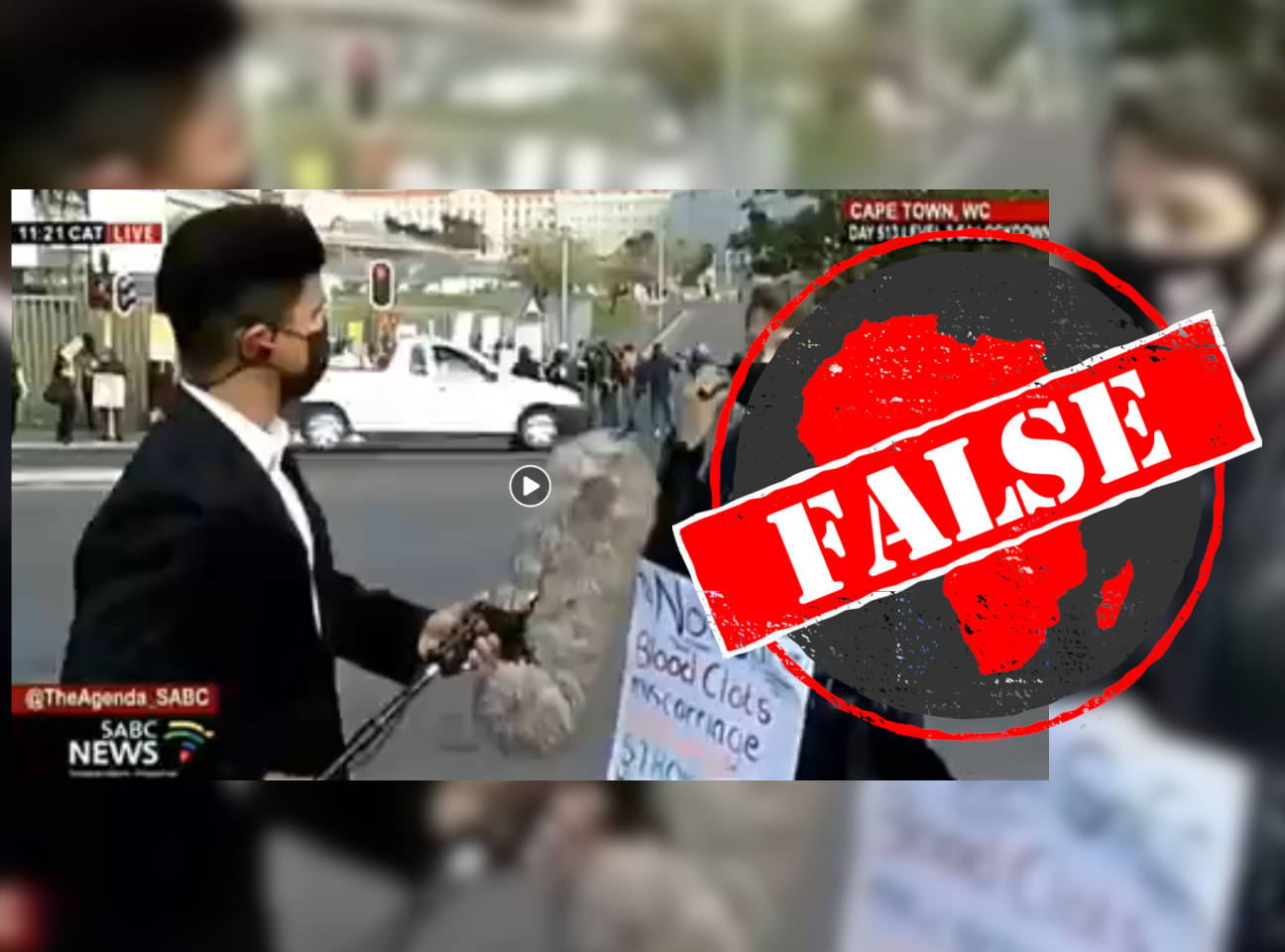 Both the Pfizer-BioNTech and Johnson & Johnson vaccines have been rigorously tested. In April 2021 Pfizer released an analysis of its phase 3 trials, which included more than 44,000 participants, and recorded “no serious safety concerns.”

The Johnson & Johnson vaccine trials had more than 40,000 participants in the US and over 477,000 participants in South Africa. In April, the US Food and Drug Administration recommended the rollout of the vaccine be paused after six women developed thrombosis, a rare and severe type of blood clotting. The FDA then lifted the recommendation on 23 April after a thorough safety review, saying that the vaccine was “safe and effective in preventing Covid-19.”

Both vaccines have been approved by several regulatory bodies. The European Medicines Agency, which lists the Pfizer vaccine under the name Comirnaty, has granted conditional marketing authorisation for both vaccines to be used in the European Union. The FDA has granted the Johnson & Johnson vaccine emergency use authorisation and given full approval to the Pfizer vaccine.

The South African Health Products Regulatory Authority (Sahpra) has also approved both vaccines – as well as the Oxford-AstraZeneca vaccine – after reviewing their quality, efficacy and safety data.

Africa Check has previously debunked the claim that mRNA vaccines are able to modify human DNA.

Africa Check has also debunked claims that 12,000 deaths have been directly caused by the Covid-19 virus. This is because anyone can report post-vaccine events on the Vaccine Adverse Event Reporting System, which the protester mentions. Deaths listed on the system  are unverified. They still need to be investigated by official bodies and may include inaccurate, coincidental, and unverified information.

Sahpra recently announced that an investigation into the deaths of 29 vaccinated people found that none could be linked to the Covid-19 vaccine.