A video shared widely on Facebook shows heavy wind and rain hitting a settlement, blowing the tops of palm trees horizontal, ripping the roofs off houses and knocking over a perimeter wall.

“Beira Cyclone Eloise impact (Mozambique),” the caption reads. It was posted on the Facebook page “SA Long-distance Truckers”, which has over 400,000 followers, and has been viewed more than 57,000 times so far.

Tropical cyclone Eloise first made landfall in Mozambique on 23 January 2021. It caused damage in several districts, including Beira, a large city in Mozambique’s Sofala province.

The cyclone has since weakened into an overland depression and is currently moving over South Africa, bringing heavy rainfall to the northern parts of the country.

But does the video show cyclone Eloise in Mozambique? We checked. 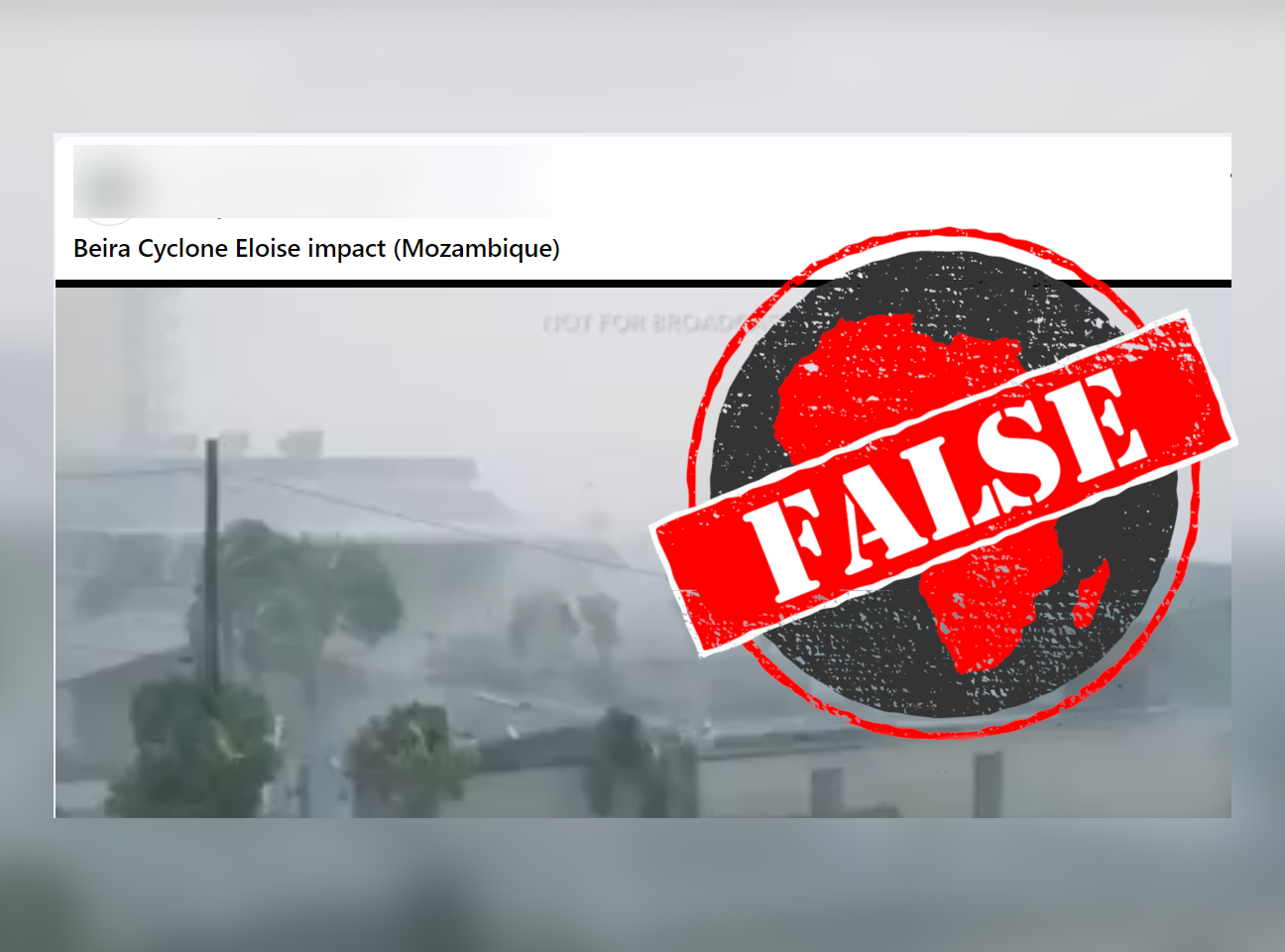 We took a screenshot of the video and searched TinEye, a reverse image search engine, to check whether the footage was really taken in Beira. It returned one result – the same video, uploaded to Adobe Stock, a collection of free images and videos, in September 2019.

The video shows hurricane Michael, a storm that hit the US state of Florida in October 2018, causing 16 deaths and US$25 billion in damage. It was taken by Tornado Trackers, a group of friends in the US who chase storms and share the video footage online. You can view the original here.

The video does not show cyclone Eloise in Beira, Mozambique, in January 2021.

Cyclone Idai: ‘Must watch’ video of ‘flood in Mozambique’ is footage from 2011 tsunami in Japan