From 23 April 2021, local and international media reported that tropical cyclone Jobo was set to make landfall in Tanzania on 25 April.

This was confirmed in a tweet by the Tanzania Meteorological Authority, which said the storm was expected to cause heavy rains and damage across coastal Tanzania, including the port city of Dar es Salaam.

On 25 April Mike Sonko, the former governor of Kenya’s Nairobi county, posted a video on Facebook of heavy rain and wind battering trees outside a dwelling. A brief caption on the video reads: “Heavy Cyclone winds hit Mtwara southern Tanzania.”

In his caption, Sonko wrote: “As stated in my earlier post a very dangerous storm has already hit Mtwara in southern Tanzania and is now moving towards the Kenyan coast.”

He added: “The storm nicknamed JOBO was expected to make its landing from 25th to 27th April with devastating rainfall which might create destruction of property and even deaths.”

But does the video show cyclone Jobo hitting the city of Mtwara on the southern Tanzanian coast? We checked. 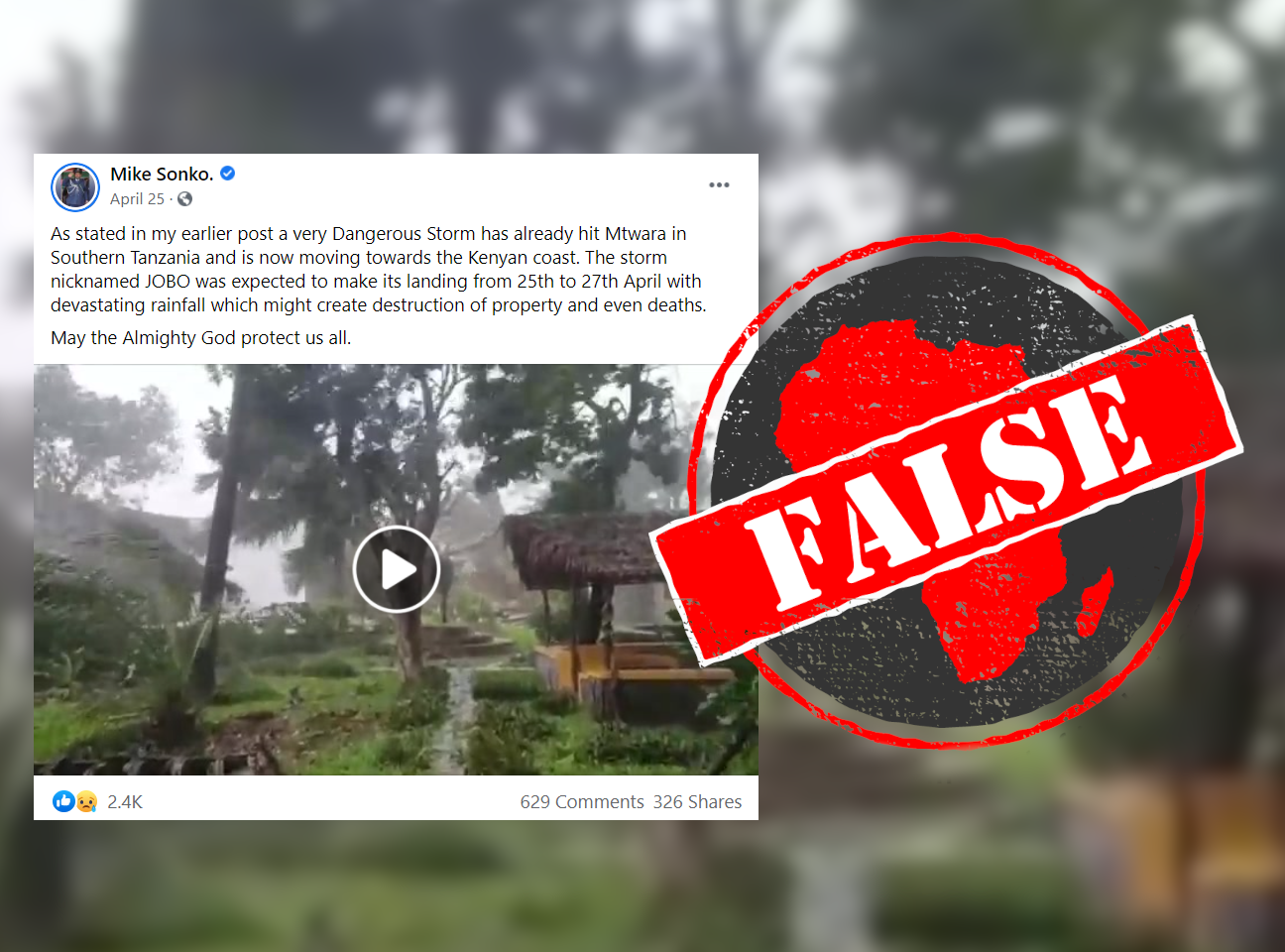 On 25 April, the Tanzania Meteorological Authority tweeted that Jobo had made a weak landing. This was picked up by local media.

A reverse image search of a frame from the video eventually led us to YouTube. Here we found the same video, posted on 25 April 2019 and titled: “Cyclone Kenneth hit northern part of Mozambique”.

Tropical cyclone Kenneth made landfall in northern Mozambique on 25 April 2019 with average wind speeds of 185 kilometres an hour. Coming just six weeks after tropical cyclone Idai, which killed 600 people in Mozambique, it was reportedly the strongest cyclone to make landfall on the African continent since records began.

According to ReliefWeb, the official government death toll from the impact of Kenneth in northern Mozambique was 38 people. “Nearly 35,000 houses have either been partially destroyed (32,034) or totally destroyed (2,930), according to the government.”

The video shows tropical cyclone Kenneth hitting Mozambique in 2019, not cyclone Jobo in Tanzania in 2021.