A story circulating on Facebook in April 2021 claims that Nelson Mandela, after becoming president of South Africa, met one of his former prison guards and invited him to lunch.

Mandela, who died in 2013, was a leader of the African National Congress and jailed by the apartheid state for 27 years. He was South Africa’s first democratically elected president, in office from 1994 to 1999.

According to the story on Facebook, Mandela was having lunch in a restaurant with his “protection” or “soldiers” when he recognised a man sitting at a table in front of him. He asked the man to join them at lunch.

Once the man had left, Mandela explained to his companions that the man used to be a guard in the prison where he was jailed.

“Often, after the torture I was subjected to, I used to scream and ask for a little water. The very same man used to come every time and urinate on my head instead,” Mandela is quoted as saying.

The guard probably expected some sort of retaliation, “but this is not my character”, Mandela supposedly said.

Mandela was a famous advocate for forgiveness, but did this incident really happen? We checked. 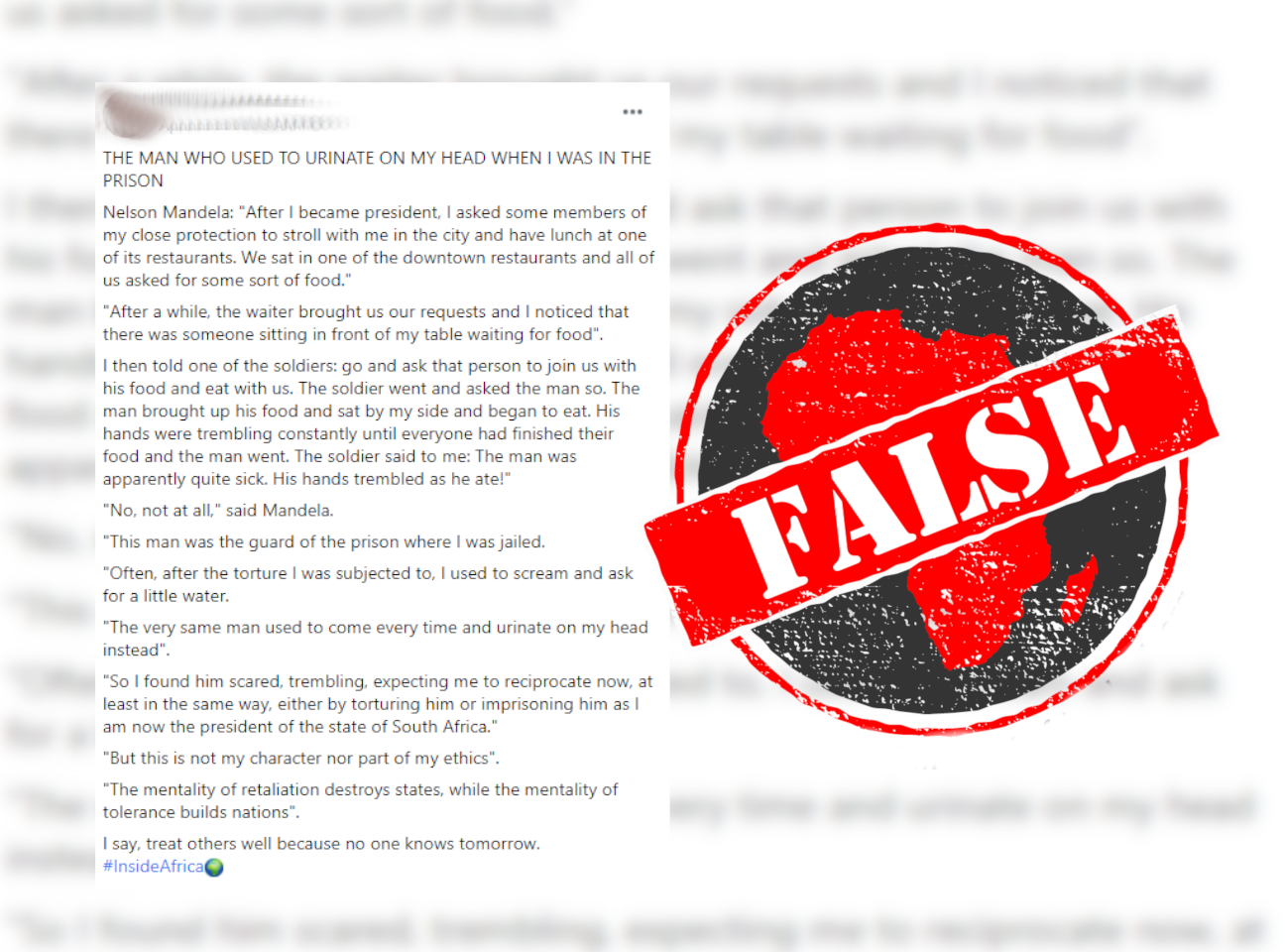 We also could not find any credible evidence for the quotes or story when we searched online databases, the South African Government News Agency’s collection of famous Mandela quotes and the website of the Nelson Mandela Foundation.

To be sure, we contacted Razia Saleh, archive and research director at the Nelson Mandela Foundation in Johannesburg.

“We have had numerous queries on this particular anecdote. We don’t think that this is true,” she told Africa Check.

“Madiba always said that he was never physically tortured in prison. And he was never urinated on in prison by a warder or anyone else,” she said.

The foundation has not been able to trace the origin of this story. There is no evidence for it being true.