The World Health Organization says cleaning your hands frequently is one of the ways to prevent the spread of Covid-19, along with keeping your distance from people, wearing a mask and other precautions.

Since the start of the coronavirus pandemic, there have been many articles about how, when and for how long we need to wash our hands.

Several posts doing the rounds on Facebook in South Africa share a graphic with the claim that “the doctor who discovered that hand washing prevent the spread of disease was thrown in a mental institution for his crazy ideas”.

Another post with a black-and-white illustration of a man says the same thing and that the doctor’s name was Ignas Semmelweis. 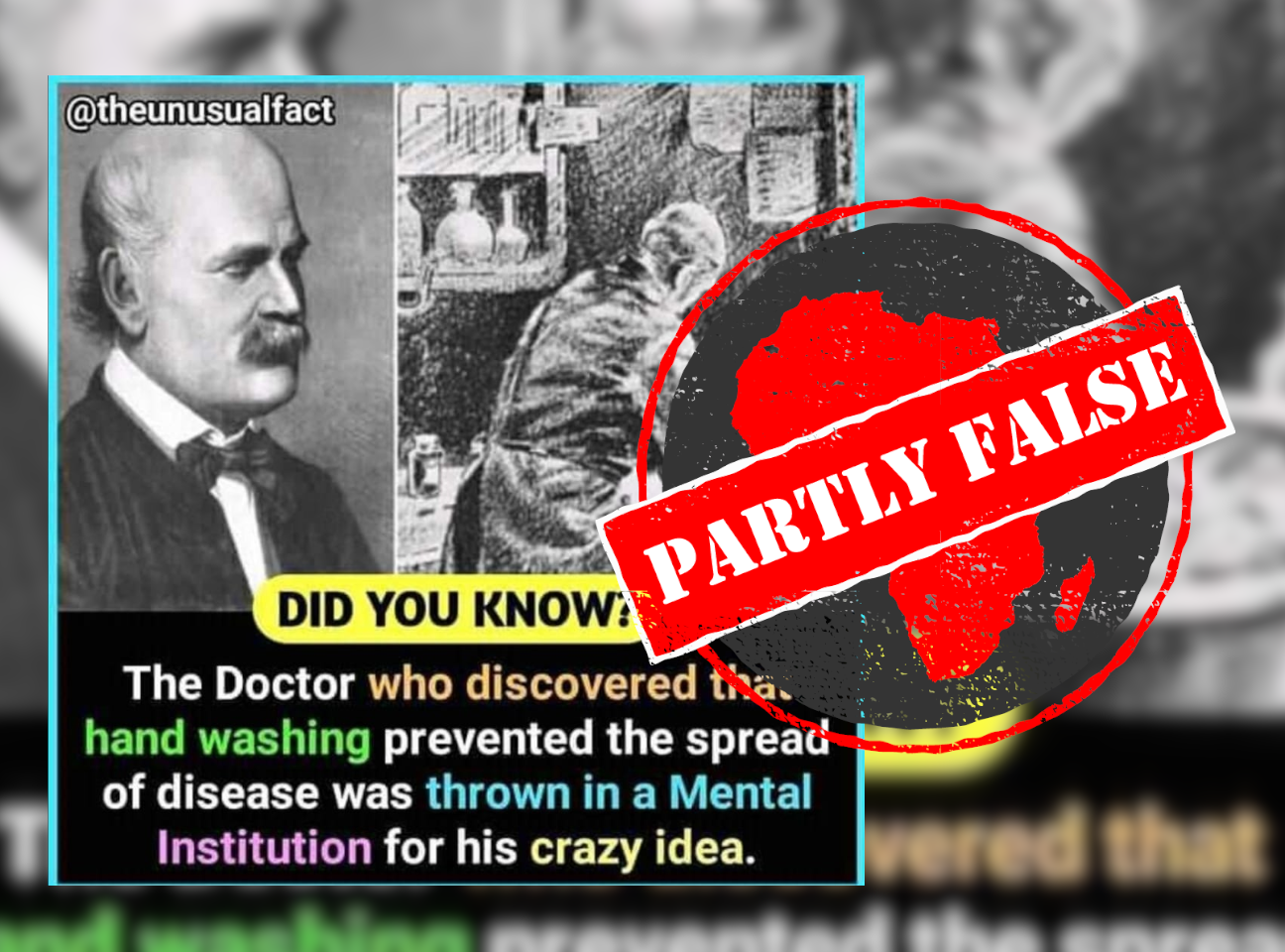 Ignaz Semmelweis was a Hungarian-Austrian doctor and scientist in what is now known as obstetrics. He lived from 1818 to 1865 and was best known for trying to determine the real cause of death of many women in his clinic.

The women were at the time thought to die from “childbed fever”, now known to be sepsis brought on by an infection introduced into the vagina by a woman’s birth attendants. It is also known as puerperal fever.

After investigating the cause Semmelweis found that “infection occurred because medical personnel did not wash their hands thoroughly after conducting autopsies in the morgue”, according to his biography.

After this realisation, Semmelweis told all those working in his clinic to wash their hands with a chlorine solution.

According to the US’s National Public Radio (NPR), Semmelweis initially advised a chlorine solution because he thought it would be the best way to remove the bad smell left on doctors’ and nurses’ hands.

But when the chlorine solution was imposed, the rate of childbed fever “fell dramatically”. So Semmelweis accidentally discovered “one of the most important tools in public health” – hand-washing.

But Semmelweis’s ideas weren’t widely accepted. He received enormous criticism for his insistence on hand-washing and replied with “outrageously rude insults” to those who “deigned to question his ideas”, according to the US Public Broadcasting Service (PBS).

This all appears to have contributed to him suffering psychologically and, at last, severe depression.

Because of his behaviour and outbursts, Semmelweis was committed to what was then known as an “insane asylum” where he died two weeks later “beaten to death … by his keepers”, according to PBS.

The claim has also been debunked by fellow fact-checking organisation Check Your Fact.

It isn’t accurate to say Semmelweis was sent to a mental institution directly because of his views on hygiene. But the reaction to his ideas appears to have contributed to his mental breakdown. He died in an asylum, indirectly caused by his discovery about the importance of washing your hands.

The term “long Covid” is by now familiar for the symptoms many suffer months after infection with Covid-19.