“Nigeria confirms outbreak of Monkeypox with 558 cases and eight deaths,” reads the headline of an article in the Guardian, a Nigerian newspaper, on 10 May 2022.

Its first paragraph adds that the Nigeria Centre for Disease Control (NCDC) “has confirmed circulation of the disease with 558 cases and eight deaths in 32 states of the federation”.

The paper has since deleted the article, but it had been posted on several Facebook pages. The headline was also spotted on Twitter.

The piece continues to circulate online.

Monkeypox is a viral disease that occurs primarily in the tropical rainforest areas of Central and West Africa. It is caused by the monkeypox virus, transmitted from animals to people.

Symptoms of monkeypox begin with fever, headache, muscle aches and exhaustion. The incubation period – the time from infection to when symptoms appear – is usually seven to 14 days, but can range from five to 21 days.

But did the NCDC really confirm an outbreak of monkeypox in Nigeria? We checked. 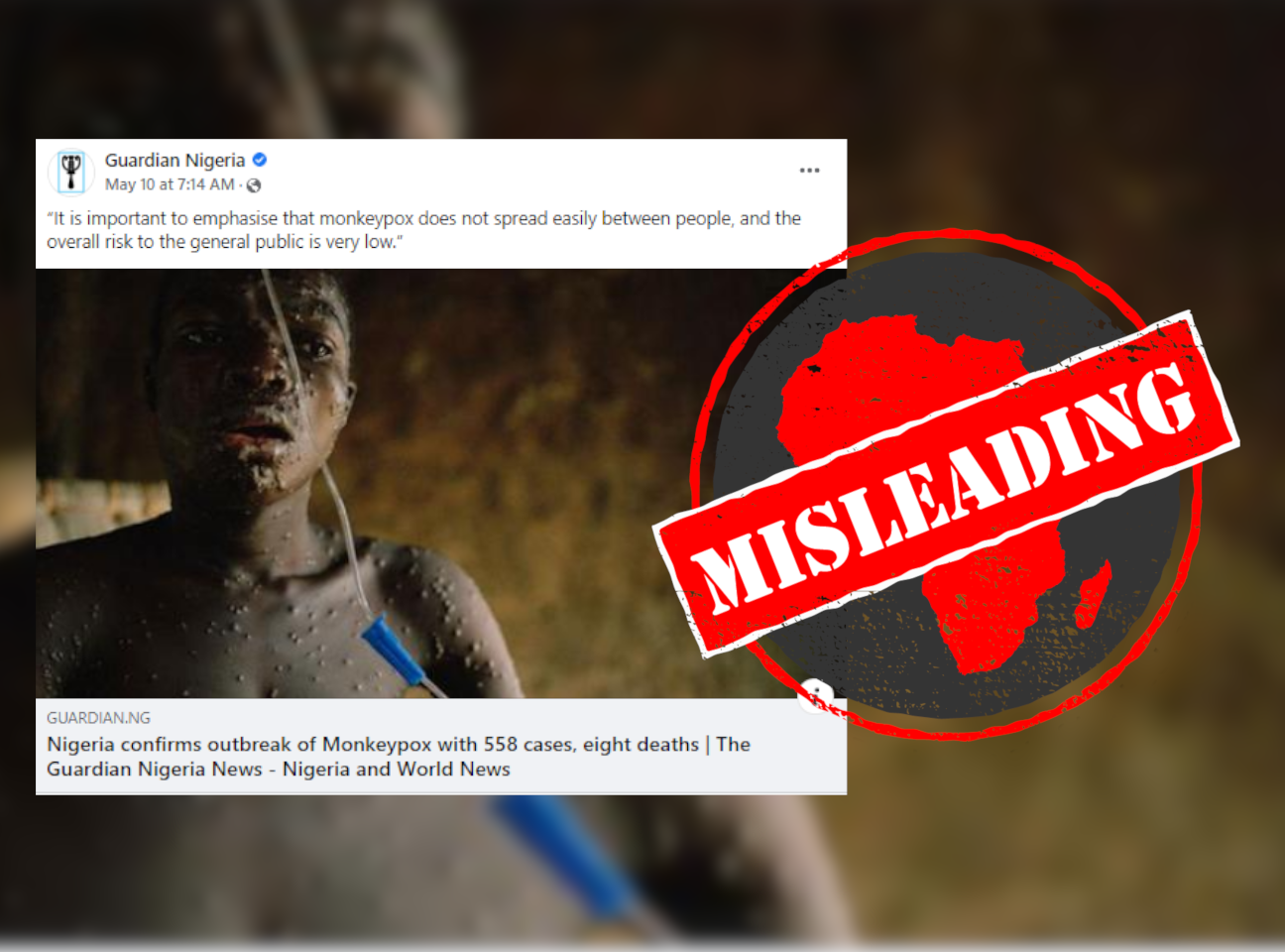 ‘This does not constitute an outbreak’

A disease outbreak is when cases of disease are in excess of what would normally be expected in a defined community, geographical area or season, according to the World Health Organization.

What the NCDC said in a widely reported update was in fact that since the re-emergence of monkeypox in Nigeria in September 2017, the country has continued to record “sporadic cases” of the disease from states across the country.

“Of these, 15 cases have been confirmed in 2022 alone – this does not constitute an outbreak.”

And the NCDC’s communications team confirmed to Africa Check that “there is no ongoing outbreak of Monkeypox in Nigeria”.

The centre added that the highest number of cases had been reported from states in Nigeria’s South-South region.