‘Does this country belong to Meru?’ No, controversial quote not by Kenyan presidential candidate Ruto

As Kenya’s August 2022 elections approach, a graphic circulating on Facebook attributes a controversial quote about the Meru people to deputy president and presidential candidate William Ruto.

“We cannot have a Country where the DCI, National Assembly speaker, CS Agriculture, CS Public Service, Youth & Gender affairs, Nairobi Governor and Chief Justice are all from Meru!” it reads.

“Does this country belong to Meru? The Chief Justice must exit elections management for us to have free and fair elections.”

The graphic shows a photo of Ruto and carries the logo of his party, the United Democratic Alliance (UDA).

DCI is the director of criminal investigation and CS stands for cabinet secretary, or national minister. The Meru people, who speak the Meru language, are largely found in Meru county in the Mount Kenya region. The county’s capital is also called Meru.

The graphic started circulating in November 2021, after reports that the UDA had opposed the inclusion of Kenyan justice Martha Koome in the National Multi-Agency Consultative Forum on Election Preparedness, a government panel tasked with ensuring the 2022 general elections are “free, fair and credible”.

But did Ruto really say this? We checked. 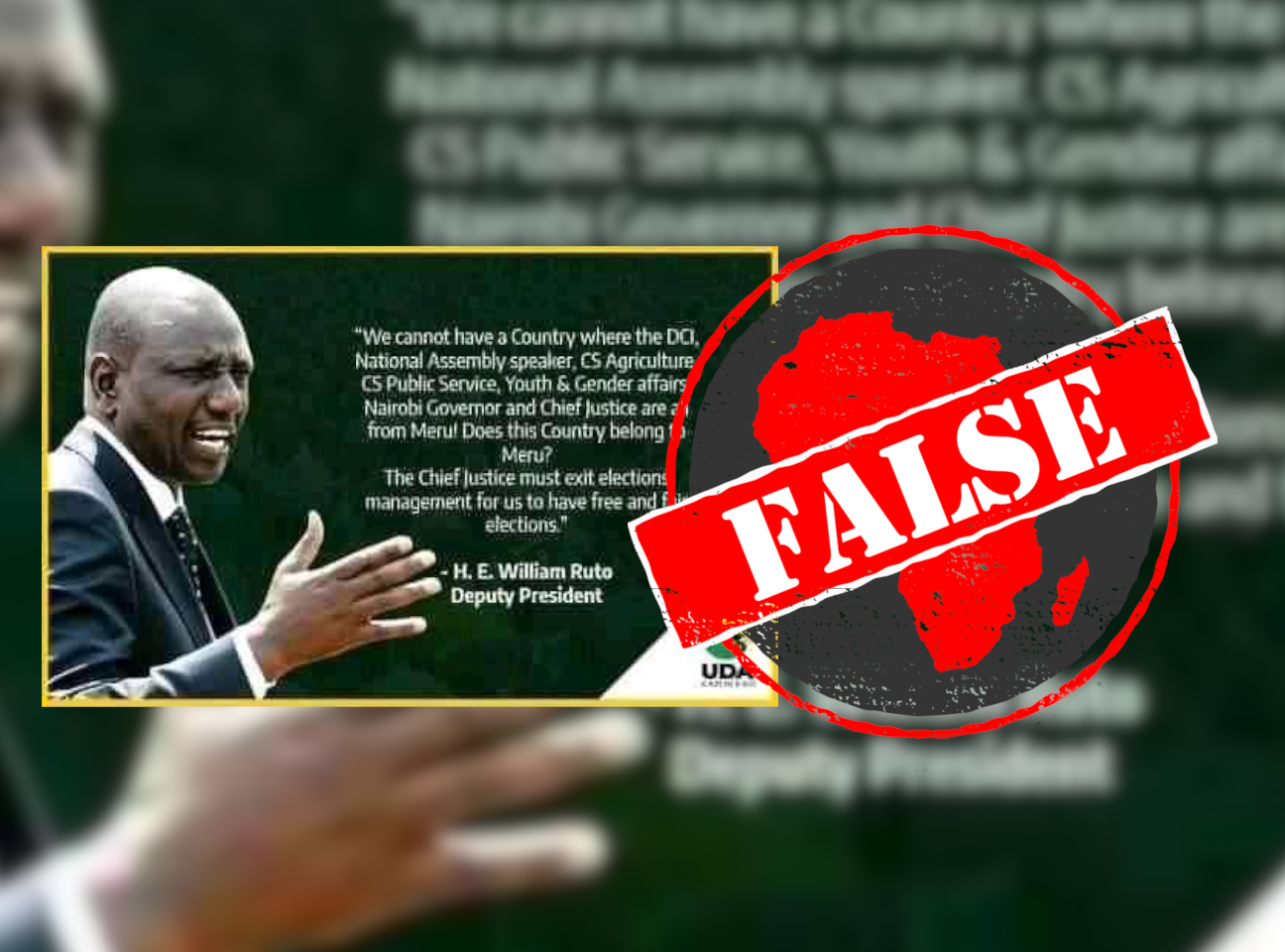 No credible evidence of quote

Most controversial statements made by Kenya’s political players quickly find their way into the media – broadcast on TV or circulated on social media by legitimate news outlets. Politicians also freely express their opinions on their official social media pages.

Africa Check scoured the internet for evidence of the quote. We searched Google and came up empty. A Twitter search also didn’t return any results.

So we reached out to the UDA to ask if the quote was by Ruto.

Wanjohi Githae, the party’s director of communication, had a single-word response: “Fake.”