“Shocking: Uzodinma declares free marriage between Fulani Settlers and Imo Ladies,” reads the front page headline of what seems to be the 27 August 2021 edition of Nigeria’s THISDAY newspaper, circulating on Facebook and WhatsApp.

Hope Uzodinma is the governor of Imo state in southeast Nigeria. The Fulani people are traditionally nomadic cattle herders, found across West Africa.

Smaller text under the paper’s headline reads: “Promises to pay bride price for herdsmen who choose to marry Imo ladies. Imposes a N1 million fine to any father who refuses to give consent.”

The article below says in part that Uzodinma “stated that this policy is a way of ensuring national integration in Nigeria thereby promoting lasting peace in the troubled nation”.

Is the front page legit? And has the governor announced this policy? 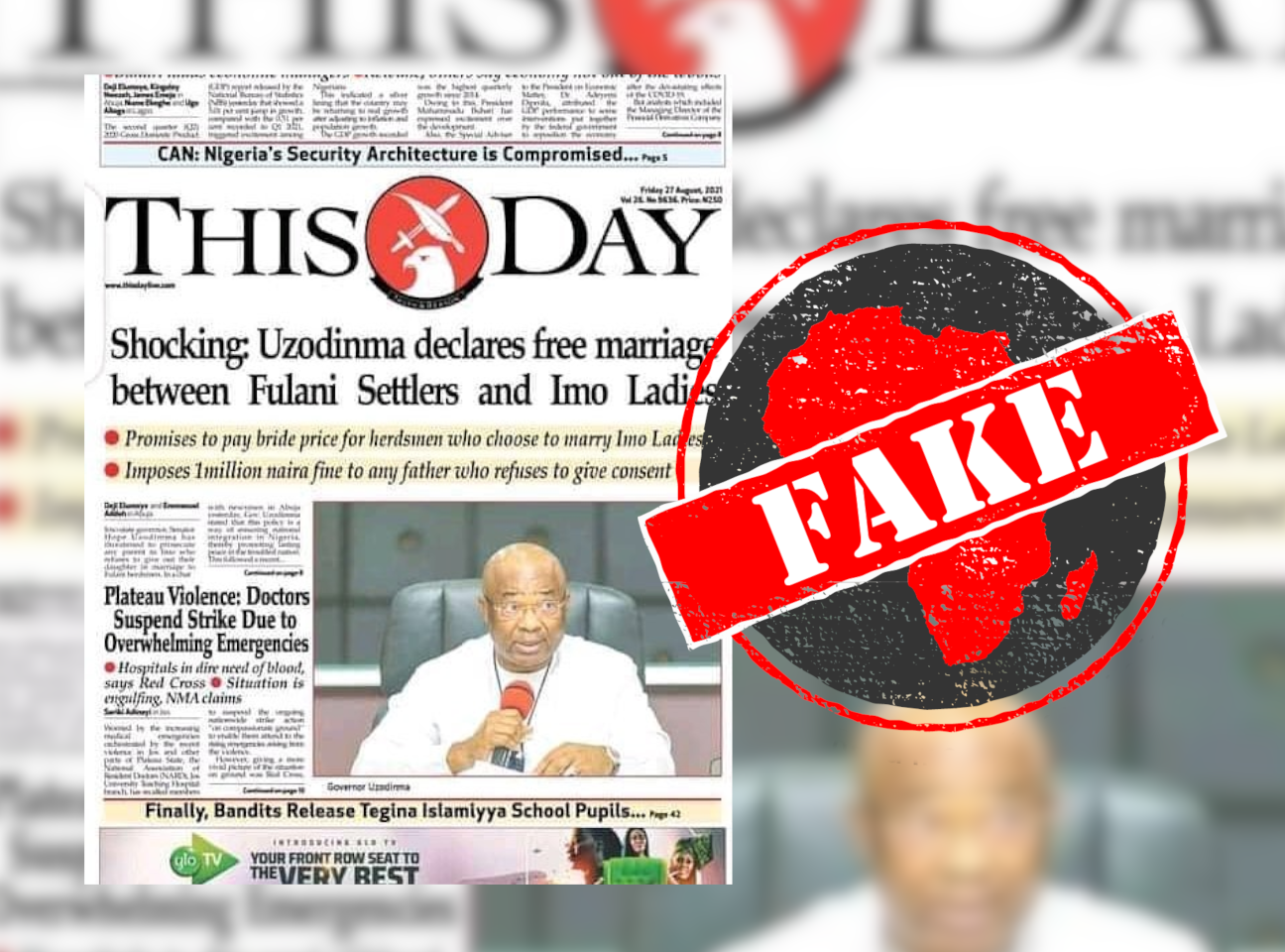 The newspaper started circulating after Uzodinma refused to support a grazing ban issued by governors in southern Nigeria following several clashes between cattle herders and farmers in the region.

In a statement, the governor’s chief press secretary Oguwike Nwachuku said the THISDAY front page had been doctored.

“The ill conceived publication shows how desperate individuals and groups can get in trying to destroy the society, thinking that Governor Uzodimma is the issue.”

It continues: “For the avoidance of doubt, the real headline of THISDAY the same Friday, 27 August reads: Buhari Elated as NNPC Breaks Jinx, Declares N287bn Profit First In 44 Years.”

“We completely reject this poor attempt by some unscrupulous people at impersonating our brand and identity in pursuit of whatever agenda they may have, by seeking to disseminate fake news to members of the public as emanating from THISDAY,” Eniola Bello, the newspaper’s managing director, said in a statement.

“We also use this opportunity to call on security agencies to help unmask the counterfeiters behind this forgery and bring them to book.”

On 28 August THISDAY posted the doctored front page – stamped “FAKE” – on Twitter, next to the real front page of its 27 August edition.