“Breaking News! Nigerian military armored vehicle demobilized in Ebonyi state by unknown gunmen as the fight rages on since 3am in the morning,” reads the caption of two photos of a burned-out military vehicle circulating on Facebook.

“Biafrans wake up they have come for the final battle in Biafraland!”

Biafra was a region roughly in the area of today’s southeast geopolitical zone of Nigeria. Ebonyi is one of the five states in the zone.

In May 1967, Biafra declared its independence from the rest of the country. A civil war followed, ending in January 1970 with Biafra’s defeat. There are continued calls for Biafran independence, most notably by the Indigenous People of Biafra secessionist movement.

The photos and their claim started doing the rounds on Facebook in early February 2022. But do they really show an armoured Nigerian military vehicle “demobilised in Ebonyi state by unknown gunmen”? We checked. 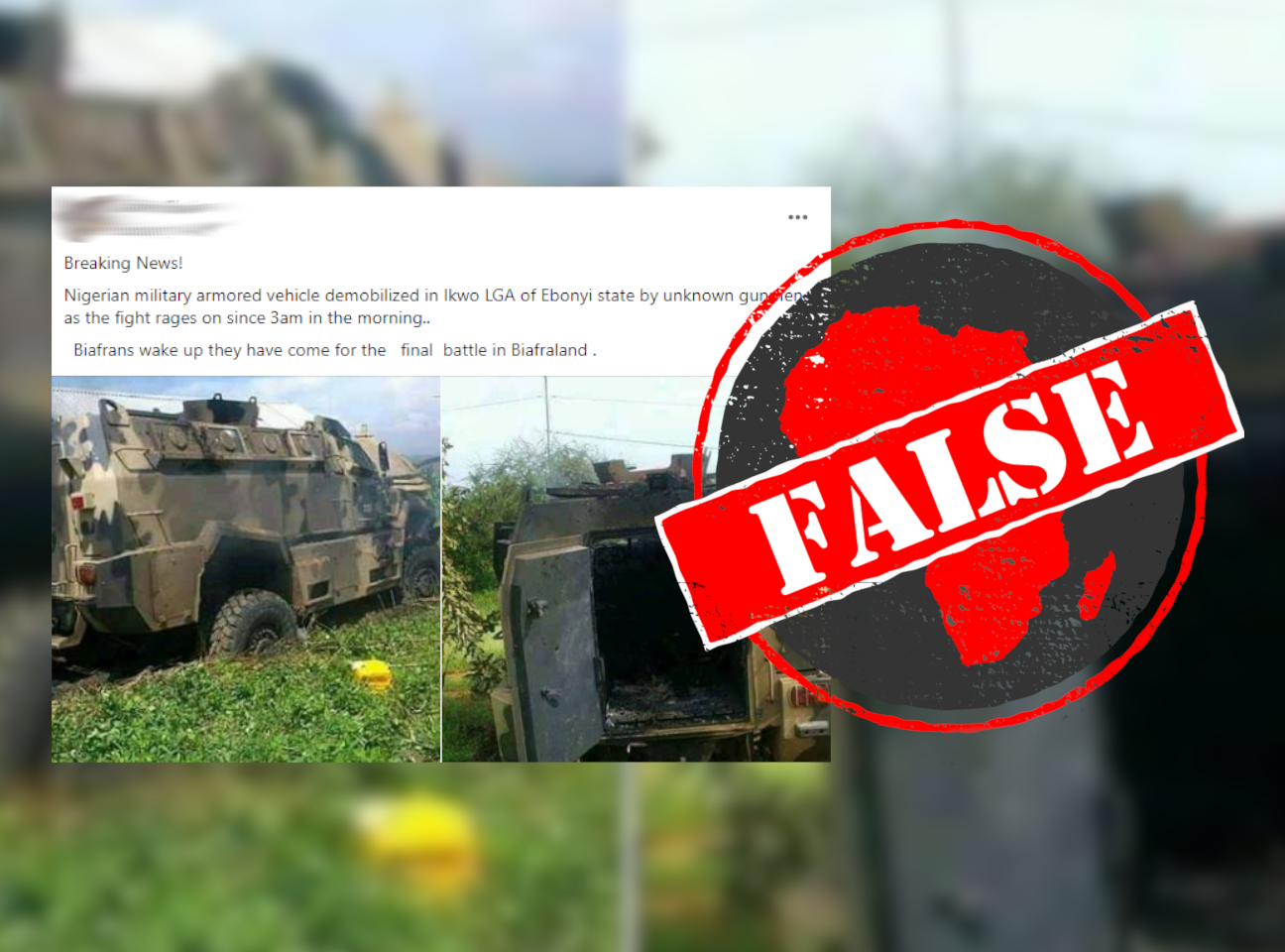 A Google reverse image search reveals that the photos were taken in Juba, the capital of South Sudan, in 2016. The show a wrecked and abandoned Sudan People’s Liberation Movement armoured personnel carrier.

They appear in a slideshow of photos in a Reuters article headlined: “South Sudan leaders order ceasefire as civil war fears grow”.

The caption of one reads: “A wreckage of a Sudan People’s Liberation Movement armored personnel carriers (APC) is seen abandoned after it was destroyed in renewed fighting in Juba, South Sudan, July 11, 2016. REUTERS/Stringer.”