Food distribution during Rwanda’s coronavirus lockdown? No, photo from Ramadan in the Gambia

A photo of hundreds of neat piles of bedding and food set out on a dusty stretch of ground was shared on Facebook in Kenya on 30 March 2020.

“#Happening now...Rwanda as a country providing food for its citizens. Meanwhile hapa Kenya ni mambo na 4G network wash your hands. Stay-at-home,” the post reads. (The Kiswahili translates as: “Meanwhile here in Kenya it's all about 4G network.”)

Rwanda began a two-week lockdown on 21 March to help stop the spread of the coronavirus. It’s since been extended for another two weeks.

On 30 March Rwanda’s media reported that the country had begun a food distribution campaign for the country’s vulnerable people during the lockdown.

Another post with the same photo reads: “This is what lockdown looks like in Rwanda and if you can't afford this to your people that's not lockdown but starving your people.”

The context is that Kenya is not shielding the vulnerable as well as Rwanda.

But does the photo show food distribution during Rwanda’s coronavirus lockdown? 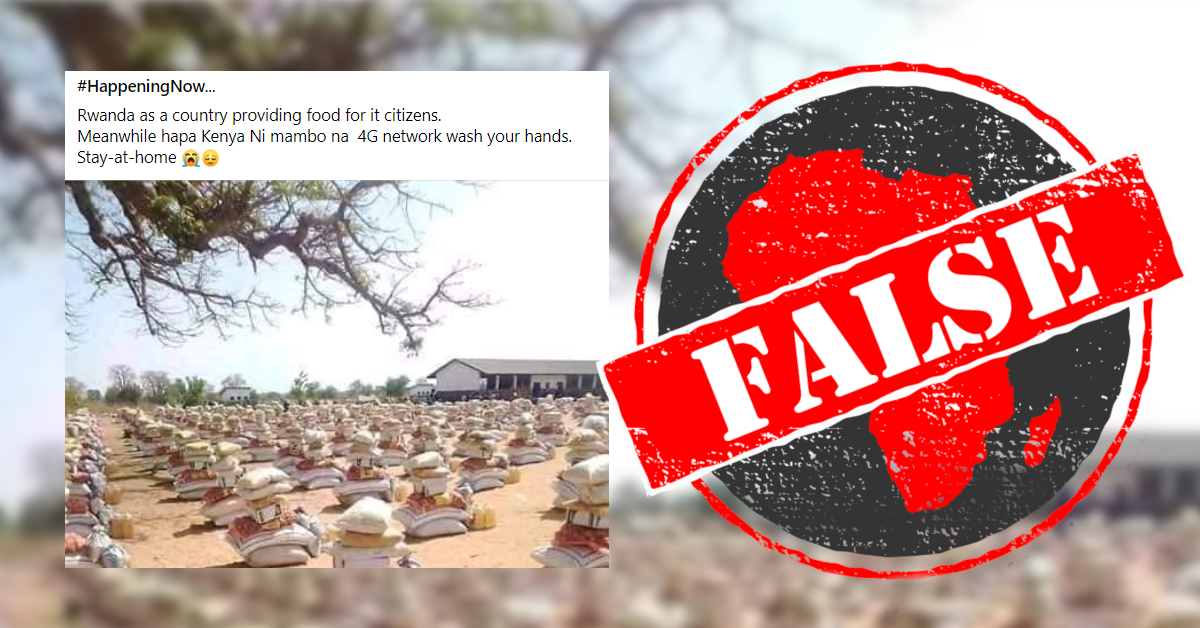 Food distribution in the Gambia during Ramadan

A reverse image search reveals that the photo was taken months before December 2019, when the new coronavirus was identified.

The image had already been featured in a June 2019 blog post. Here it’s described as food being distributed to needy people in the Gambia.

A reverse image search of another photo in the blog post brings up other platforms where the first photo has been published.

The scene is shown from different angles in a Facebook post from 17 May 2019. This says the food was distributed by a sheikh in the Gambia during the month of Ramadan.

A reverse image search of the photo of the sheikh led us to a video of the food being distributed. The video was posted on YouTube on 16 May 2019 with the caption: “Sheikh Alahagi Ebrima Dinding Sillah Reaching out to needy.”

The term “long Covid” is by now familiar for the symptoms many suffer months after infection with Covid-19.

UK ends all Covid restrictions after study? No, blog mangles announcement, letter to the Lancet and surveillance report

Japan has never had a Covid vaccine mandate – but warns of ‘rare’ heart inflammation side effect from Moderna vaccine, among young men