Africa Check often exposes fake front pages of Kenyan newspapers, designed to spread false information. Part of our evidence is social media alerts in which the newspapers post the fake front page – stamped “fake” – next to the real deal.

People behind this kind of disinformation have also adopted a different tactic: claiming a real front page is fake, and the fake one real.

In September 2020 two almost identical front pages of the Standard newspaper were posted on Facebook. The first has the headline “Uhuru call that shattered Ruto’s plans” and is stamped “fake”. The second, with the headline “How Oigara, KCB laundered 2B for Ruto”, is untouched.

Joshua Oigara is the chief executive of Kenya’s KCB Bank. William Ruto is the country’s deputy president, and Uhuru Kenyatta its president.

The two front pages were posted in a 115,000-member Facebook group with the comment: “Don't be dubbed [sic] into reading the wrong Headline. Yesterday, DCI launched investigations into money laundering claims at KCB bank by Ruto allie [sic] Oigara.”

But on 30 September 2020 Africa Check found that the genuine headline, for the front page of the Standard’s 25 September edition, was in fact “Uhuru call that shattered Ruto’s plans”. 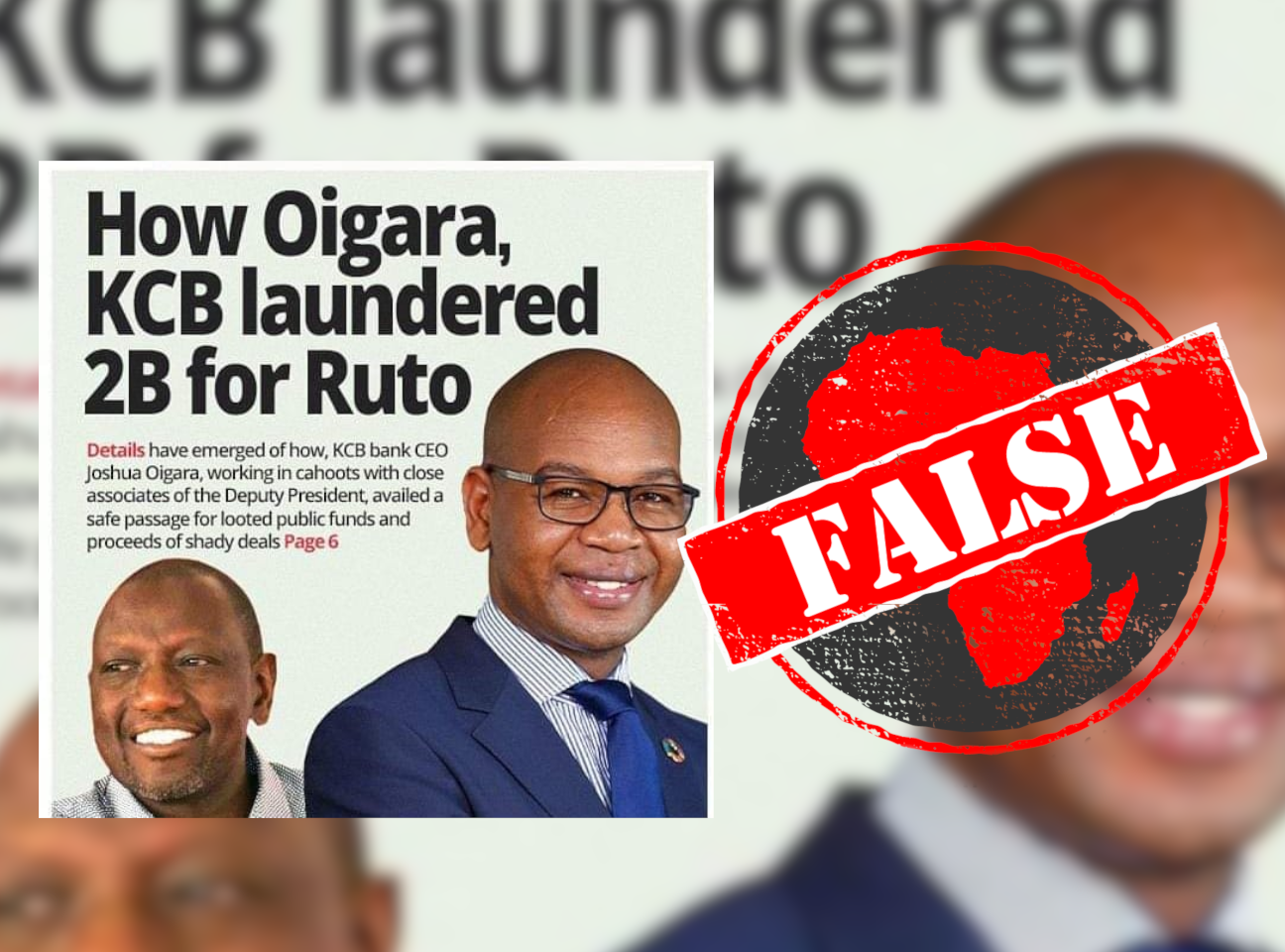 On 25 September 2020, when the fake front page first appeared on Facebook and Twitter, the Standard tweeted a caution that it was fake.

“We would like to inform the public that this headline on a supposed copy of The Standard is FAKE. Right image is the genuine front page,” the paper said.

We would like to inform the public that this headline on a supposed copy of The Standard is FAKE.

Grab a copy of The Standard at your nearest vendor,
Subscribe: https://t.co/C6ban4mrh8 pic.twitter.com/s3YHKBqMtH

But on the same day, an edited version of the Standard’s warning appeared on the Twitter account @TweetKenya. The front pages were swapped so that the real edition was labelled fake. This was, of course, itself fake.