A video showing a strange creature walking against the backdrop of rotating wind turbines at Ngong hills in Kajiado county in Kenya has got social media attention.

In the video, the giant, which appears to be as tall as the turbines, emerges from a forest on the horizon and climbs a hill before disappearing.

The user has captioned the video: “Muthesa itu...Mungu tusaidie. At ngong hills.” Translated from Kikuyu and Kiswahili this means: “An extraordinary tall person … God help us. At Ngong hills.”

Other users called it a “creature” and a “ghost” and said it was “terrifying”. 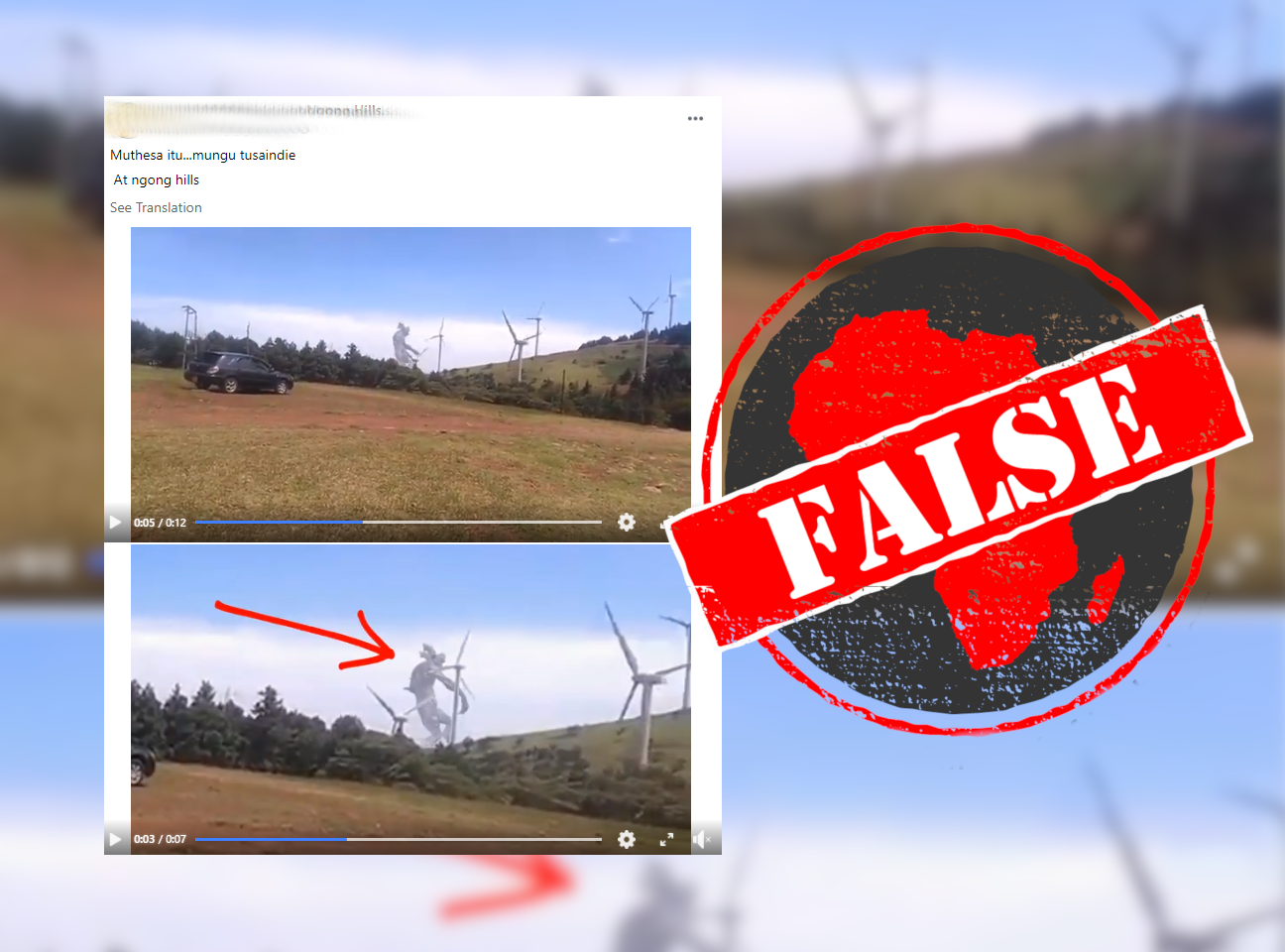 Africa Check searched for the video on YouTube using the words “Creature at Ngong Hills” and found a longer version of the video.

It was posted on a YouTube channel called “Paranormal World” on 16 November 2020. A shorter version was also reposted on the same channel on 24 November with the title: “Proof that giants exist and are still visiting earth.”

In the longer version, there are clues that the video has been heavily edited. For instance, at one point, a motorcycle is seen moving backwards instead of forward. Towards the end, people are also seen walking backwards.

The person running the channel clearly explains in the description of every video that they don't upload anything “real” and, as it also says on the about page for the channel, “videos on this channel are edited and for entertaining”.