Tweets published in Nigeria on 7 January 2021 share two photos of “rifles” and claim both were manufactured by the “engineering department” of the “Eastern Security Network”.

The Eastern Security Network is a security outfit set up by the Indigenous Peoples of Biafra, or Ipob, in late 2020.

Biafra is a region in south-eastern Nigeria. Its secession in 1967 sparked a civil war, and calls for its independence continue. Ipob, founded by Nnamdi Kanu, is one of the organisations leading the renewed agitation for Biafran independence.

The Eastern Security Network was established in reaction to Operation Amotekun, a government security plan set up in January 2020 to tackle kidnapping and other criminal activities in Nigeria’s South West geopolitical zone.

The tweets claim that Kanu has said “he would never import any weapons” and that in producing this weapon the Eastern Security Network has managed what Nigeria couldn’t do “for good 60 years”. 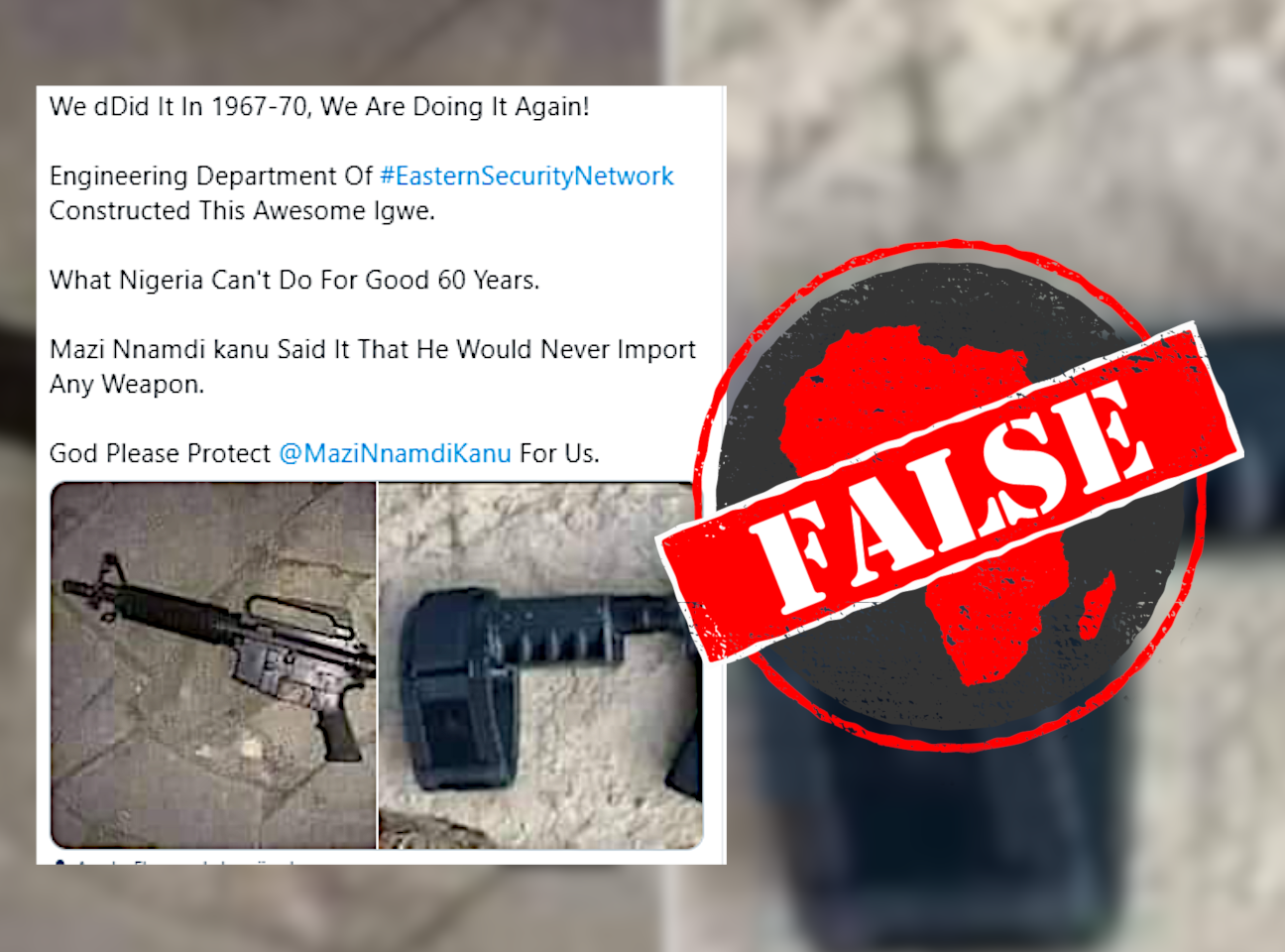 Google reverse image searches of the photos in the tweet reveal that both have been available online since long before the Eastern Security Network was established.

The photo on the left was first uploaded to Wikimedia Commons on 10 February 2008. The file is labelled “Colt SMG 635”.

The Colt M635 9 millimeter submachine gun, known as both the Colt 9 millimeter SMG and the Colt Model 635, is manufactured by US firearms manufacturer Colt. The firearm was apparently first developed in 1982 and we could find no indication of any link to either Nigeria or pro-Biafran independence groups.

A reverse image search of the other photo leads to a listing from November 2015 on Armslist, a US-based firearm marketplace where private sellers advertise guns. It is listed as a “Colt SMG 10.5”, and appears to be a different configuration of the same submachine gun as in the first photo.

Claims that the Eastern Security Network manufactured the weapons pictured are false.