Highway robbery video from Botswana, not Uganda or South Africa (or Kenya)

A video of motorists under attack on a highway at night has been shared widely on social media across Africa.

The video shows a group of five people crossing a dual carriageway and attacking motorists in cars that appear to be stopped in slow-moving traffic.

On 23 February 2022 Africa Check debunked the claim that it showed attacks on Kenya’s Thika Kenol superhighway.

But on 15 February the video was already making the rounds on Facebook in Uganda, with the claim that the incident took place on John Babiha Ave in the Ugandan capital Kampala.

The video has also been shared with the claim it shows South Africa, with the Kiswahili caption: “Pale South Africa kukwama kwa traffic ni ngori mazee.”

This roughly translates to: “In South Africa getting stuck in traffic is dangerous.”

So, where is this video really from? We checked. 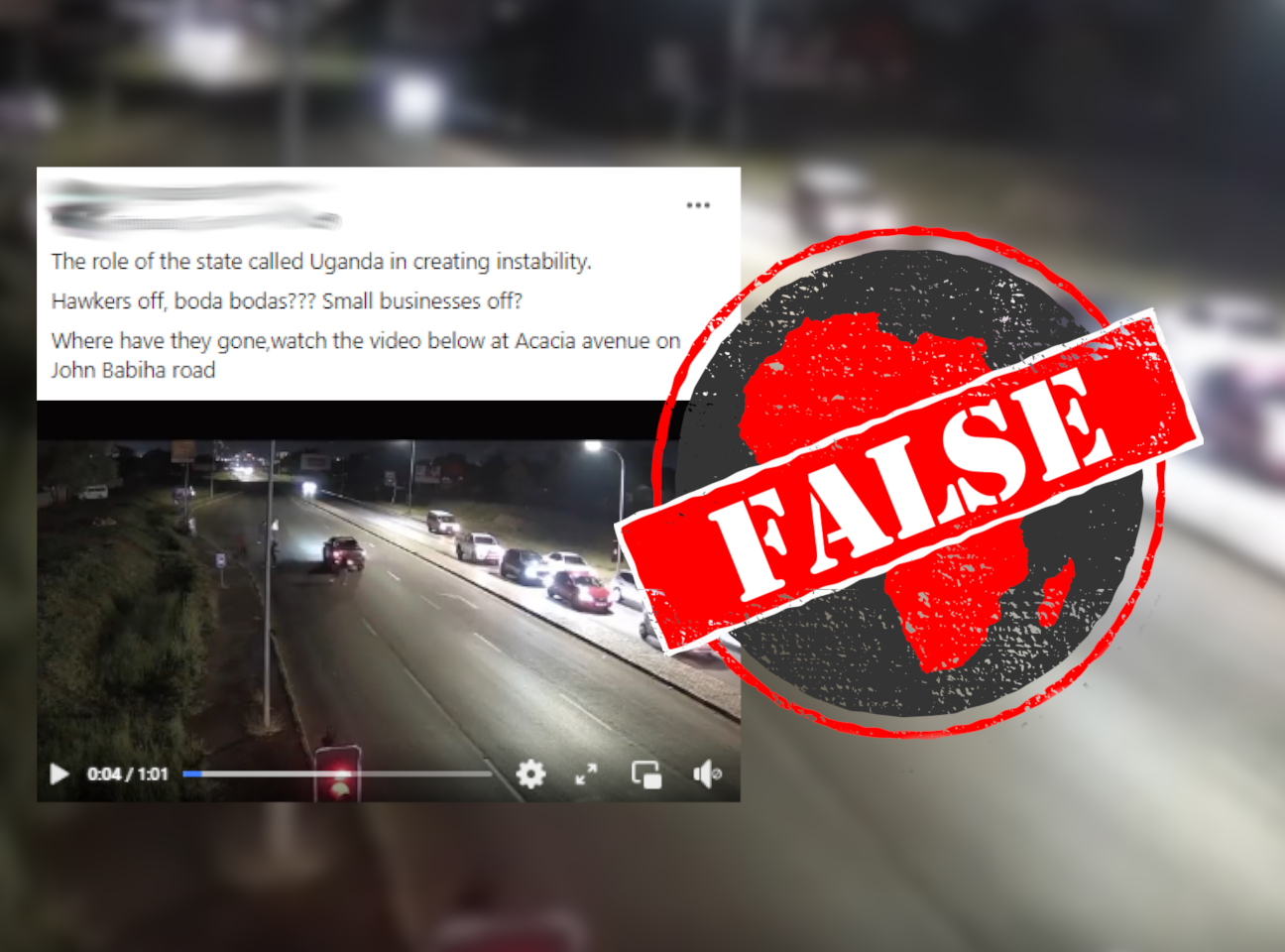 On 15 February 2022, the deputy spokesperson for the Uganda Police Force  Claire Nabakka dismissed the claim that the video was filmed in Uganda on Twitter.

Nabakka told Ugandans to “disregard” the video as the robbery took place in Botswana and not Uganda.

A Google reverse image search of a screenshot from the video confirms that it was filmed in Botswana, on 11 February 2022.

The Botswana Police Service asked the public to help identify the suspects, explaining that the incident took place in Botswana’s capital city, Gaborone, on 11 February.