Ahead of the Kenyan general election set for August 2022, politicians in the country are already holding rallies, with large crowds seen as proof of popularity.

On 26 November 2021, the same day as deputy president William Ruto’s visit to Nyandarua county northwest of the capital Nairobi, a photo of a large crowd was shared on Facebook.

“Nyandarua ready to welcome William Samoei Ruto,” read one caption to the photo.

Another caption read: “The party is growing every day. Ruto was highly received in nyandarua, millions of hustlers.”

Ruto is perceived as the frontrunner for Kenya’s presidency in the August general elections. He has repeatedly used “hustlers” and “hustler nation” as political branding in his campaign.

But does this photo show a crowd of Ruto supporters in Nyandarua? We checked. 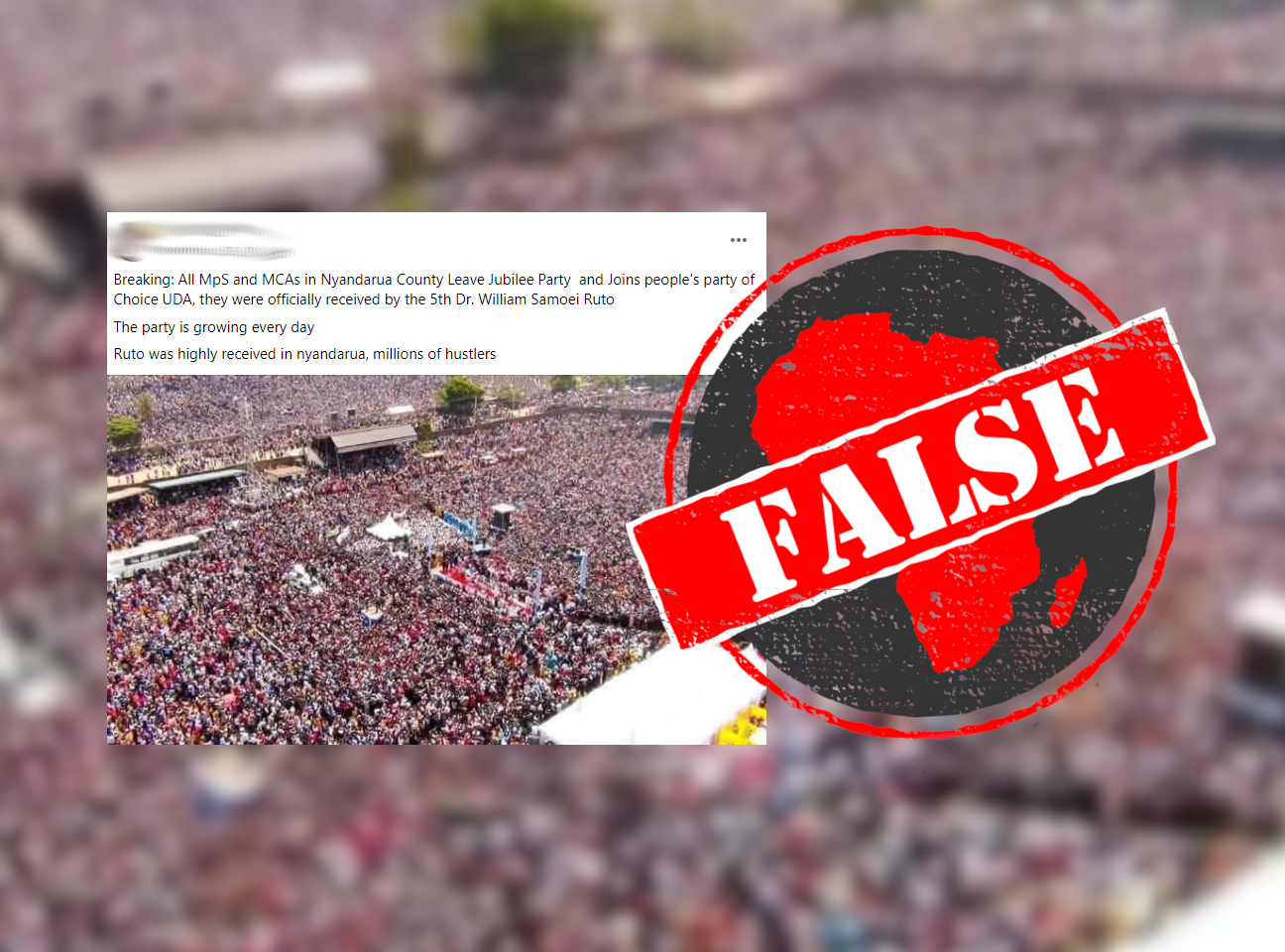 A reverse image search lead us to the photo published with the hashtag #HistoricRepentanceRevival.

It appeared online on Twitter as early as September 2019 and all who tweeted it said it showed a prayer meeting by Kenyan self-styled prophet David Owuor.

Similar photos were published around the same time, in September 2019. The photo is unrelated to Ruto’s rally in November 2021.