An image of what appears to be the front page of the Star newspaper has become an instant hit on Kenya’s social media platforms.

The 1 March 2021 headline on the front page reads: “It's Kiunjuri for Ruto’s running mate.”

The summary below the headline is: “As part of his larger strategy of netting the vote-rich Mt Kenya block, the deputy president has settled for the former agriculture CS as his second in command in his 2022 State House bid.”

Ruto has declared his intention to run for president in Kenya’s next general election, slated for August 2022. Kiunjuri is a close ally of Ruto and has been reported to be eyeing the position of president.

But was this really the front page of the Star newspaper on 1 March 2021? 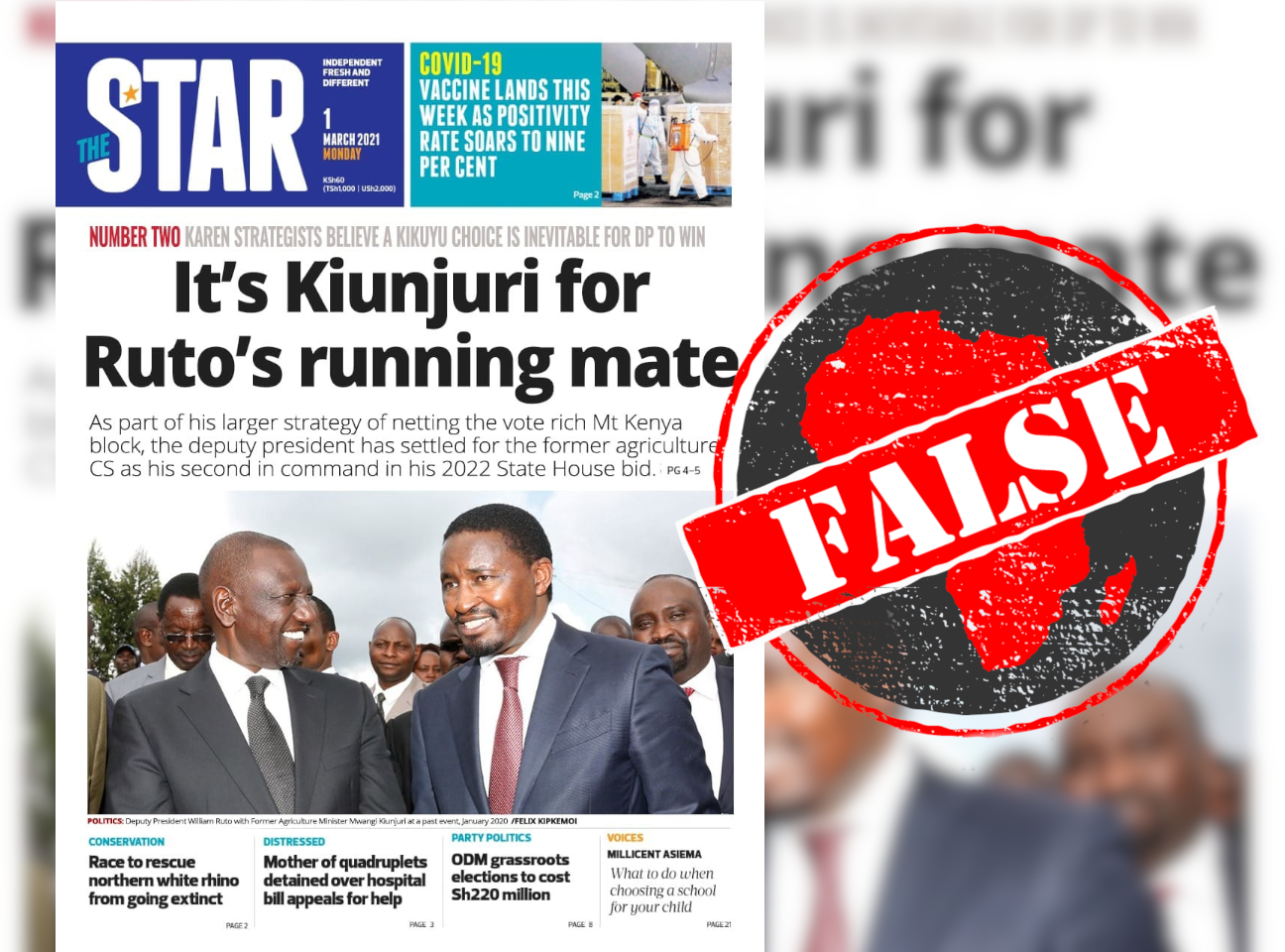 The deputy president is an active social media user and posts about his political movements on his verified Facebook and Twitter pages. But he has not announced his running mate for the elections.

The Star newspaper usually publishes digital front pages on its social media accounts. But the one published for 1 March is different from the one attracting political debate.

The newspaper has also tweeted images of the authentic and fake versions of the front page from 1 March. It stamped the manipulated front page as “fake”.