An image that appears to be the front page of the British newspaper the Guardian has attracted social media attention in Kenya. It has been shared in a number of Facebook groups with over a million members.

It shows the headline “Michael Spencer Accused of funding Congo militia” and features a photo of a balding white man. It is dated 12 December 2019.

But it was being shared on social media just days after Kenyan local dailies reported on 7 January 2022 that Kenyan legislator Oscar Sudi had been briefly detained at Nairobi’s regional Wilson airport with Michael Spencer and one other man.

But who is Spencer and did the Guardian report in 2019 that he stood accused of “funding Congo militia”? We checked. 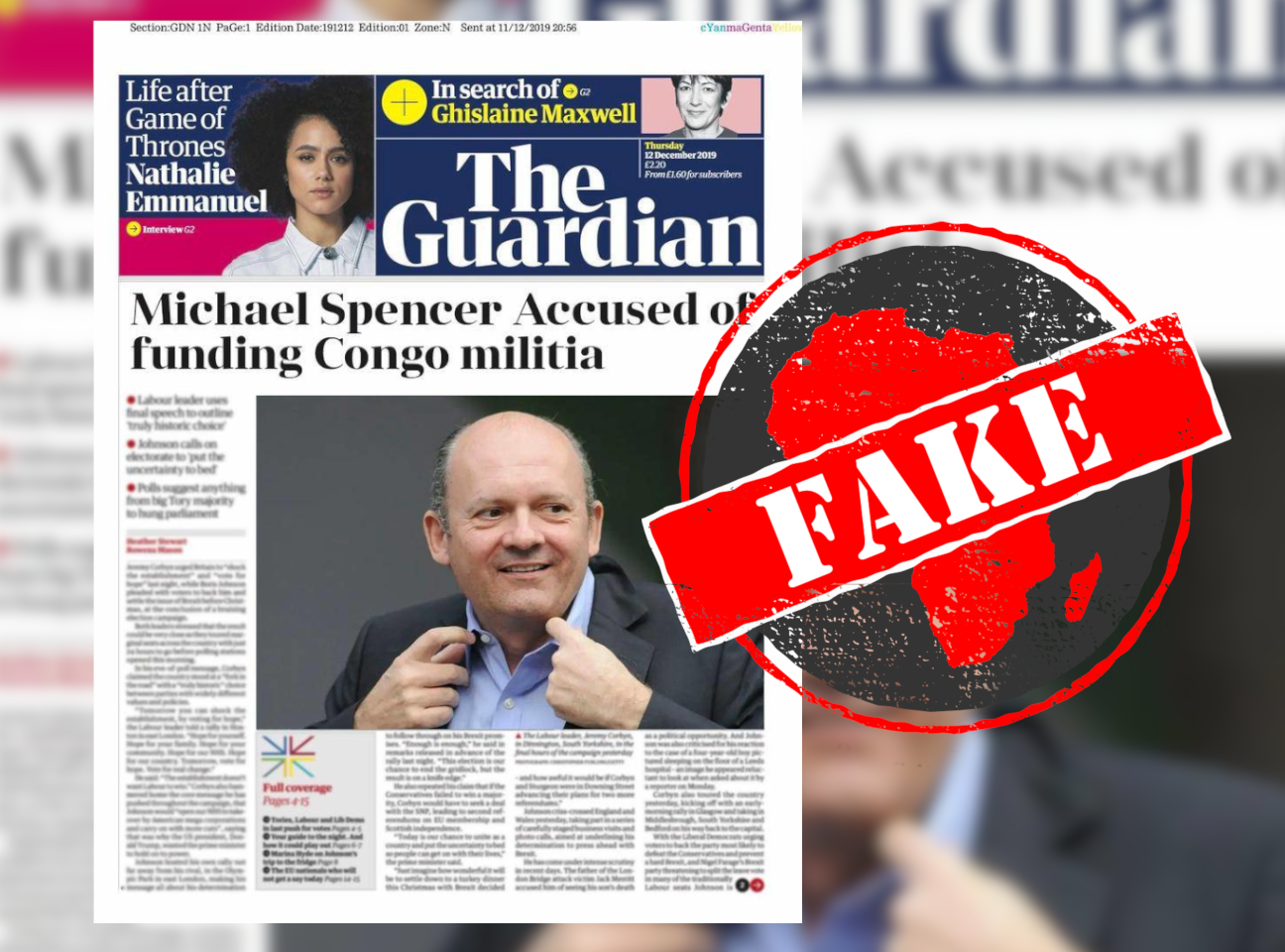 The Star newspaper called Spencer a “British billionaire philanthropist”. He sits in the UK’s second chamber of parliament, the House of Lords. Spencer’s elevation to the House was criticised in the British media.

The photo on the Guardian front page shared on social media is the same as a photo of Spencer published elsewhere.

Sudi is a close ally to deputy president William Ruto. Ruto is running for president on the United Democratic Alliance (UDA) ticket in the August 2022 Kenyan elections.

In the image the text of the article is blurry. This is a warning sign that the whole front page may have been altered or digitally manipulated.

A reverse image search of the image led to the real front page of the Guardian on 12 December 2019. And it shows a completely different headline: “Corbyn urges voters to deliver ‘shock to the establishment’.”

The photo is of Jeremy Corbyn, former leader of the Labour Party, the official opposition in the UK.

The Guardian front page shared on social media in Kenya was digitally manipulated. The newspaper has not published a story headlined “Michael Spencer Accused of funding Congo militia”.