A graphic posted on Facebook on 6 March 2022 claimed that Kenyan deputy president William Ruto cut short a 10-day trip to the United States and the United Kingdom.

Text in the graphic reads: “Sources indicate that DP Ruto is expected back in the country today after being advised by his campaign team that meeting low level officials in the UK would make the 'tourist' tag being placed on him by the public stick. This is after several institutions he was to visit silently withdrew their invitations.”

But did Ruto abruptly cut short his trip and did NTV report about it? We checked. 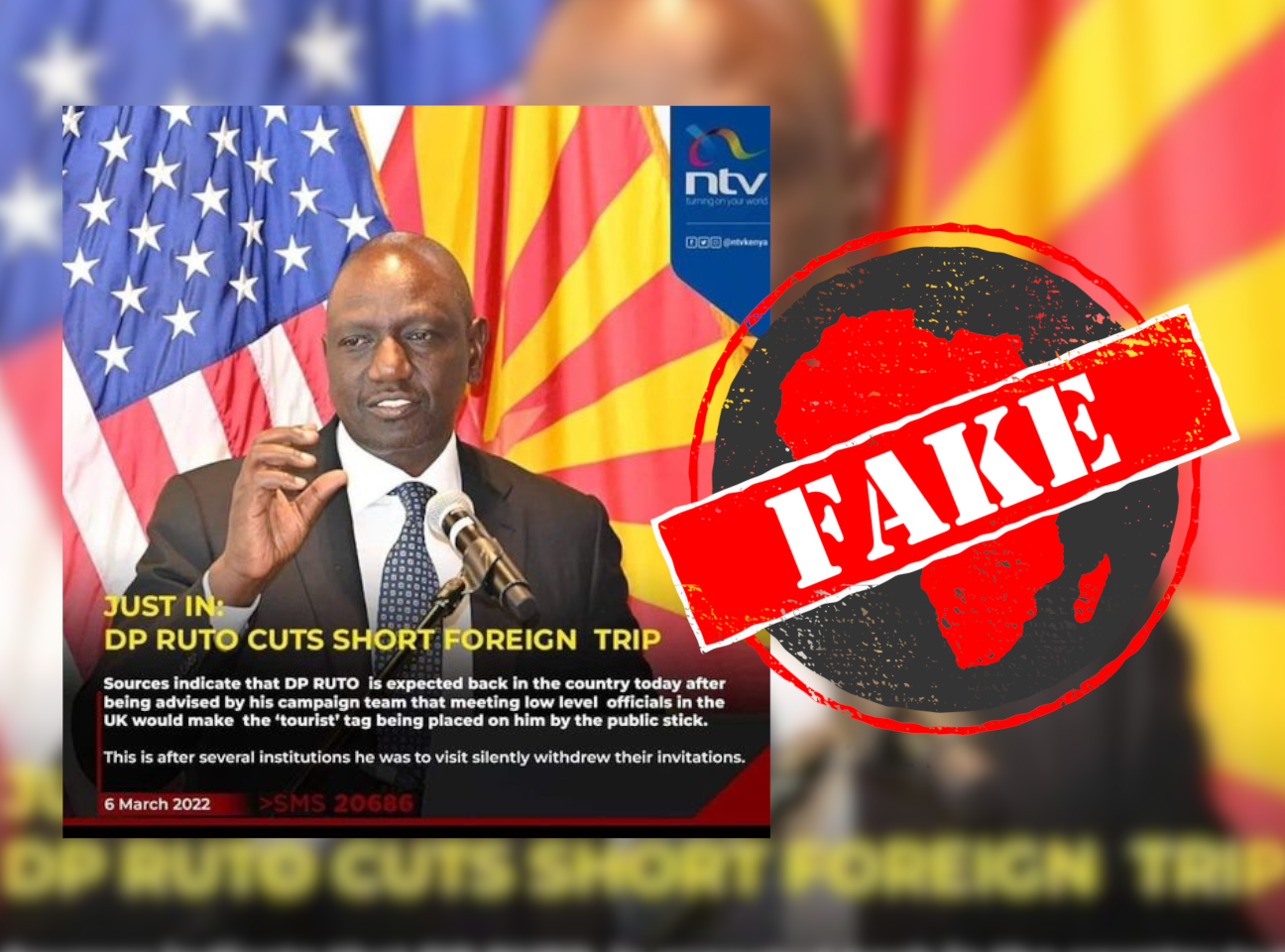 The graphic claimed Ruto was “expected back in the country today”. But on 6 March Hussein Mohammed, the communications director of Ruto’s presidential campaign, said his boss was headed to London, the UK capital, from the US.

On 6 March, according to the Nation newspaper, Ruto met Kenyans living in the UK. The next day he met the Archbishop of Canterbury, who is considered the head of the Anglican church.

Ruto also spoke at Chatham House, a thinktank in London, about his presidential ambitions on 7 March. On 8 March he met with senior British government officials .

Ruto was not in Kenya on 6 March.