Odinga is leader of the Orange Democratic Movement (ODM) and running for president in Kenya’s August 2022 general elections.

Sudi is a member of the United Democratic Alliance and a supporter of its leader, Kenyan deputy president William Ruto, who is also vying for president in the elections.

The graphic shows a photo of Sudi and the logo of Kenyans.co.ke, a digital news outlet, implying it was published by them.

This roughly translates to: “Raila should not bother with going to India. His child will definitely die, just like the other one. He must stop joking with our God.”

The claim comes days after local media reported that Odinga had travelled to India with his daughter Rosemary for her to receive treatment for an eye condition. The former prime minister’s son Fidel died in January 2015.

Africa Check has found at least 45 examples of the graphic being shared on Facebook.

But did Kenyans.co.ke report that Sudi made this callous remark? We checked. 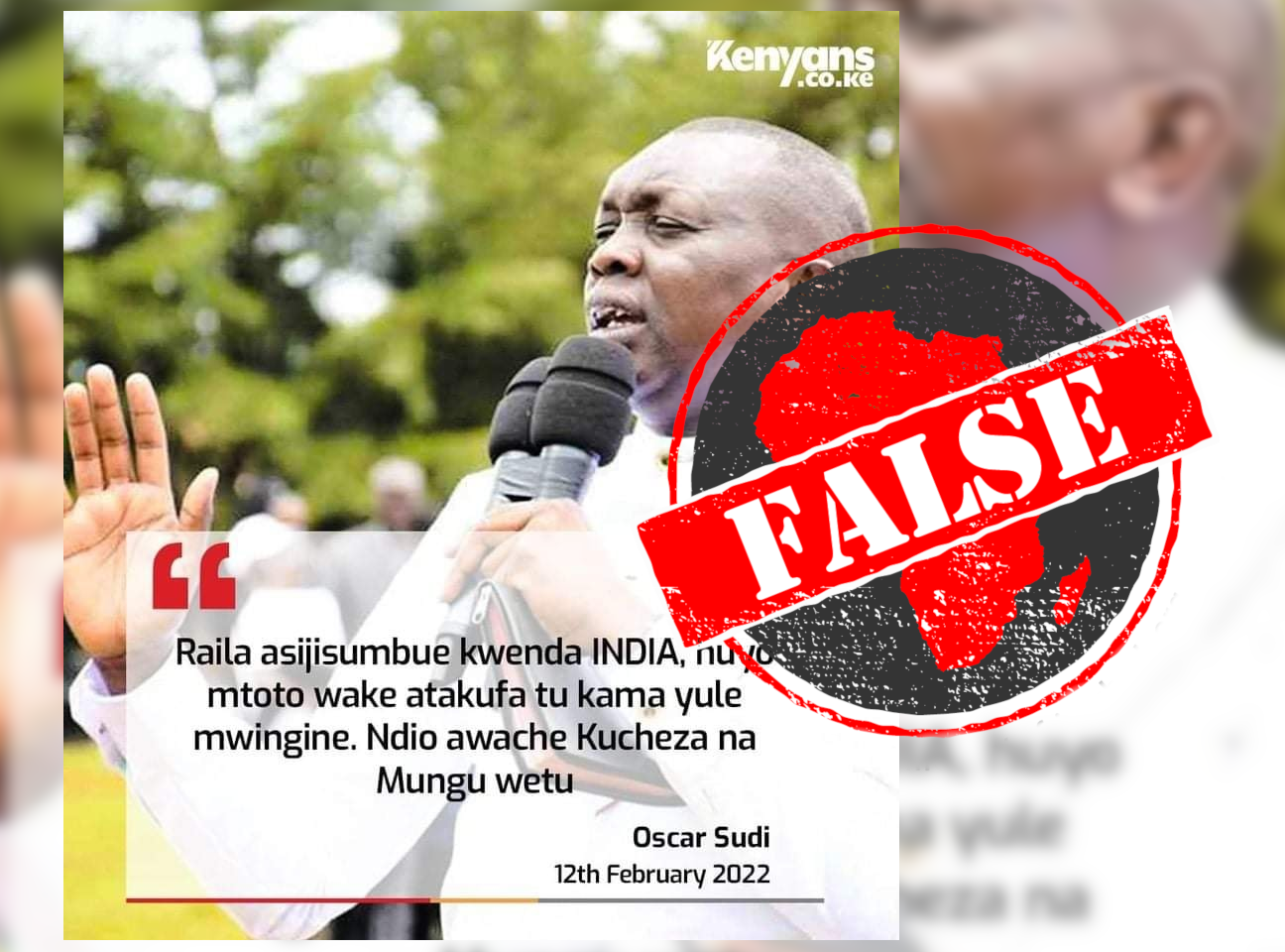 ‘Did not emanate from our media house,’ says Kenyans.co.ke

On 13 February, the digital news outlet took to social media to dismiss the viral graphic, sharing it on Facebook and Twitter with “FAKE” stamped across it.

“This post did not emanate from our media house,” the outlet posted. “It does not conform to the in-house branding rules and did not go through the multiple approval checks set in place to prevent misreporting. We, therefore, flag it as FAKE.”