A graphic posted on Facebook, branded with the logo of local news site Kenyans.co.ke, attributes a quote to Kenyan opposition politician Martha Karua, pictured on the graphic.

The graphic, dated 23 January 2022, was published widely, including here, here, here and here. Africa Check found over 100 other instances of the graphic shared on Facebook.

The quote reads: “I cannot attend an event that is a coalition of thieves! I wish my brother Musalia Mudavadi well; we hoped to create a movement that has clean hands but greed overrides everything. Kenyans open your eyes."

Mudavadi is also an opposition politician. It was announced on 23 January 2022 that he had teamed up with Kenyan deputy president William Ruto in a new alliance upending the country’s political landscape.

Karua and Mudavadi met in October 2021 and had another meeting in November 2021 where it was reported that they had discussed an alliance ahead of the August 2022 elections. So the quote in the graphic could be true – but is it? 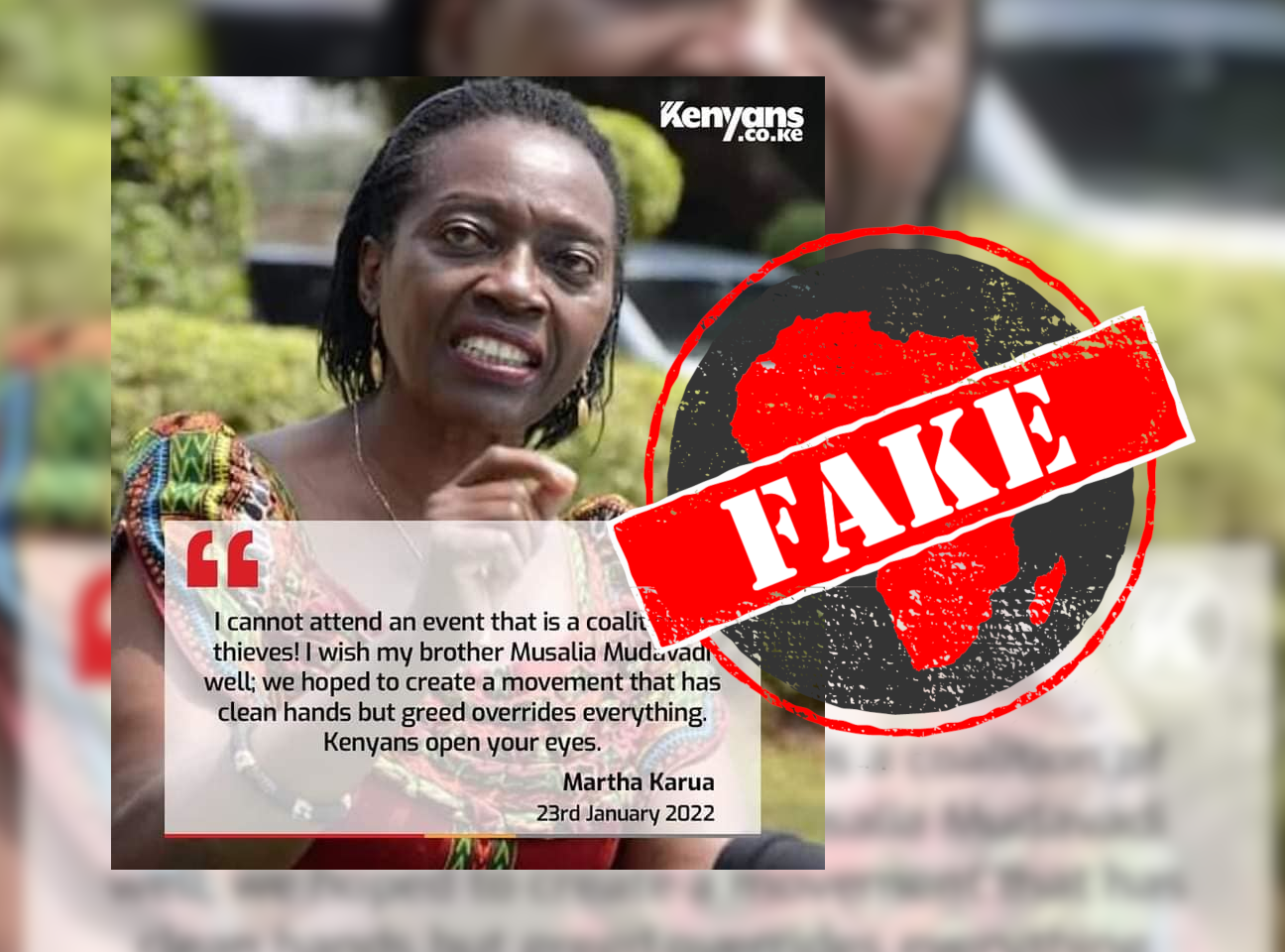 Karua tweeted the graphic but labelled it “fake”.

News site Kenyans.co.ke did the same. They wrote: “This post did not emanate from our media house. It does not conform to the in-house branding rules and did not go through the multiple approval checks set in place to prevent misreporting. We, therefore, flag it as FAKE.”