An ad posted on Facebook claims Kenya’s National Police Service (NPS) is running “recruitment for police constables” across all 47 counties of the country.

The ad says the application is open for Kenyan citizens who have a national identity card, are physically fit and of sound mind, with no criminal record or pending charges.

Despite this suspicious detail, could the ad be legit? We checked. 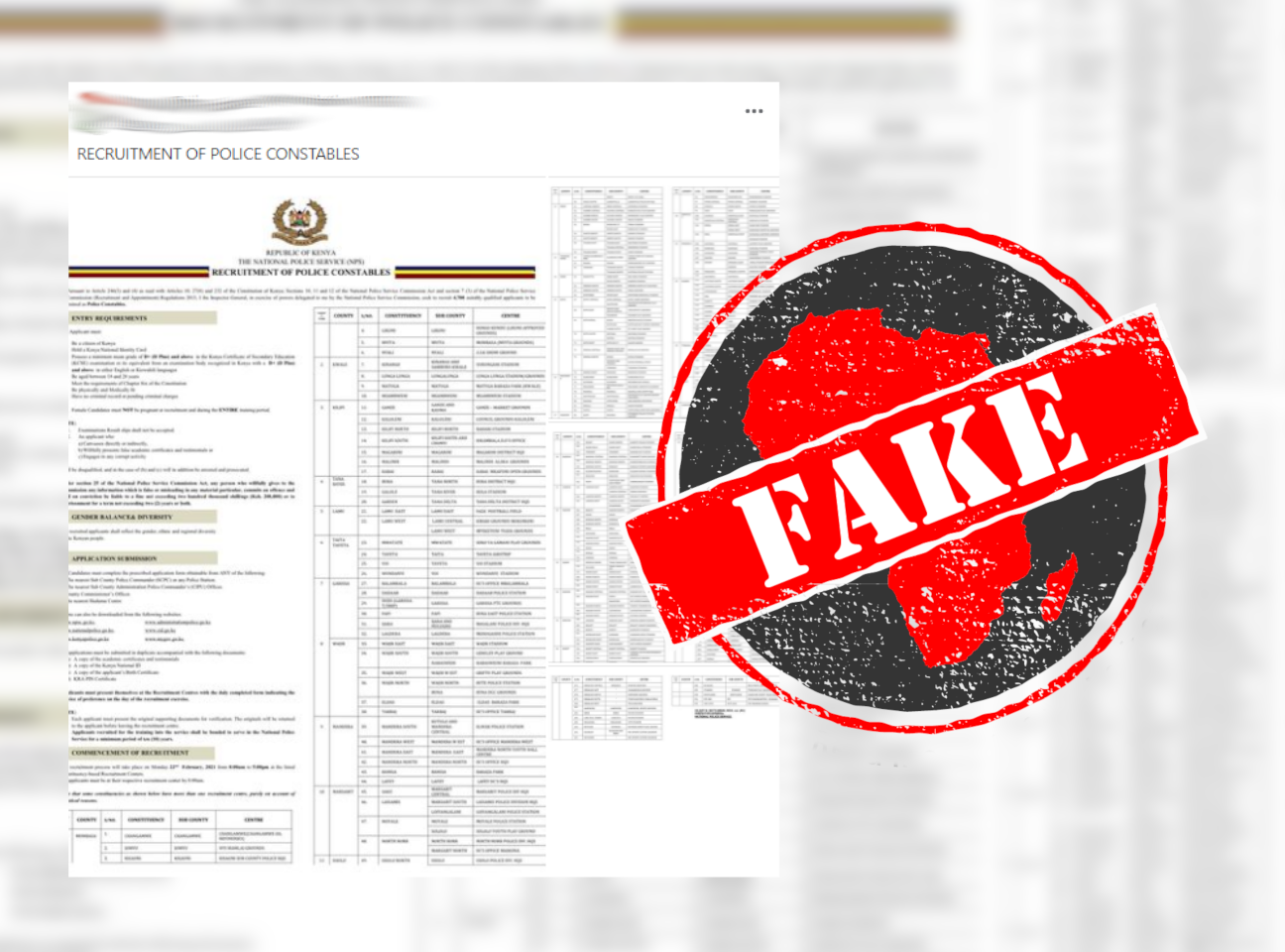 Ad ‘should be treated as a scam’, say police

We searched the NPS website for the ad for police constables but could not find it.

On 12 February on their verified Twitter account the NPS said the ad was “fake and should be treated as a scam”.

The police tweeted: “Fraudsters and con men prey on unsuspecting Kenyans [to] defraud them through such scams.”

They added that recruitment announcements were “done through mainstream media and NOT through online publications” and would be published on police and police service commission websites.