A screenshot of an article posted on Facebook in April 2021 says the International Monetary Fund (IMF) will take milk processor Brookside Dairy as collateral for a loan to Kenya’s government.

“IMF under pressure agrees to take Brookside Dairy as collateral for the GoK [government of Kenya] loan,” its headline reads.

In April, the IMF approved a three-year US$2.34 billion (KSh255 billion) loan to fund the next phase of Kenya’s Covid-19 response, sparking outrage on social media. Many feared the loan would be misused by president Uhuru Kenyatta’s government.

The screenshot was posted with the comment: “Will Uhuru give up Brookside?” The Kenyatta family owns 50% of the dairy company, Kenya’s largest.

But has the IMF “agreed” to take Brookside Dairy as collateral for its loan to the Kenyan government? 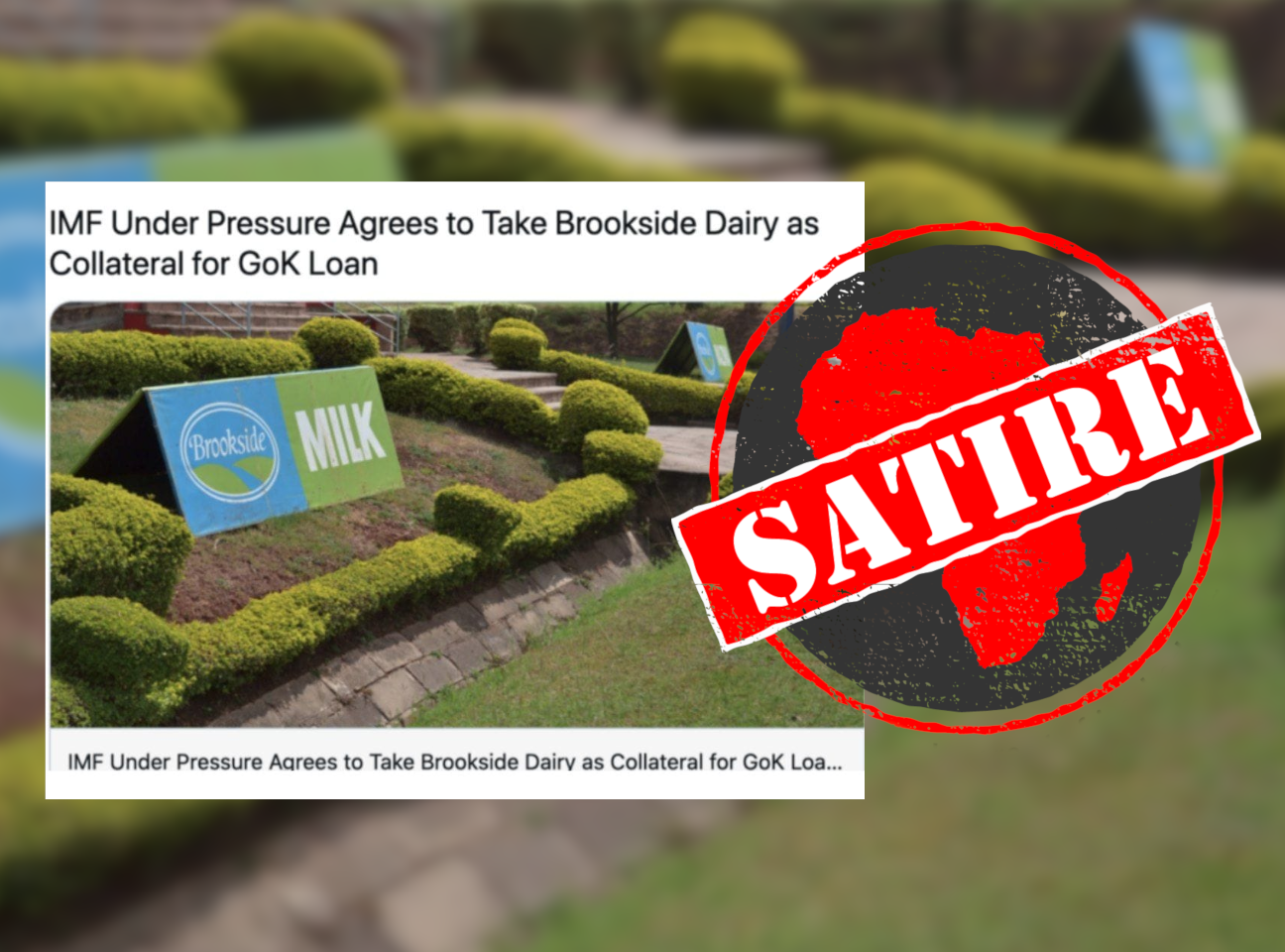 A Google search for the headline’s exact words led us to an article on the Posta Mate website. This was clearly the article the screenshot was taken from.

But Posta Mate’s tagline is “Home of Satire and Sarcasm”. It is a satirical website, not meant to be taken seriously.

Satire is a broad category, but can be defined as “the use of humour, irony, exaggeration or ridicule to expose and criticize people’s stupidity or vices”.

It adds that the IMF taking the company as collateral is a strategy to prevent government leadership from looting the loan funds.