Joke turned to miracle? Except for leap years, every February has exactly four of each day of the week

“This coming February cannot come in your life time again,” reads a message circulating on Facebook in South Africa since January 2022.

It then says: “This happens once every 823 years. This is called MiracleIn.” Some versions say it’s “called money bags based on Chinese feng shui”.

Other versions go further and stranger, adding: “So send to at least 5 people or 5 groups and a miracle will happen within 4 days. Based on unexplainable biblical miracles. Send within 11 minutes of reading.”

But a little basic maths shows it’s not true that this pattern of February days occurs only once every 823 years, and “cannot come in your life time again”. 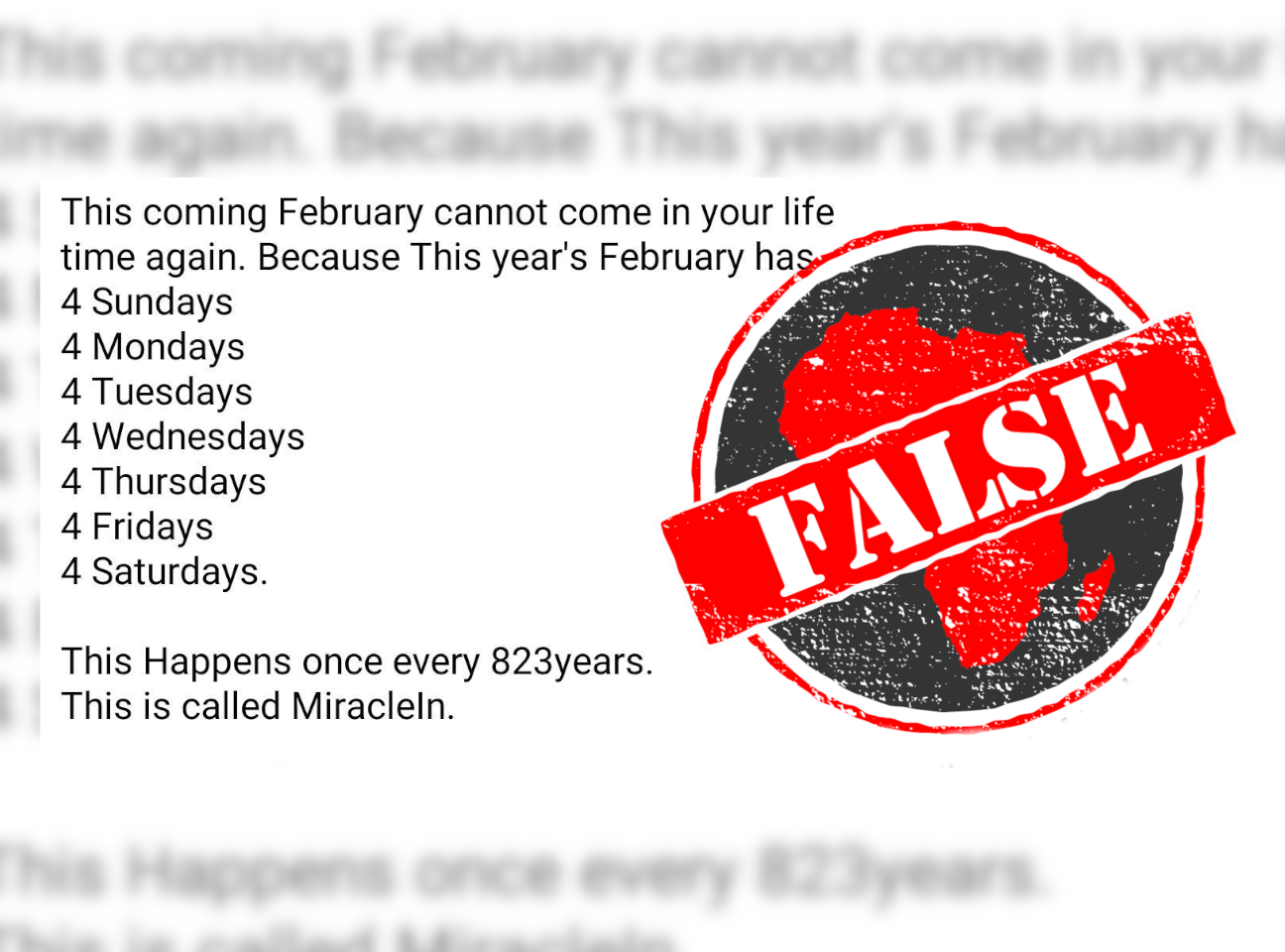 The months of the year have either 30 days (April, June, September and November) or 31 days (January, March, May, July, August, October and December). February is different. It has 28 days, except during leap years. More on this later.

A week has seven days. Twenty-eight divided by seven is four.

Every 28-day February has exactly four of each day of the week: four Mondays, four Tuesdays and so on. If the month starts on, say, a Monday, it will end on a Tuesday. It happened in 2021, will happen this February and will happen again in 2023.

The exception is leap years, when February has 29 days and so will have five of one particular day of the week.

The Gregorian calendar used by most countries of the world needs to keep in line with the seasons to ensure that winter, spring, summer and autumn fall in the same months of every year. To do this, it has to keep time with Earth’s rotation around our sun.

Most years have 365 days. But Earth circles the sun once every 365.2422 days. The 0.2422 fraction of a day eventually adds up and, without leap years, would eventually throw the calendar out of whack with the seasons.

The message seems to spread online every year that isn’t a leap year. It may have originated as a joke, but its circulation with quasi-religious messages indicates that some people take it seriously.

There’s no such thing as a “MiracleIn” in the Gregorian calendar. An online search for “MiracleIn” only returned more versions of the claim, and more people debunking it.