“If we do not change the patterns of property ownership in SA, whites will continue to think that they are superior because they own the means of production,” Ramaphosa agrees with Malema on land expropriation

But Ramaphosa said no such thing. 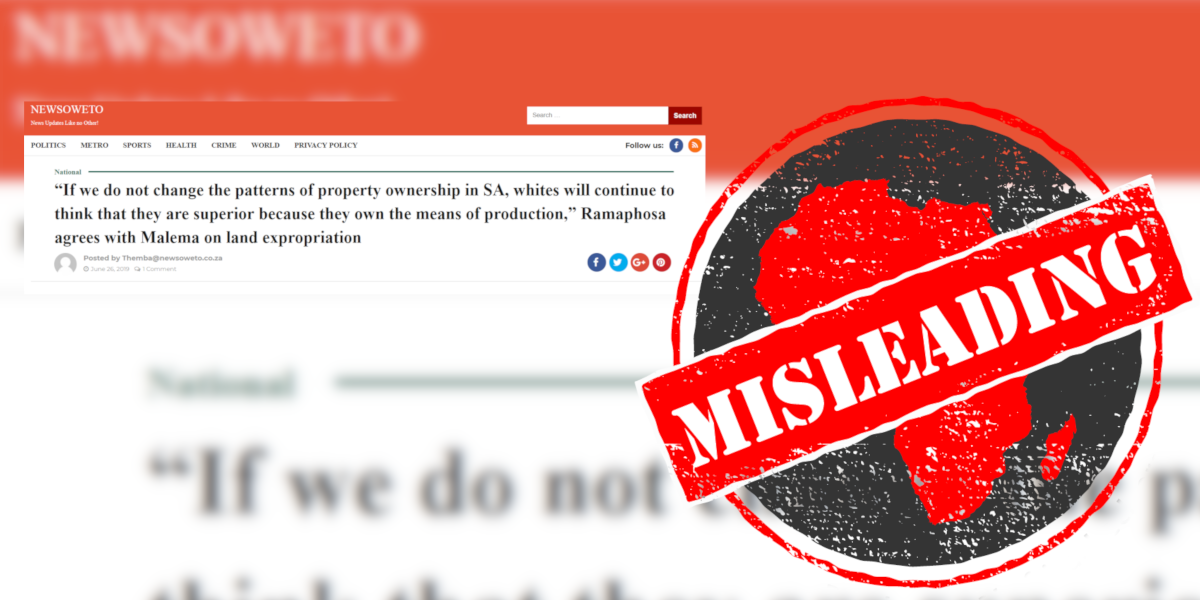 Africa Check copied the first paragraph of the Newsoweto article and pasted it into Google.

First in the list of results was an article by South African newspaper, the Citizen. Newsoweto had simply copied the article and published it on their website, with a different headline.

A proper reading of the article shows it was not Ramaphosa quoted in the Newsoweto headline. The words were by Julius Malema, leader of the EFF.

During a June 2019 parliamentary debate on Ramaphosa’s state of the nation address, Malema accused the ANC of adopting a policy on land expropriation without “meaning it”.

Ramaphosa later said that South Africa would not solve its social ills “without addressing the question of land”. But he said nothing about white people thinking they were superior “because they own the means of production”. – Africa Check