An election poster circulating on Facebook in January 2022 suggests that Kenyan member of parliament Richard Onyonka is standing for the governor’s seat in Kisii county, west of the capital Nairobi. Kenya is set to hold general elections in August.

Onyonka defected from the Ford Kenya party to the ODM in November. Earlier reports said he was keen on the Kisii governor’s seat, but is now said to be eyeing the senate seat.

Has the lawmaker changed his mind again? We checked. 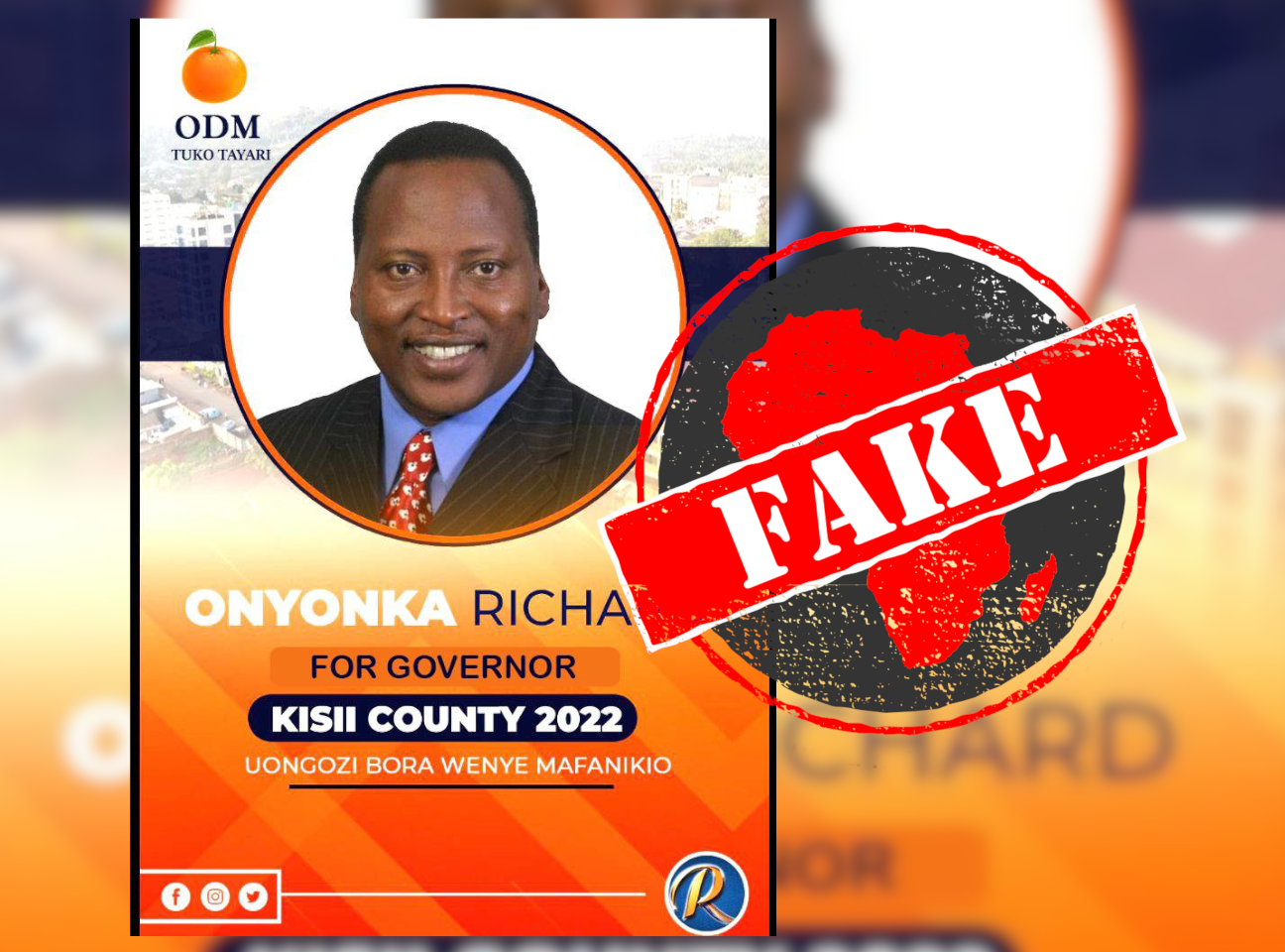 ‘I am running for senator’

Africa Check reached out to Onyonka to clarify. In a text message, Onyonka dismissed the poster as fake.

“What was posted on Facebook about me running for governor is fake news! I am running for senator,” he told us.