For three days after leaders from across the country led Kenyans in viewing his body lying at the parliament buildings. And an image showing deputy president William Ruto walking past the body with a huge grin on his face started doing the rounds on Facebook.

“An evil man is known by his deed's,” reads one caption to the image. “We are mourning as a nation, especially us kikuyus and Terrorist Guarantor couldn't hide his joy while viewing The late Mzee Mwai Kibaki body. Remember same Ruto caused the 2007 bloodshed of our people.”

Another version of the image is in a screenshot of a tweet by a political analyst. The image has been posted on several Facebook groups.

But is it real? We checked. 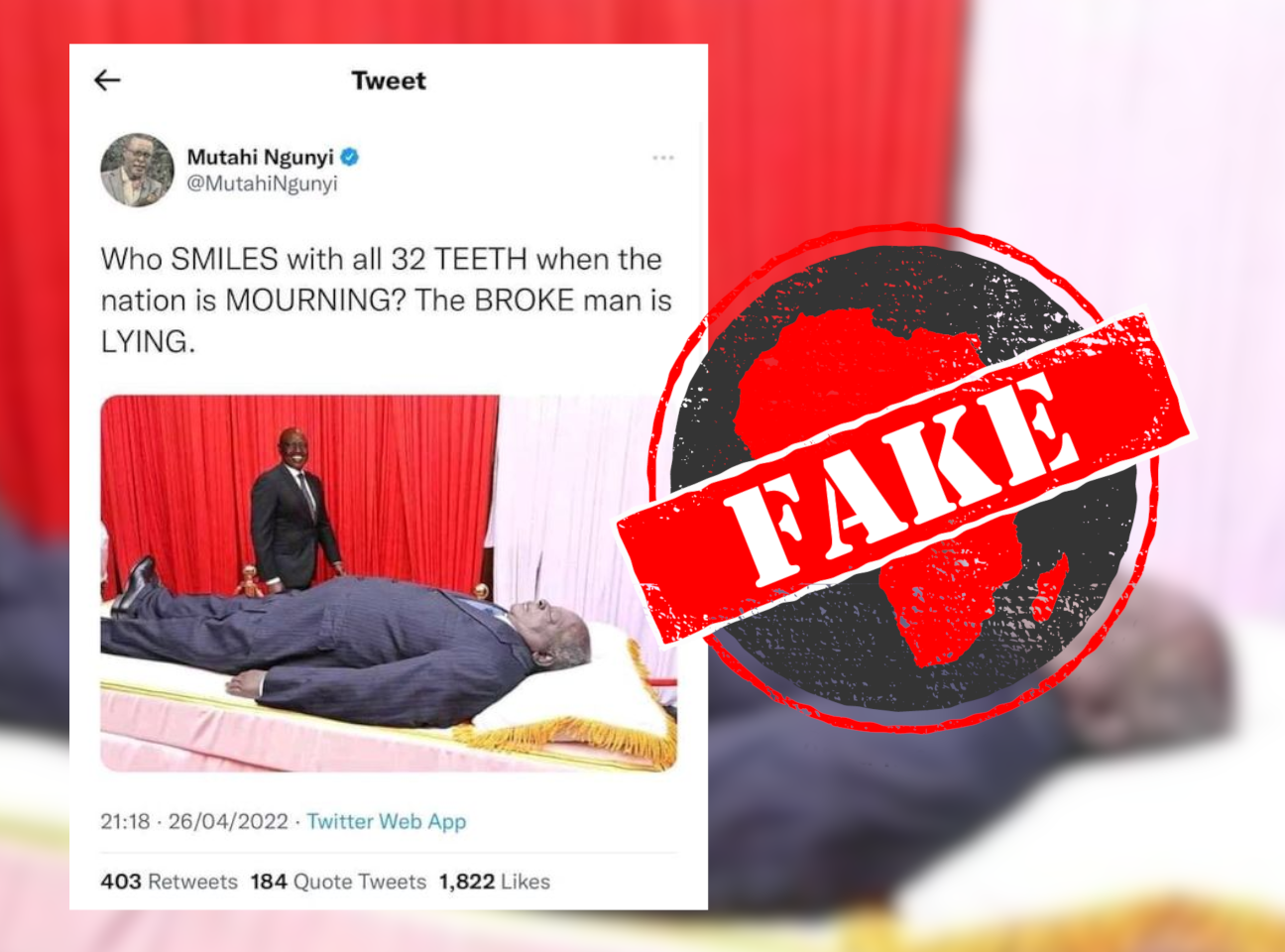 No smile in original photo, videos

A reverse image search led us to the original version of the photo, published by Capital News on 25 April. Ruto is standing next to Kibaki’s body, his head bowed and hands clasped.

And videos we found of Ruto viewing the former president’s body to not show him smiling at any point.

The image has been altered.