An image showing Kenyan deputy president William Ruto holding a machete over his right shoulder has been circulating on Facebook.

Ruto is vying for the presidency in the Kenyan general election scheduled for 9 August 2022.

The image, posted on a Facebook page with more than 43,000 followers, has been shared widely since April.

But where was this photo taken and was Ruto really holding a machete? We checked. 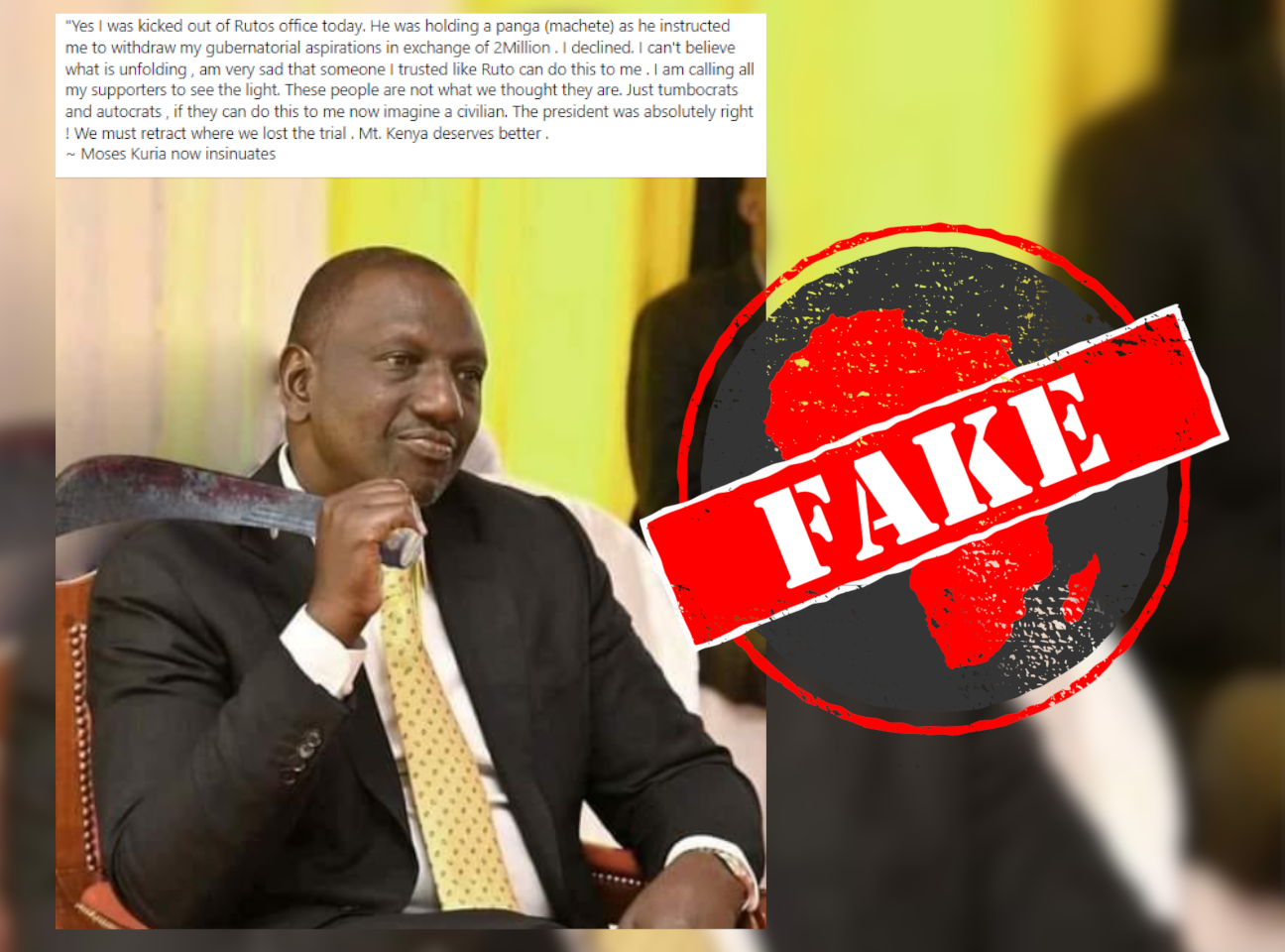 A reverse image search reveals that the image has been manipulated to add the machete.

The original photo first appeared online as early as 16 December 2021, in an article published by Kenyannews.co.ke. It shows Ruto holding a decorated baton, not a machete.

The image posted on Facebook has been digitally manipulated.