A photo of Kenyan deputy president William Ruto sitting at a desk in a room full of small kids was posted on Facebook in August 2021 with the claim that it shows an “ultra-modern classroom” launched to win voters in the Mount Kenya region.

Kenya is set to hold elections on 9 August 2022. Ruto has declared his interest in running for the presidency. He has since been campaigning across the country, and has launched a manifesto laying out an elaborate plan for Kenya should he be elected.

But does the photo really show Ruto launching an ultra-modern classroom in the Mount Kenya region, as part of his 2022 election campaign? 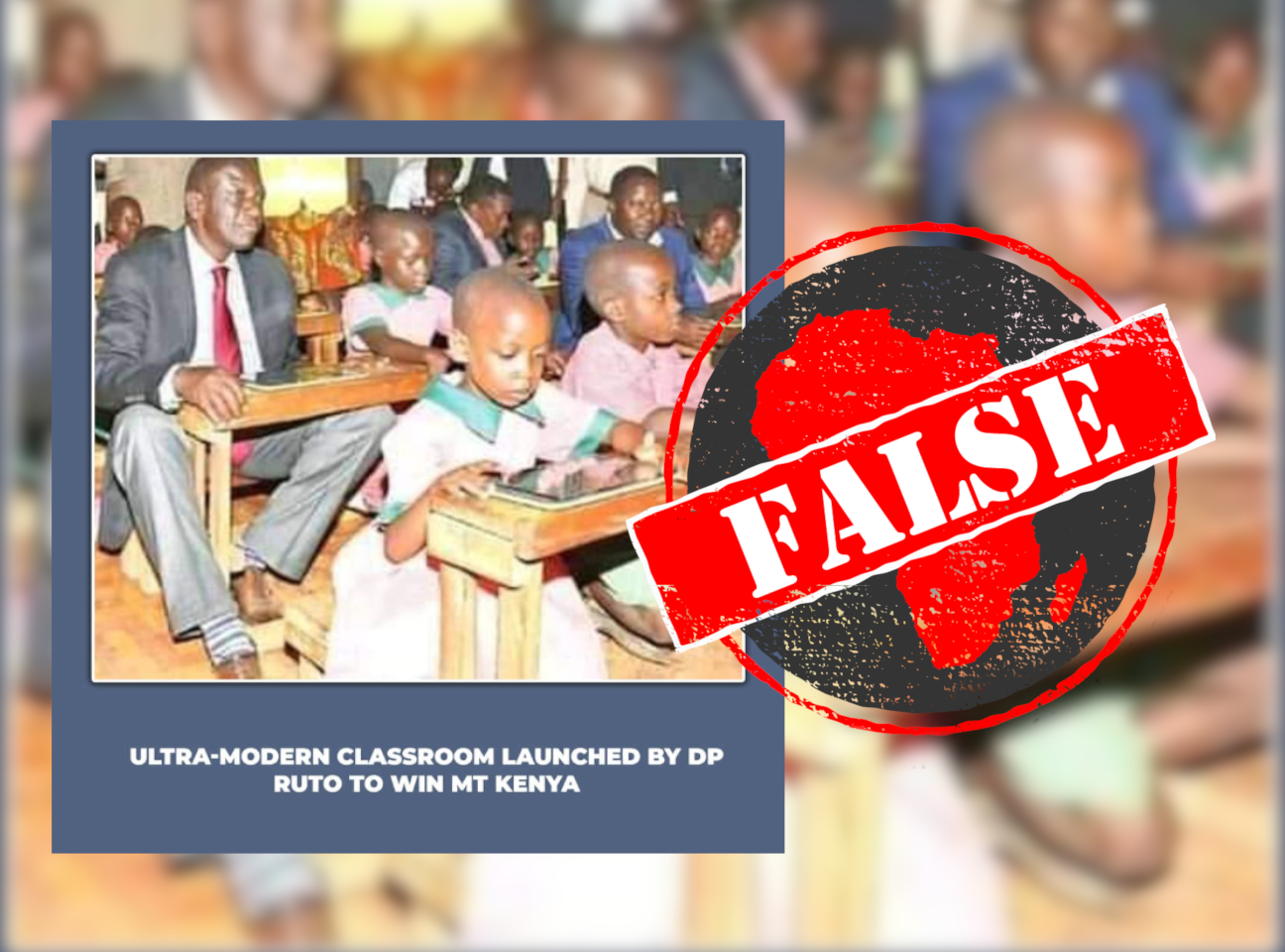 A Google reverse image search eventually led us to Ruto’s verified Twitter account, where he posted an almost identical photo, and several others of the same event, in a series of tweets on 15 October 2016 – nearly six years ago.

Parents should advice their children on career choice so that they can pursue technology intensive courses relevant for the job market. pic.twitter.com/vYMmN5amnQ

“Interacted with locals at Burendwa, Ikolomani Constituency, Kakamega County,” on of the tweets reads.

Another says: “We have trained 80,000 teachers and distributed 1.2m laptops in readiness for roll out of digital learning in all primary schools in January.”

A Google search for “DP Ruto launch of digital learning” led us to another photo of Ruto in the same classroom with the same kids, in an Africa Leadership magazine article published on 17 October 2016.

The article says Ruto was inspecting the progress of a digital literacy programme at Burendwa Primary School in Kakamega county.

Kakamega is in western Kenya, near the border with Uganda, and far from the Mount Kenya region in the centre of the country.

The photo was taken in 2016, not 2021, and shows the launch of a digital literacy programme in Kakamega county, not an ultra-modern classroom in the Mount Kenya region.