Kenyan deputy presidential candidate Gachagua said ‘medicine men’ to be used in areas without clinics? No, quote made up

“We will empower traditional doctors and medicine men, so that they can attend to and treat patients in areas where clinics are far and areas where there are no hospitals,” the quote reads.

The graphic appears to have been produced by the news website Kenyans.co.ke.

Ruto and Gachagua are the leaders of Kenya Kwanza, a coalition of political parties set up ahead of the country’s August elections.

The two will face Orange Democratic Movement party leader Raila Odinga and his running mate Martha Karua, who heads the Narc Kenya party. The two are contesting the elections on the Azimio la Umoja One Kenya coalition ticket. 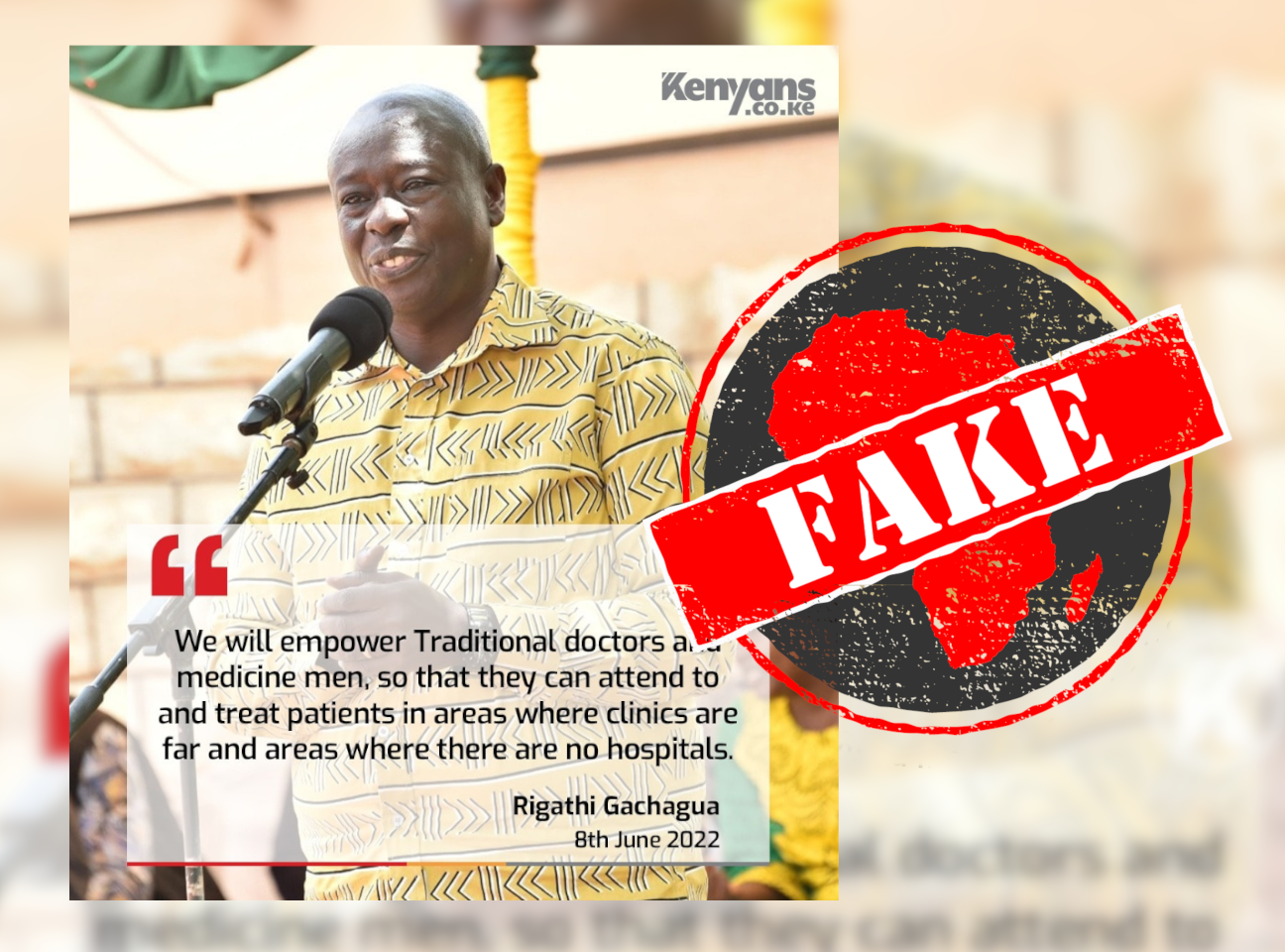 ‘We flag it as FAKE’

Africa Check asked Brian Muuo, the head of social media at Kenyans.co.ke, about the graphic. He said it was fake.

And on 9 June, Kenyans.co.ke posted the graphic on Facebook, stamped as fake.

“This post did not emanate from our media house,” the post reads. “It does not conform to the in-house branding rules and did not go through the multiple approval checks set in place to prevent misreporting. We, therefore, flag it as FAKE.”

There is no evidence the politician said this, or that any other media house quoted him as saying it.