A post in a public group on Facebook claims Prof Anyang’ Nyong’o, the governor of Kisumu County in western Kenya, died in July 2021.

“Sad as Kisumu Governor dies few minutes after he was airlifted to Nairobi hospital. Read His last words below the comments,” reads the post from 24 July.

It includes a screenshot of a Citizen TV news broadcast, one of Kenya’s prominent TV stations, with the banner “Nyong’o back in hospital”. It shows news anchor Victoria Rubadiri with a photo of Nyong’o displayed behind her.

In the comments section is a link to an article with the headline: “BREAKING NEWS – Kisumu Governor Peter Anyang’ Nyong’o succumbs t...” But the link is broken.

The public group in which the screenshot and claim was posted has over 89,000 members.

But is the governor dead? We checked. 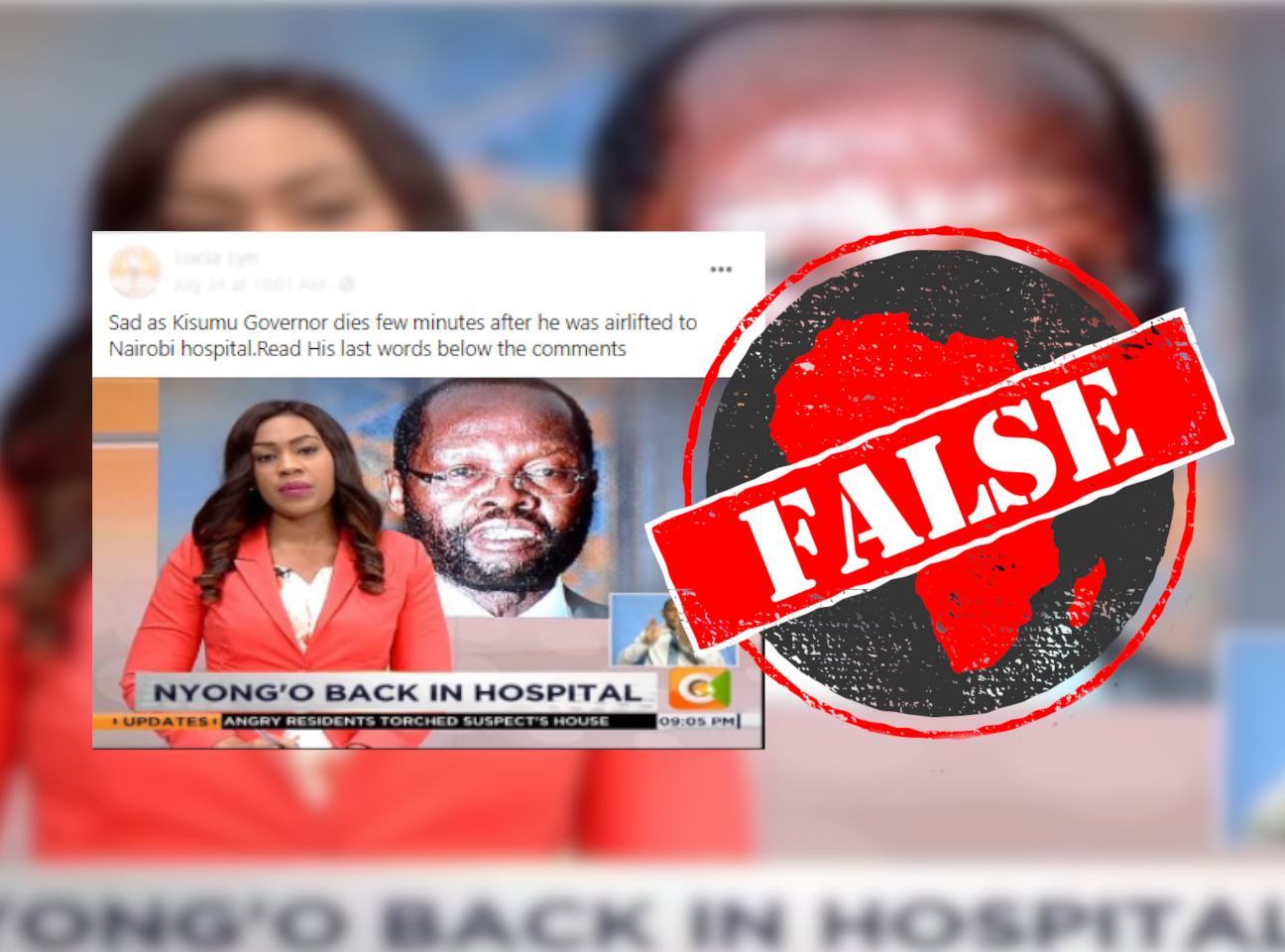 A search on Facebook revealed a graphic posted 23 July with the same screenshot, but a caption that gave more details. It read “Kisumu governor Anyang Nyong’o admitted at Aga Khan hospital, Kisumu” and was marked “2 years ago”.

Searching the exact words of the caption on Google led to a video of a broadcast uploaded on Citizen TV’s YouTube page on 12 January 2019.

The governor was diagnosed with prostate cancer in July 2010. His hospitalisation in 2019 was widely covered by Kenyan news media.

A review of Nyong’o’s official Facebook and Twitter accounts showed that he was active in the days after it was claimed on social media he was dead.

On 25 July he posted a photo of himself on Facebook. He was posing with two parliamentarians and captioned it: “It was great hosting you!”

He tweeted on 27 July, while sharing a series of photos from “the colourful Skiza Music Thanks Giving Ceremony at Ndakaini in Muranga”, some 80 kilometres north of Nairobi.

Nyong’o also posted about public engagements on 3 and 5 August. The governor is not dead.