On 14 April 2022, a screenshot of a graphic that was posted on Twitter and Facebook claimed Kenyan legislator Charles Njagua Kanyi had defected from the United Democratic Alliance (UDA) to the Azimio la Umoja coalition.

It shows a photo of Kanyi, a musician-turned-politician popularly known by his stage name Jaguar, standing next to legislator Babu Owino.

Under the photo is the text: “Charles Jaguar reveals that he is considering moving to Azimio grand coalition.”

Owino is a member of the Orange Democratic Movement (ODM), a party which belongs to the Azimio la Umoja One Kenya coalition.

The Azimio coalition is challenging Kenya Kwanza, a coalition of political parties also set up ahead of the country’s August elections, led by UDA presidential hopeful William Ruto.

The graphic has the logo and branding of Mpasho, an entertainment news site in Kenya. It looks similar to posts that the news site publishes on Instagram, and the screenshot shared on Twitter and Facebook looks as though it is of an Instagram post.

The graphic was posted not long before Jaguar lost the UDA party ticket to defend his Starehe parliamentary seat, a constituency in Nairobi county. It gave the impression that Owino was wooing Jaguar or that Jaguar was consulting Owino about joining the Azimio coalition.

Jaguar was upset that the party did not hold primaries in his constituency, and instead chose to use opinion polls to pick his rival. He threatened to run as an independent candidate

But had the lawmaker already “revealed” that he wanted to join Azimio, and did Mpasho report the news? We checked. 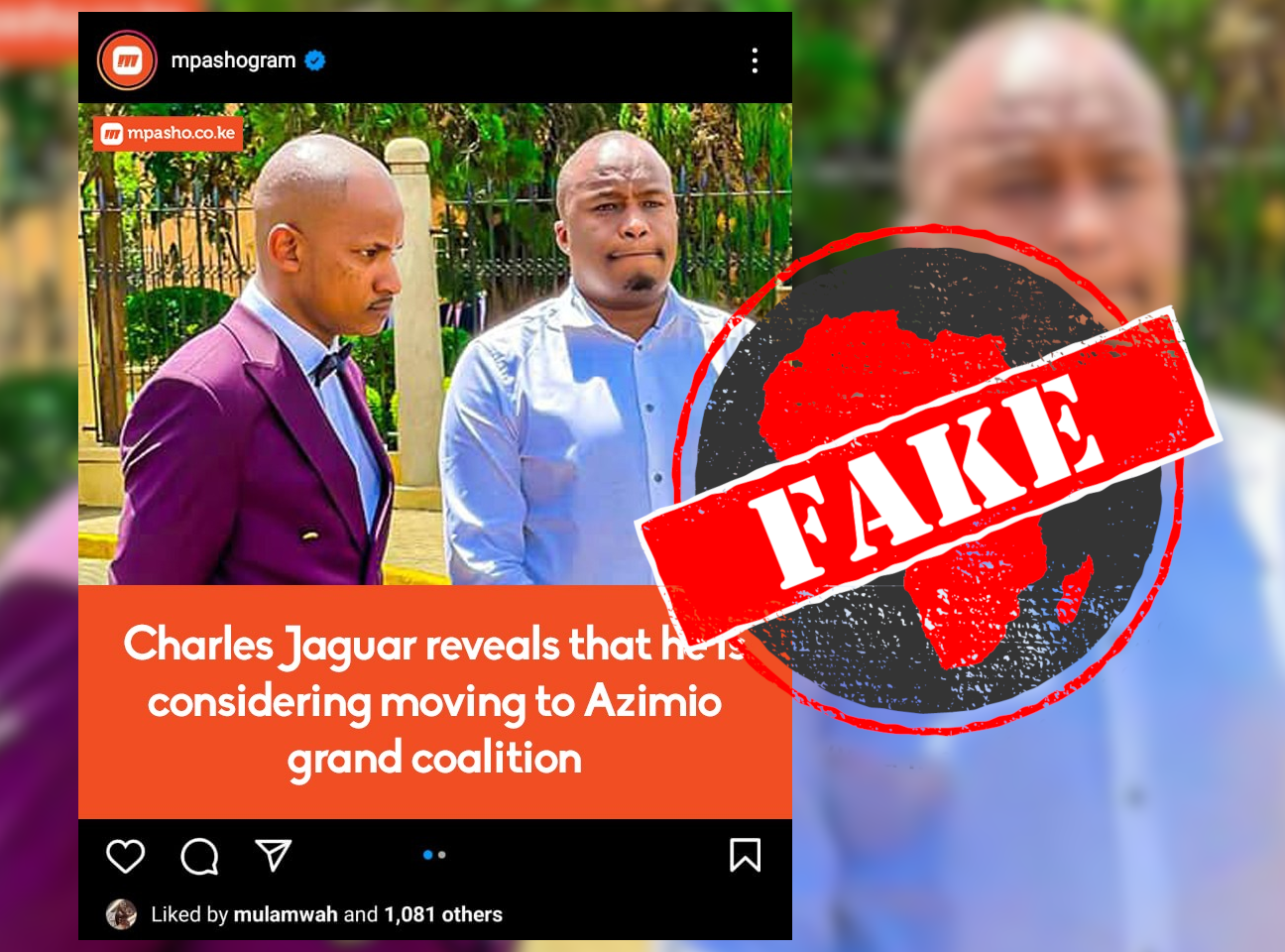 We scrolled through Jaguar’s Twitter timeline and found that the photo with Owino was first posted on 23 November 2021, when the two parliamentarians received a petition at the parliament buildings in Nairobi.

The photo is old.

“ALERT!!! This post that has been circulating on social media purporting to be from mpasho.co.ke is FAKE and has not been published on our website or any of our social media pages,” Mpasho wrote.

Jaguar did not defect and was still on the UDA campaign trail in June 2022.