A photo of Simba Arati, a member of Kenya’s national assembly, in a hospital bed, was posted on Facebook minutes after it was reported he was involved in a fist fight at a funeral.

“Quick recovery Simba Arati! Next time don't joke around with the hustler nation movement!” one user captioned the photo.

This appears to imply that Osoro, who is an ally of the deputy president William Ruto’s “hustler” movement, was right to injure Arati so badly he had to be hospitalised.

Another post was captioned: “Breaking news. ODM Simba Arati has been flown to Nairobi hospital after a thorough beating in Kisii. Quick recovery Kiongozi na next time usijaribu tena otherwise if you can't beat them join them.”

Translated from Kiswahili slang, this cautions the “leader” Arati not to “try again”. But was Arati in fact in hospital after fighting with Osoro? 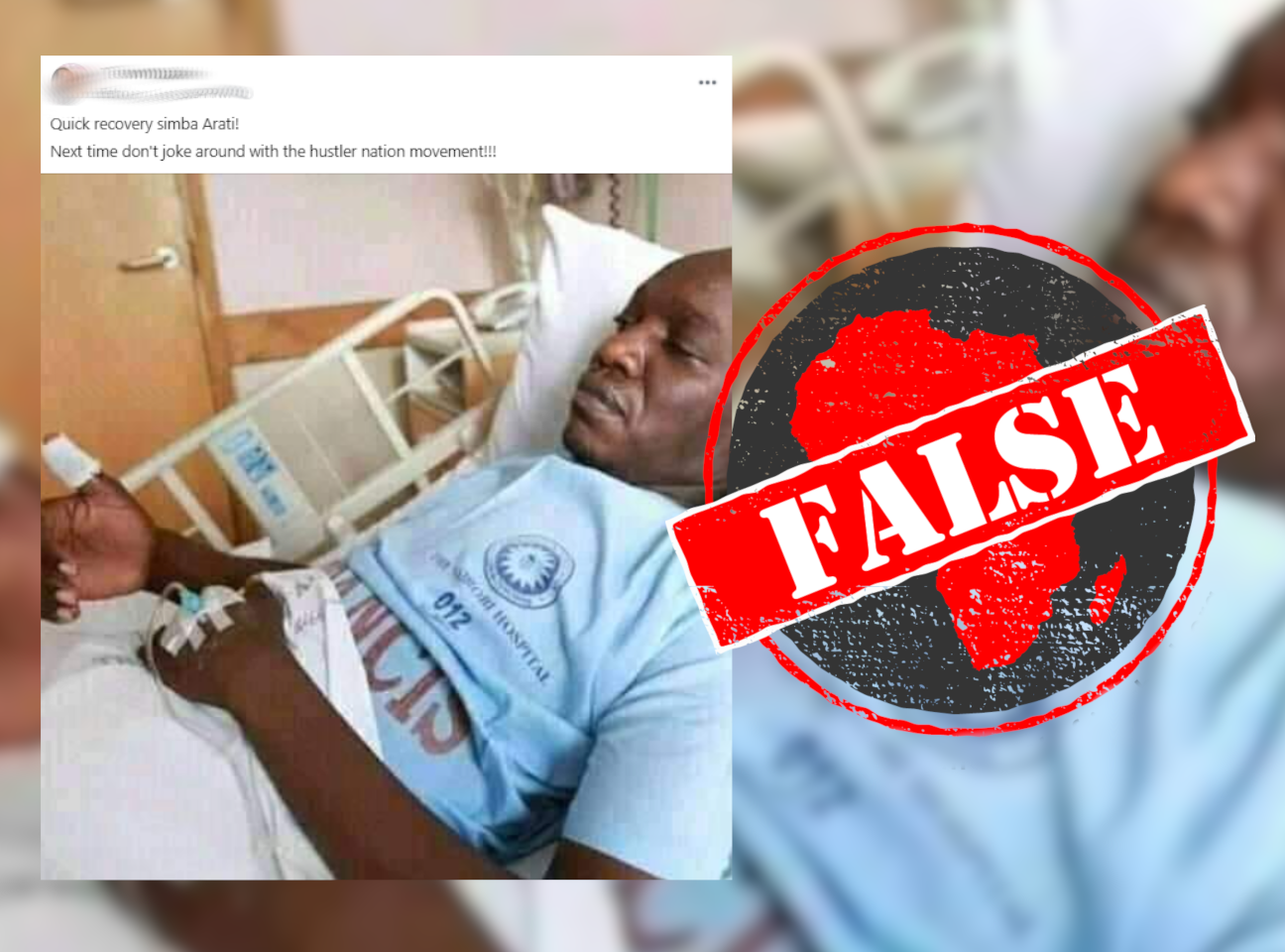 A reverse image search quickly reveals the photo is old and not related to the physical fight witnessed in Kisii county on 1 February 2021.

It was originally published by the Standard newspaper on 20 December 2014. According to the paper, Arati was hospitalised after allegedly being beaten up by another fellow member of parliament, Kimani Ngunjiri.

A video showing him in hospital at the time is also available.

While some of the details are similar, the photo shared on social media is old, and shows Arati in hospital after a beating in 2014, not 2021. There is no evidence he was hospitalised after the recent fight at the funeral.