He is in a crowd of onlookers.

“When UHuru Kenyatta hates you your power becomes powerless and you end up being heaped as a Civilian. oooo poor Rigathi Gachagua waving to Raila Odinga's convey in Nyeri,” a typical caption reads.

Kenyatta is Kenya’s president. Odinga is running for president in the August 2022 elections under the Azimio La Umoja One Kenya coalition party ticket. He’ll face off with deputy president William Ruto, leader of the Kenya Kwanza alliance. Odinga enjoys the support of the president.

Gachagua is a close ally of Ruto and Ruto’s political alliance. But does the photo show him waving at rival Odinga’s convoy? We checked. 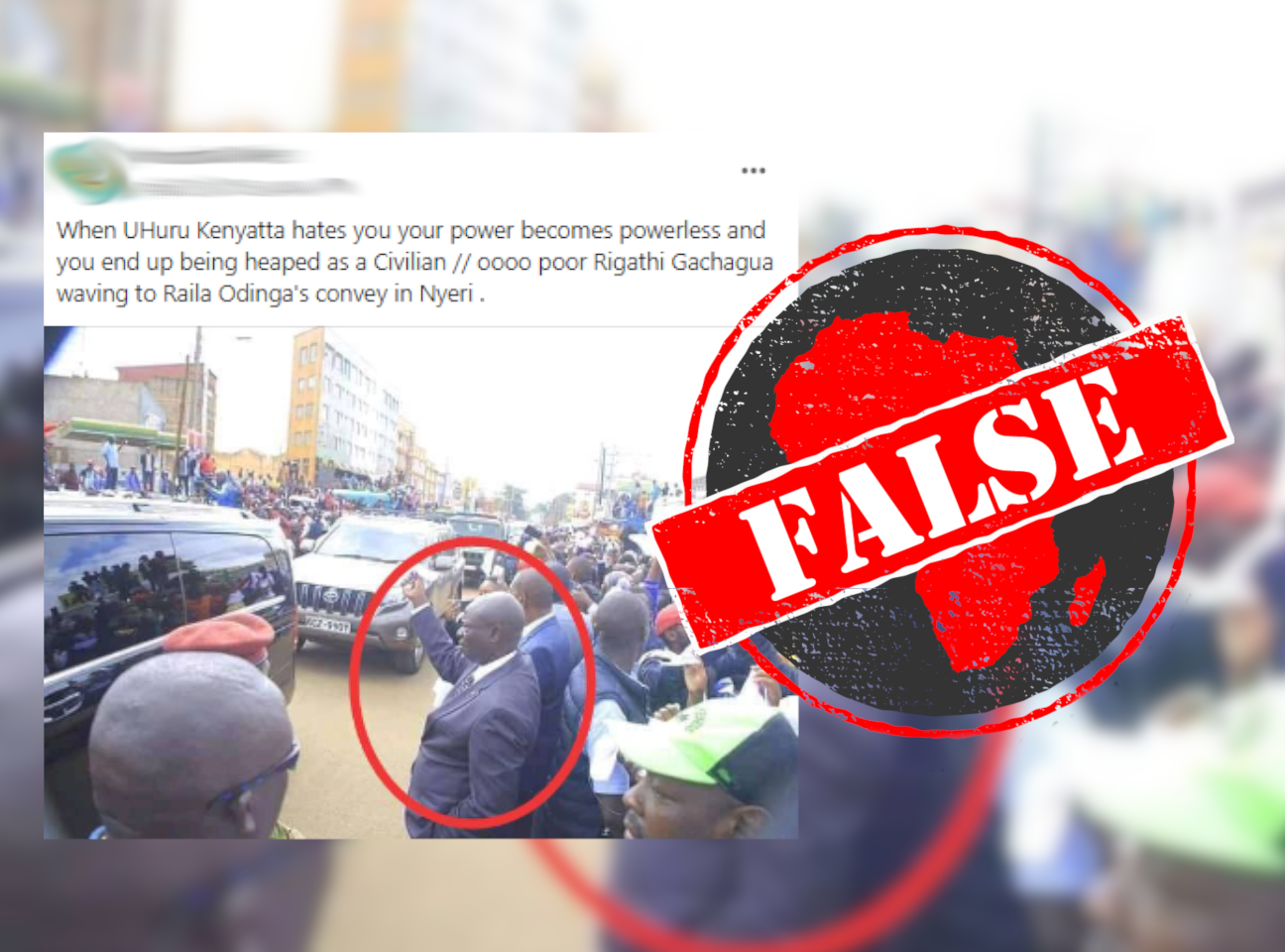 The photo was posted around the time the funeral cortege of former Kenyan president Mwai Kibaki was heading to his home county of Nyeri for burial. He died on 21 April.

We checked Gachagua’s Facebook page to see if there was any photo showing him welcoming the cortege in the county.

Africa Check found it, posted on 30 April. That was the day the cortege passed through his Mathira constituency.

He captioned the photo: “Thank you my great people of Mathira for joining me this morning in giving our leader President Mwai Kibaki such a warm welcome and dignified send off. I love you and always will.”

And a video posted on Facebook shows the moment the cortege passed the spot the photo was taken.