A photo posted on Facebook on 13 January 2021 shows Raila Odinga, leader of Kenya’s opposition Orange Democratic Movement, being welcomed into a banquet hall by Ugandan president Yoweri Museveni as people rise from their tables to applaud.

“Baba has just landed in Kampala ahead of the Uganda General election to be held on Friday,” the caption reads.

Yoweri won the election for a sixth five-year term, although Wine has said he would challenge the results and feared for his life.

Data from CrowdTangle, Facebook’s public insights tool, shows the post has been shared dozens of times in groups with thousands of followers.

But does the photo show Odinga meeting Museveni in Uganda before the election? We checked. 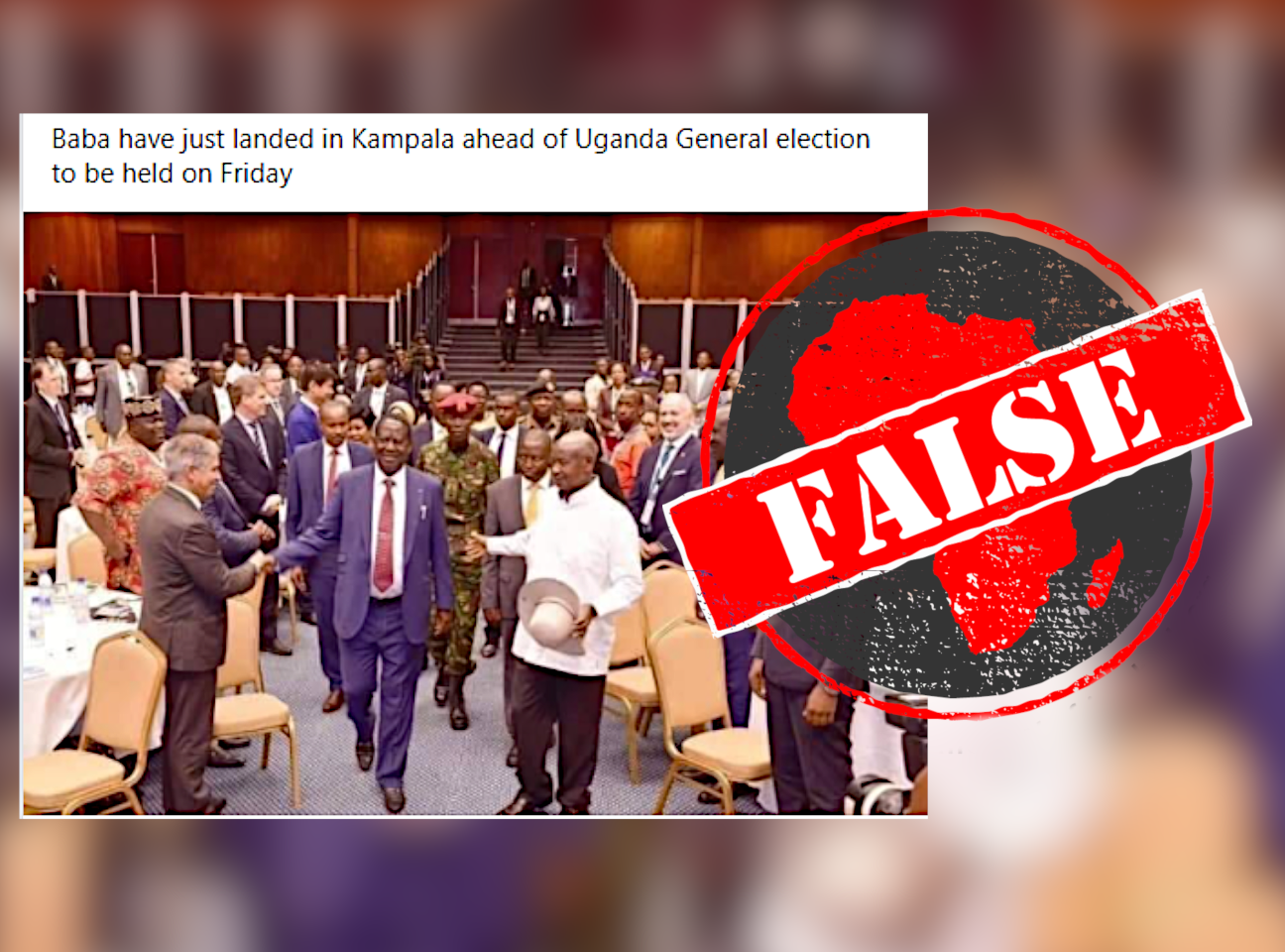 Several clues indicate the claim may be false. Odinga did not publicly declare support for Museveni or comment on Uganda’s election.

The photo was posted just before midday on 13 January. But a few hours later Odinga shared photos and videos of himself at Burma market in Nairobi, Kenya.

Odinga, a veteran opposition politician, being in Uganda a day before the polls to meet Museveni, president for 35 years, would have attracted instant media attention. There was none.

And the two leaders are active on social media. Neither has posted anything about the meeting – because it did not take place.

A reverse image search reveals that the photo has been online for more than a year.

It was published in a September 2019 news report on Museveni officially opening a public-private partnership conference at the Kampala Serena Hotel in Uganda. Odinga attended the event, which was covered by media houses in Uganda.

Odinga also posted a photo of himself speaking at the conference on Facebook.