William Kabogo, former governor of Kenya’s Kiambu county, has quit the August 2022 elections race to again run for the county’s top job, after a promise by deputy president William Ruto.

That’s according to different messages posted and reposted on Facebook in April. “What did Ruto promise Kabogo so that he agreed not to vie for Kiambu governorship?” one asks.

Another claims that Ruto asked Kabogo to drop his governorship bid in return for a cabinet seat.

“William Ruto has requested William Kabogo to drop his ambitions of vying for Kiambu Governor and support UDA candidate. Ruto has promised him a cabinet position,” it reads.

UDA is the United Democratic Alliance, led by Ruto. The deputy president is running for the presidency, with his main rival Orange Democratic Movement leader Raila Odinga.

And a statement by Kabogo’s Tujibebe Wakenya Party denying that the politician had dropped out of the governor race was also posted on Facebook – stamped “FAKE”.

In late 2021 Kabogo reportedly “withdrew his interest in running for president”. But has he also dropped his bid for governor of Kiambu, the county north of Nairobi? 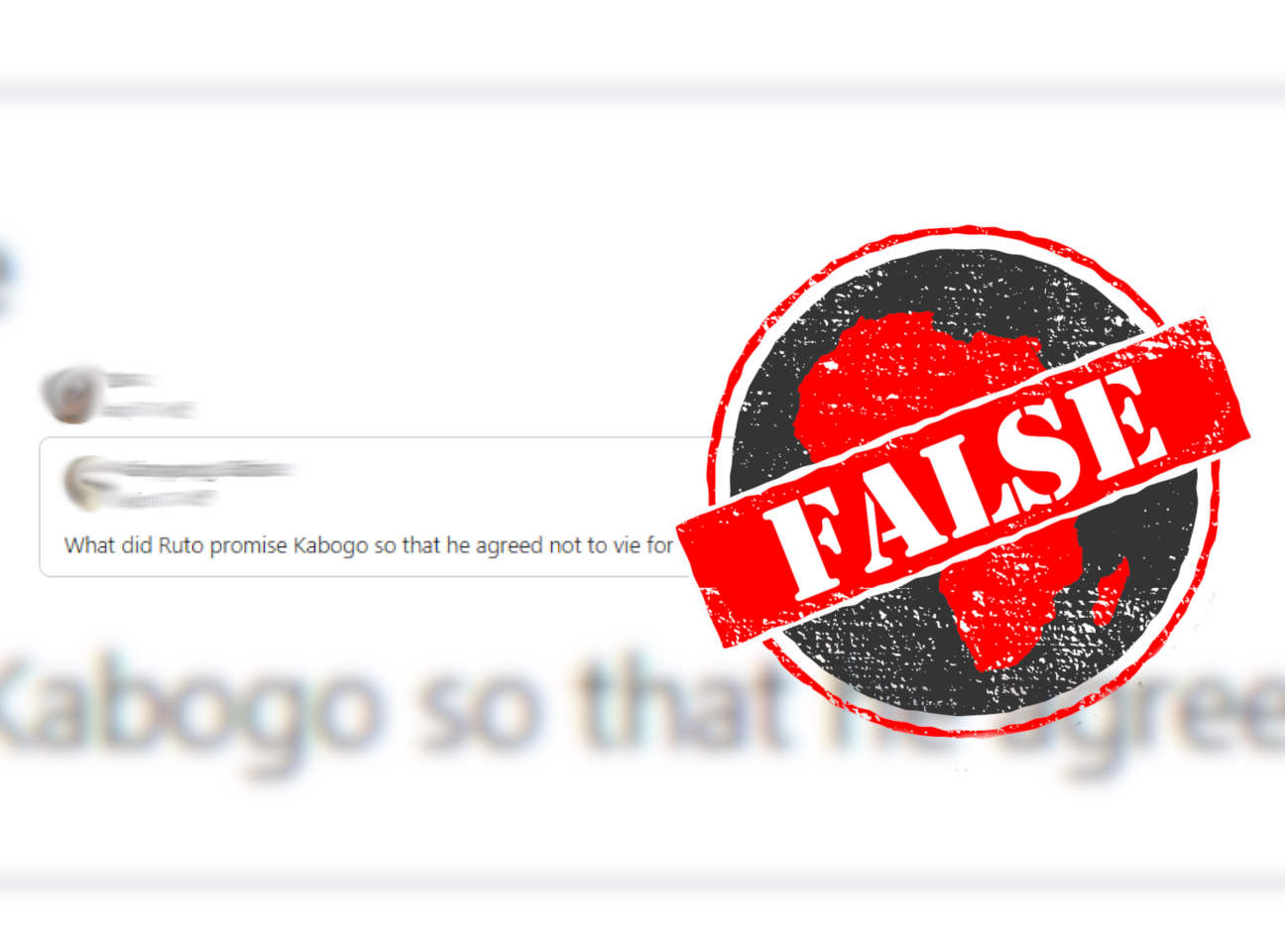 The Tujibebe Wakenya Party statement is not fake. It was posted on the party’s verified Twitter account on 7 April. Twitter verifies pages that have been proven to be genuine.

“It has come to our attention that there are reports from social media platforms stating that [Kabogo] has withdrawn his candidacy for the gubernatorial seat in the August 2022 elections,” the statement reads.

“The [party secretariat] wishes to state that this is false information and well programmed propaganda directed at our party leader. [Kabogo] is the Tujibebe Party Kiambu County Gubernatorial Candidate in the August 9th 2022 elections.”

Kabogo weighed in on 20 April. “I am optimistic that I will win the governorship in Kiambu so that we can finish the great work that we started and then I can go for Presidency from there,” he reportedly said.

And on 5 June, Kenya’s electoral commission cleared Kabogo to vie for the Kiambu governor’s seat. Ten days later, he was on the campaign trail when he had a widely reported altercation with senator Kimani Wamatangi, a rival for the governorship.

Kabogo is still running for governor of Kiambu county.