“I have never been opposed to BBI as a document, I have reviewed it time and again and I find it up to the mark. The only inadequacy I find is its attachment to Uhuru Kenyatta whom we do not cordially relate,” reads a quote on a graphic posted on Facebook.

The quote is attributed to Martha Karua, a former justice minister in Kenya and the leader of the political party Narc Kenya. The graphic shows a photo of Karua, and the logo and branding of the Nation Africa news organisation.

Karua has been a strong critic of the Building Bridges Initiative (BBI), set up after the “handshake” truce between Kenyatta and his opposition rival Raila Odinga in 2018. It proposes amendments to the constitution, which will be decided in a referendum, likely to be held mid-2021.

Karua has consistently opposed the process, often tweeting about her reasons for rejecting the proposals.

But did she backtrack and tell Nation Africa that her opposition to BBI has been because of personal differences with Kenyatta? We checked. 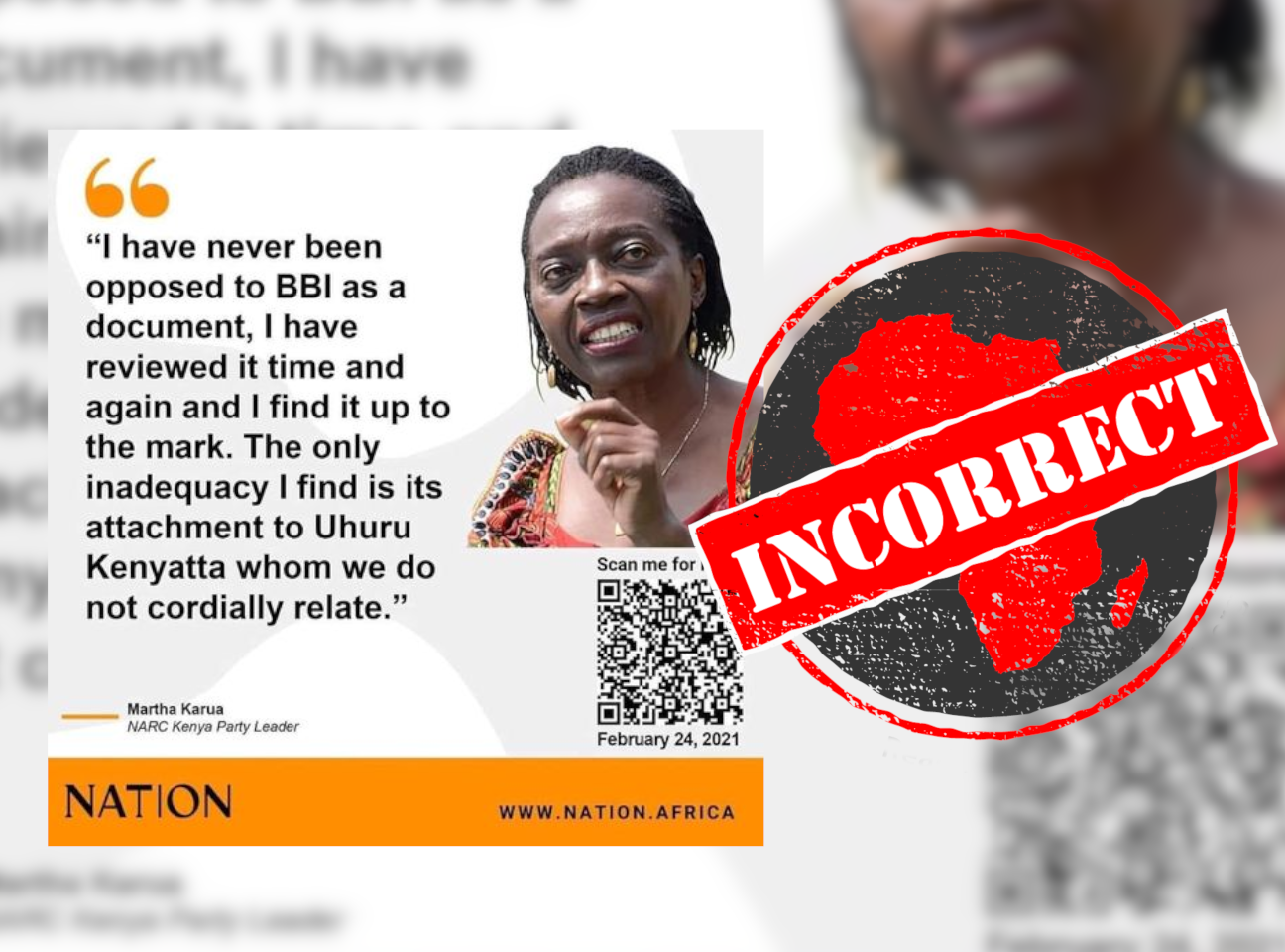 Nation Africa has said the graphic is fake.

“Please be advised that the quote doing rounds on social media is a fake. Do not fall for fake news,” it cautioned readers.