Odinga is their rival for the presidency in Kenya’s upcoming general elections, set for 9 August. Below his face is printed “THE 5TH”, implying that Odinga will be the country’s fifth president.

“Ni kama wamekubali,” one user captioned the image. That’s Kiswahili for: “It seems they have accepted.” The image has appeared on a Facebook group with more than 99,000 members.

But did Ruto and Mudavadi really wear outfits endorsing Odinga? We checked. 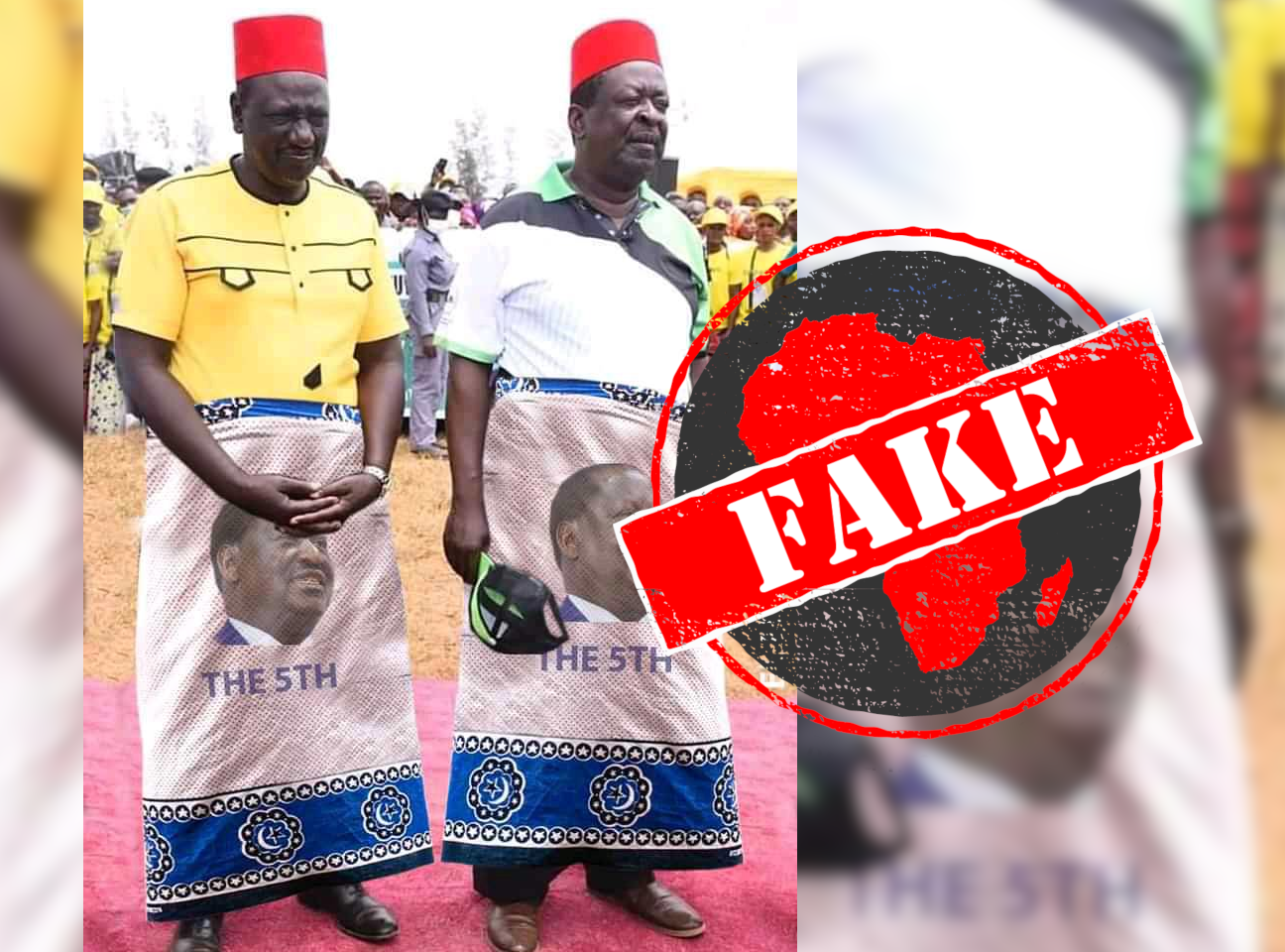 Using a reverse image search, we quickly found the original, unaltered photo – and Odinga’s face is not on their clothes.

Our priority will be to support viable options in the exploitation of limestone, titanium, coal, sandstones among other minerals and ensure value addition at low cost with a sense of tapping into a ready market for the minerals and their by-products. pic.twitter.com/HFpWSmjsdo

While the viral image shows the pair in Swahili clothing known as “kanga” printed with Odinga’s face, the original photo shows them in plain black traditional attire. The image has been altered.