Kenyan president Uhuru Kenyatta has won back his political base after weeks of speculation that he had lost it. At least, that’s according to what seems to the front page of Kenya’s Saturday Standard newspaper for 30 January 2021, posted on Facebook.

“Uhuru storms back!” reads the headline, which has dominated some social media circles.

The kicker adds: “President Kenyatta receives a jubilant reception at Sagana to the surprise of his critics who believed he had lost Mt Kenya. Is he turning the tide?”

Data from CrowdTangle, Facebook’s public insights tool, shows that the front page has been shared at least 25 times in public groups with thousands of followers.

But is the front page legit? We checked. 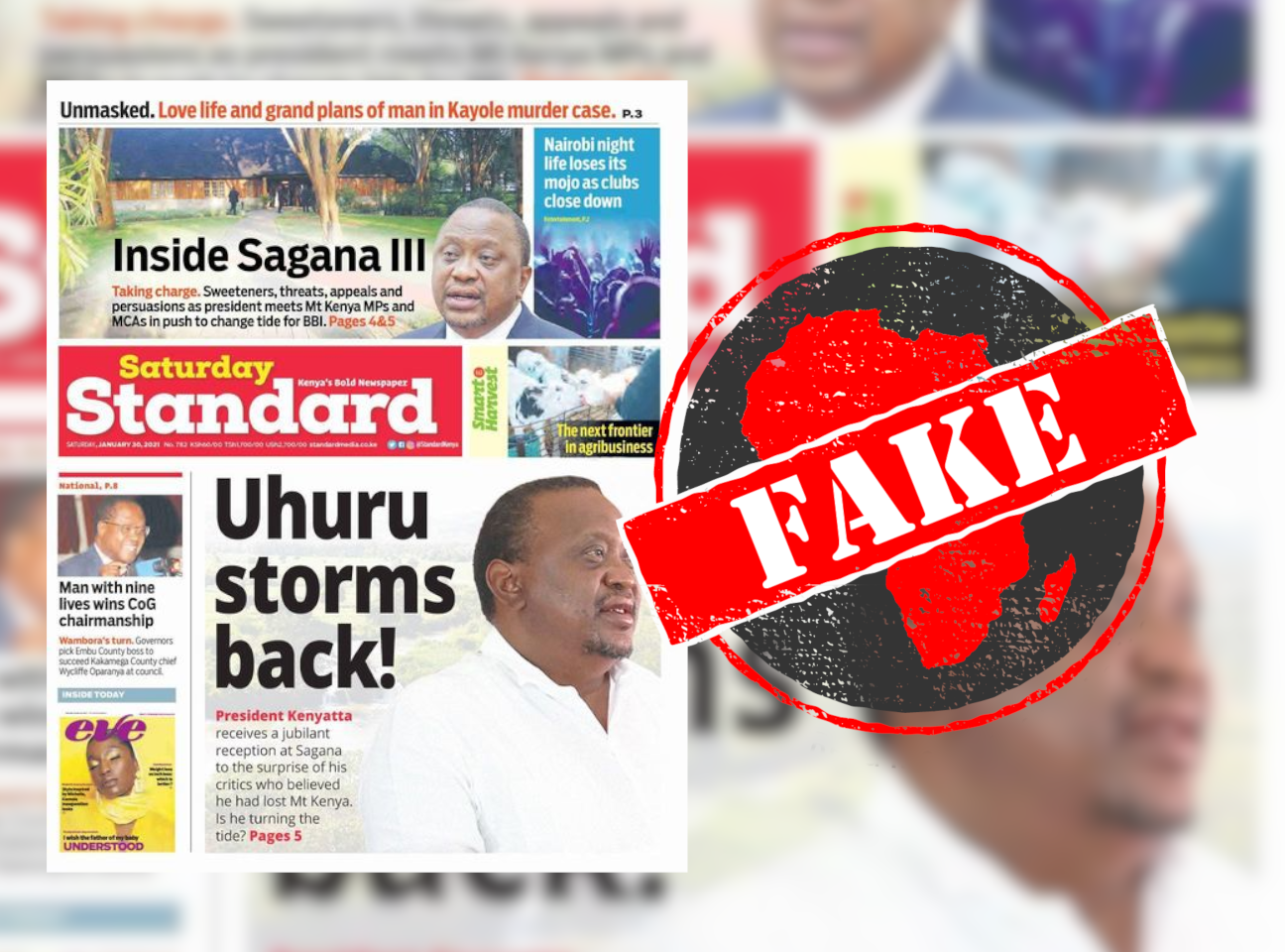 For four days from 29 January, Kenyatta toured his political backyard in central Kenya, which includes Sagana and the Mount Kenya region. This was to campaign for the Building Bridges Initiative set up in 2018 after his “handshake” truce with opposition rival Raila Odinga.

But the Saturday Standard did not report that he had “stormed back” and received a “jubilant reception” at Sagana. The front page is fake.

The paper’s real front page headline for 30 January was: “Mwilu's shock ouster”. Its story was about a court order suspending deputy chief justice Philomena Mwilu from sitting as a judge in Kenya’s supreme court.

Kenyatta’s central Kenya tour was mentioned on the page, but not in the main headline.

On the day the fake front page appeared, the Standard posted it on Facebook, stamped “fake”. “STAY ALERT: Beware of agents of Fake News,” the paper wrote.