A photo of a running man in a blue suit and white shirt has been posted on Facebook and Twitter with the claim that it shows Kenyan senator Irungu Kang’ata fleeing angry young people he had promised to pay if they attended a rally held by deputy president William Ruto.

“Irungu Kang'ata was running for his dear life from youths whom he had mobilised to attend Ruto's function at Gatanga,” the caption of the 1 March 2021 post reads.

“The youths were demanding for their Ksh. 1000 each pay that he promised them.”

It adds: “Some were interrogating him why he's opposing the BBI which is adding more resources in Mt. Kenya.....And this is how he will run home come 2022.”

Kang’ata was recently ousted as senate majority whip after he said in a letter to president Uhuru Kenyatta that the Building Bridges Initiative was unpopular in the Mount Kenya region.

But is he the running man in the photo? We checked. 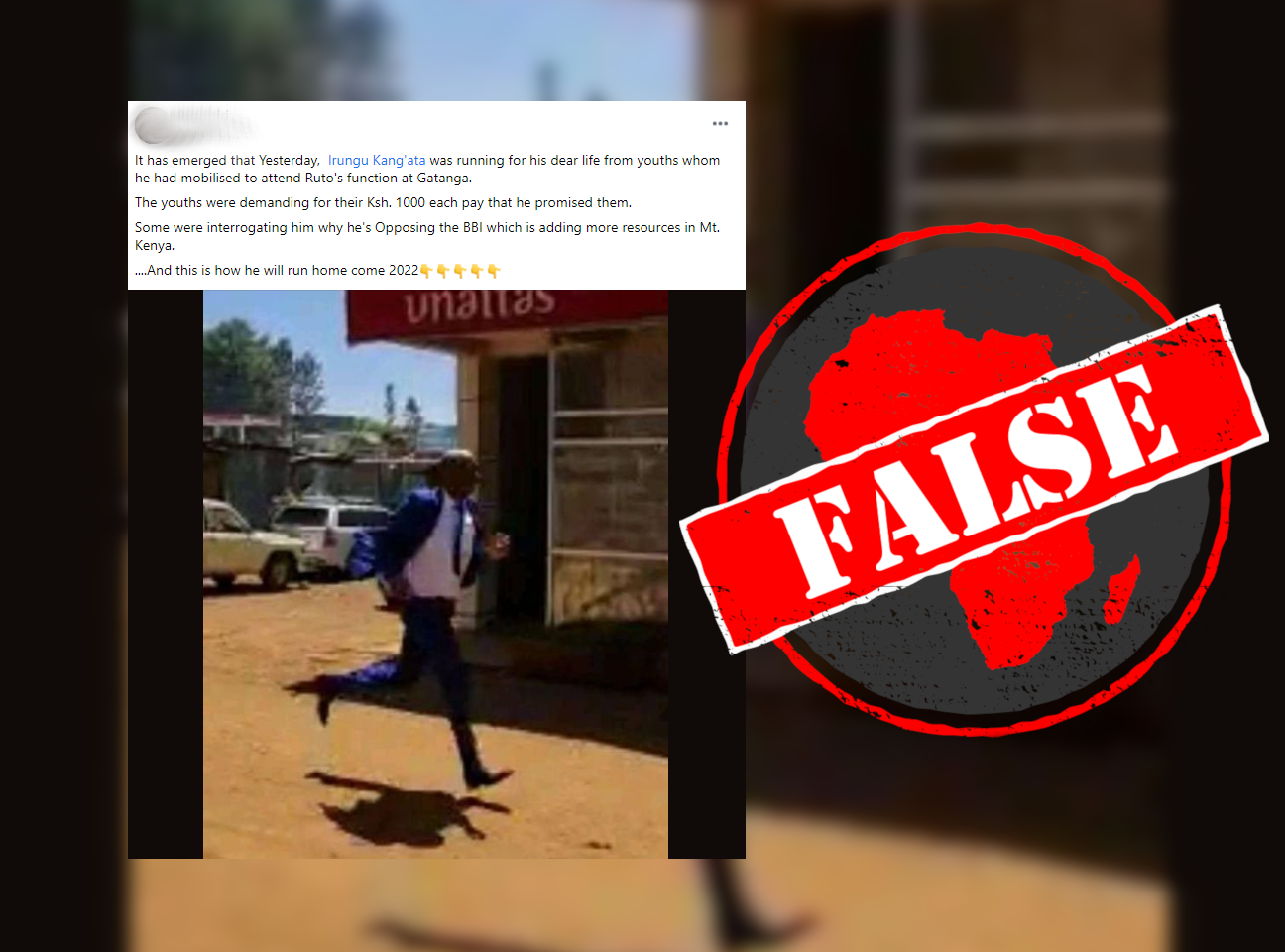 Photo from video of Kang’ata running

A Google reverse image search led us to a video.

The first part of the video shows a crowd singing and dancing. Then the man in a blue suit emerges from the crowd, running towards the camera which pans to film him recede into the distance. No-one is chasing him.

The video then cuts to Kang’ata, in a blue suit and white shirt, walking into a function with a big smile and fist-bumping politicians, including Ruto.

News reports on the video say Kang’ata was running because he “was late” for the function. The reports include photos of his run from other angles, in which the senator is clearly identifiable.

“Ignore the propaganda,” he tweeted. “I came to DP’s function very late. Found the entrance blocked by vehicles. I alighted and ran past the blocking vehicles towards the church as the speeches were almost done.”

A few days earlier he tweeted photos of Ruto’s tour of Murang’a, which show him surrounded by a welcoming crowd.