“SUSAN KIHIKA PREGNANT FOR RUTO,” reads the front page headline of what seems to be the 27 May 2022 issue of the Nairobian, a Kenyan newspaper, circulating on Facebook.

Text below reads: “DAMNING REVELATIONS: A steamy affair brewed at the DP’s Narok Ranch, a pregnancy and an almost Rachael-Kihika fist fight at the Karen residence, one month ago.”

The deputy president’s official residence is in Karen, a suburb of the capital Nairobi. Ruto is running for president in Kenya’s upcoming elections, set for 9 August.

The front page has been posted here, here, here, here and here. It’s dated 27 May to 2 June 2022. The Nairobian is a weekly newspaper published every Friday by the Standard Group.

But is this really a Nairobian front page? We checked. 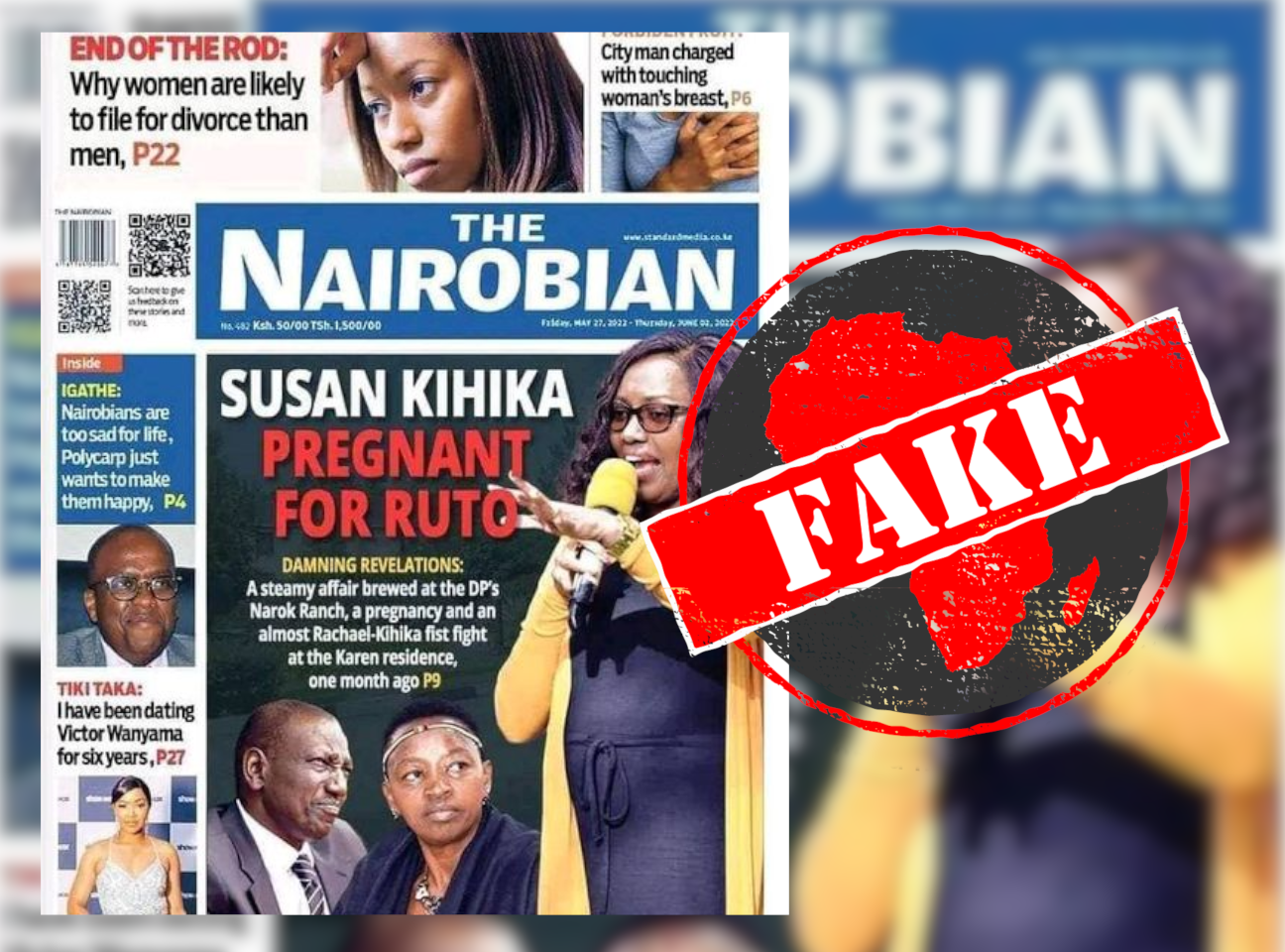 ‘This is NOT a genuine cover of the Nairobian weekly’

The front page has been altered. We found the original of the paper’s 27 May to 2 June issue on the Standard Group website.

On the day the altered page started circulating online, the Nairobian posted it on Facebook, stamped “FAKE!”

“FAKE NEWS ALERT: This is NOT a genuine cover of the Nairobian weekly newspaper,” the paper wrote. “It is a manipulated front page. Be cautious NOT to fall for political propaganda and deep fakes during this electioneering season. For GENUINE newspaper front pages, follow @StandardKenya.”

The Standard Group has also dismissed it as fake.