Sakaja is pouring from a thermos flask into a cup on a low table, and Malala smiles into the camera. But it’s the content visible on a cellphone in the foreground that’s catching social media users’ attention.

But is the photo authentic? We checked. 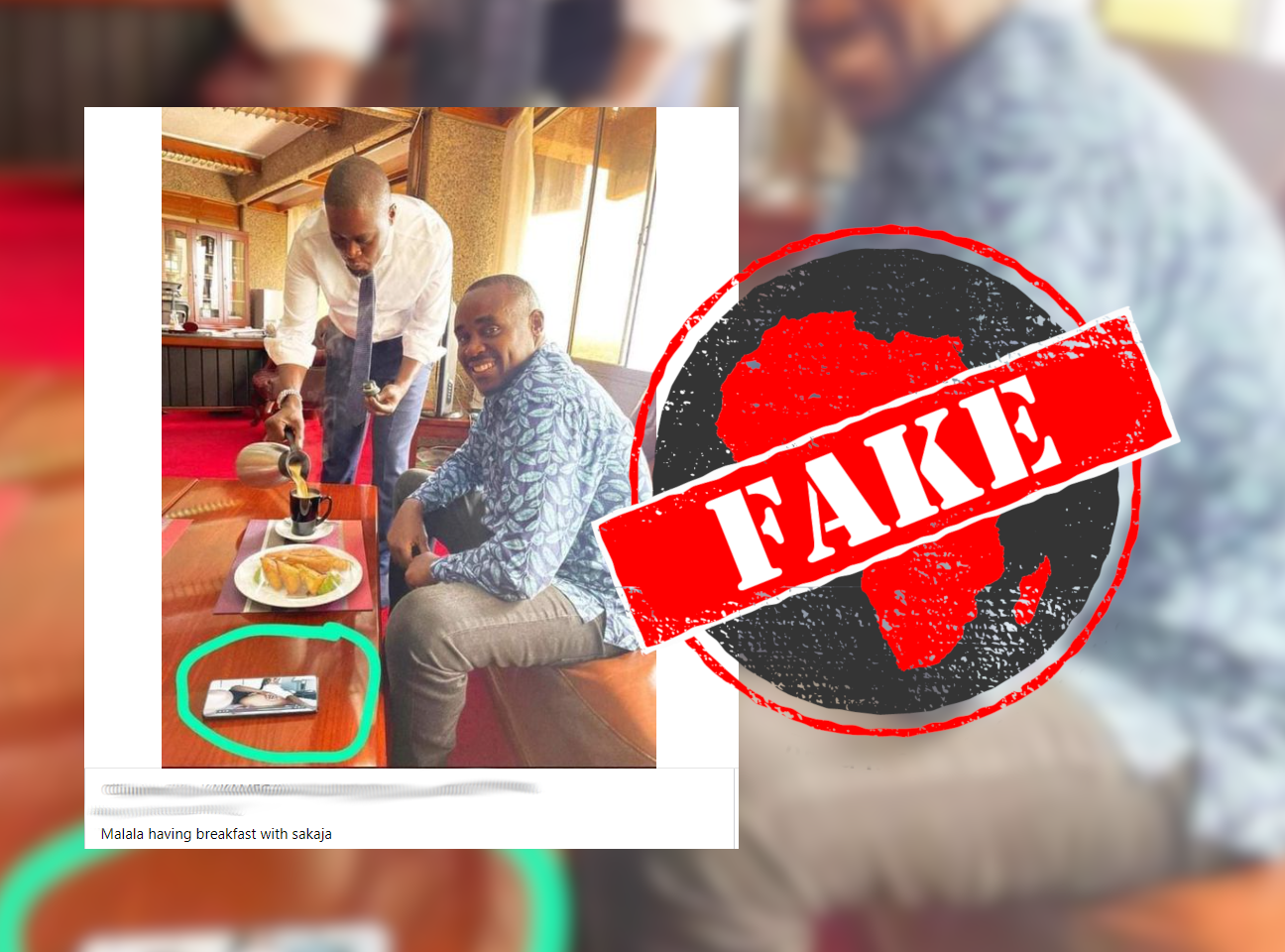 While we could not find this photo on his Twitter account, we looked through his photo gallery on Facebook and found the same photo, posted on 9 December 2021.

However, the phone placed on the table doesn’t show a photo, pornographic or otherwise. It shows what looks like a thread of text messages or emails.

The photo circulating on social media has been digitally altered.

As Kenya gears for elections on 9 August 2022, beware of manipulated photos attempting to smear politicians. Read our guide on how to verify images on your smartphone for tips.