Has a Kenyan senator tweeted his support for the deputy president’s 2022 presidential bid?

On 10 June 2020 a screenshot of what seems to be a tweet by senator Ledama Olekina of Narok county in southwestern Kenya was shared on Facebook.

It reads: “A new dawn has come! I have finally made my decision to support the incoming 5th President of the Republic of Kenya H.E @WilliamsRuto. The hustler's nation is indeed unstoppable!”

Translated from Kiswahili, this means: “You can say what you want. Ledama Olekina is now in our team, the rest you have no option but to join us. Welcome.”

The senator has been a vocal critic of deputy president William Ruto. Has he now changed his mind, and is supporting Ruto’s 2022 presidential bid? 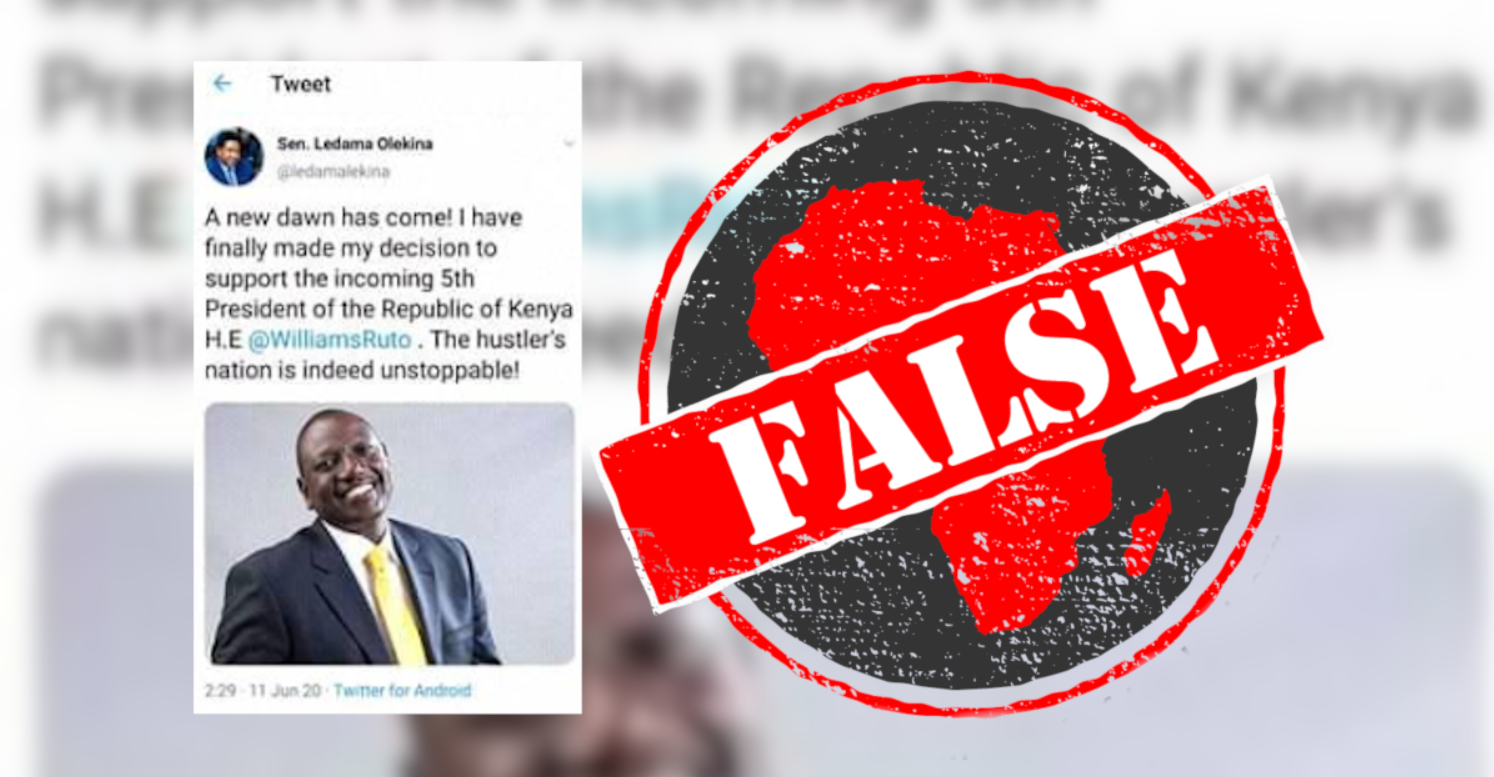 
Africa Check searched Twitter for the exact words in the screenshot and found it tweeted by an account with the same name, profile and header photos as Olekina’s official account.

The description of the fake account is “Senator Narok County parody Official Account”. But the word “parody” does not appear in the screenshot posted on Facebook.

The senator has said the account is fake, and pointed out a misleading misspelling in the username.

On 11 June he tweeted: “Please note that the following is a FAKE account. The fraudsters thought they were very clever. They used a capital I in place of an L. So when you look at the handle you think it’s the real one! We will deal with them today! compare with the real account below.”