Kenya’s deputy president ‘chased like dog’ from Kisii? No, photo of 2007 attack

A photo of Kenya’s deputy president William Ruto with a torn trouser leg exposing a bloodied knee was posted on Facebook on 10 September 2020. Shoeless, with black socks on his feet, Ruto is surrounded by a group of people, one holding his arm.

“DP Ruto was earlier today chased like a dog from Kisii town,” the caption reads. “Media won't show you.”

On the day the photo was posted, Ruto held a rally in Kisii, a town in southwestern Kenya. Local media reported that protests were held in the town that morning when news of Ruto’s planned visit emerged.

Does the photo show Ruto injured after he was “chased like a dog” from Kisii? We checked. 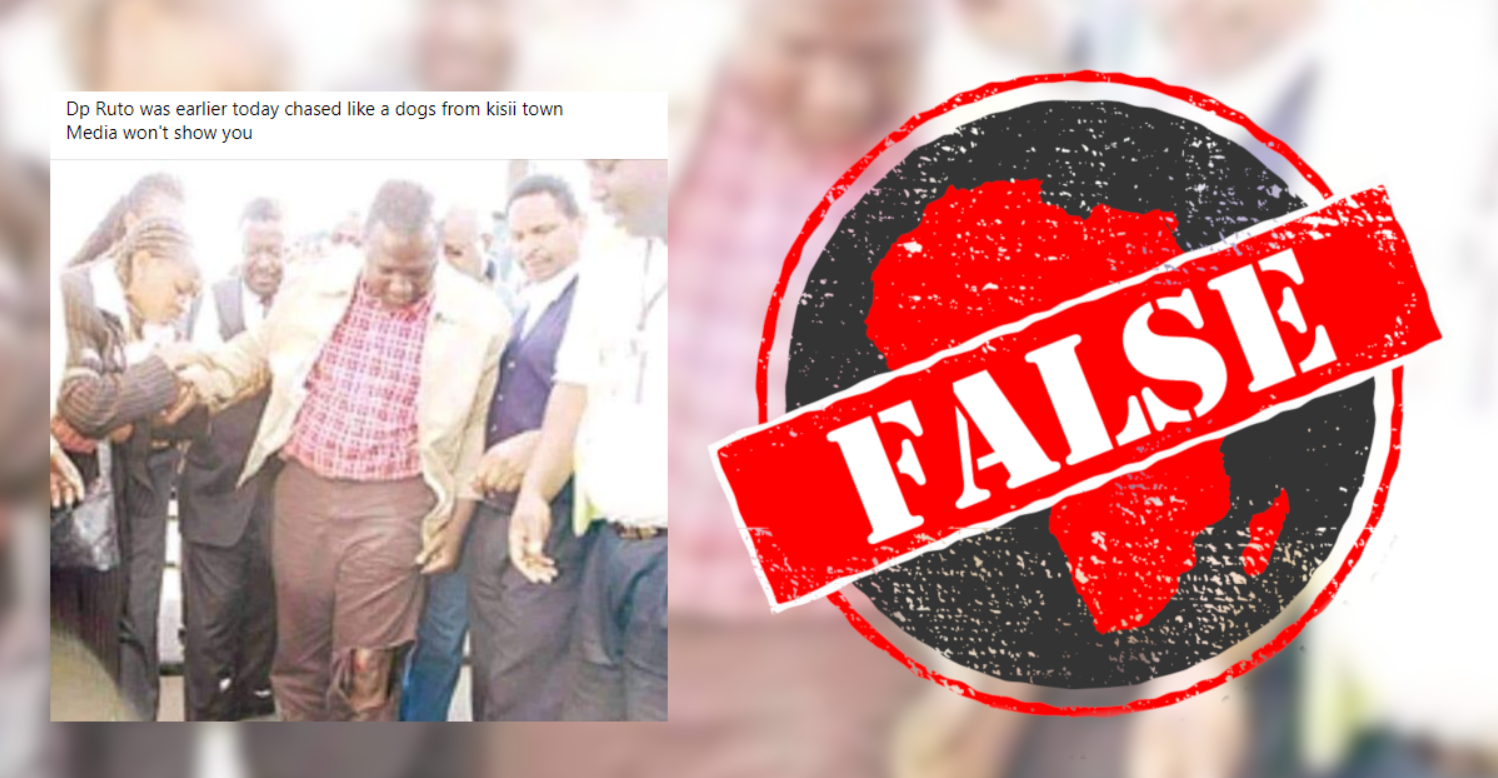 
The deputy president has posted photos and videos from his visit to Kisii and the event was broadcast by local media.

These show he was in different clothes to those shown in the Facebook photo. He wore a maroon jacket, a blue shirt and navy blue trousers. In the photo he’s in a white jacket, red checked shirt and brown trousers.

And the photo has been online for 13 years.

It was first published on 23 September 2007 during campaigns for that year's general election. It appears in a report that Ruto had been attacked by young people in the South Mugirango constituency the day before.

The photo has since been used on other websites to recall the time the deputy president was attacked by the youth in 2007.