Kenyan deputy president William Ruto’s convoy was attacked in Kisumu county on Lake Victoria on 10 November 2021. Soon after, what appeared to be a statement by the opposition Orange Democratic Movement was posted on Facebook.

The statement describes the violence as “pre-planned” and blames the deputy president for orchestrating it to “depict the Luo community as violent”.

The Luo are a Nilotic-speaking people in western Kenya, said to be the country’s fourth-largest ethnic group.

“The Orange Democratic Movement (ODM) is deeply concerned by the heightened, pre-planned violence by Deputy President William Ruto and his allies during political campaign rallies, with the latest one being witnessed in Kondele, Kisumu County,” the statement reads.

“It has come to our attention that the latest violence which threatens to tear apart the social cohesion among Kenyans has been carefully planned and orchestrated by the Deputy President and his allies to depict the Luo community as violent,” it adds.

The statement also suggests that Ruto had organised the violence to attract sympathy.

“Indeed, what we have witnessed today is a likely precursor of violent conflicts ahead of the 2022 general elections. We are concerned by the number of times the Deputy President has organized youths to engage in violence in order to seek sympathy.”

Kenya is set to hold its next general election in August 2022.

“We therefore wish to remind the Deputy President that he has a national responsibility to ensure peace, stability and protection of lives and property regardless of the 2022 election contest,” the statement ends.

But did the ODM really issue this statement? We checked. 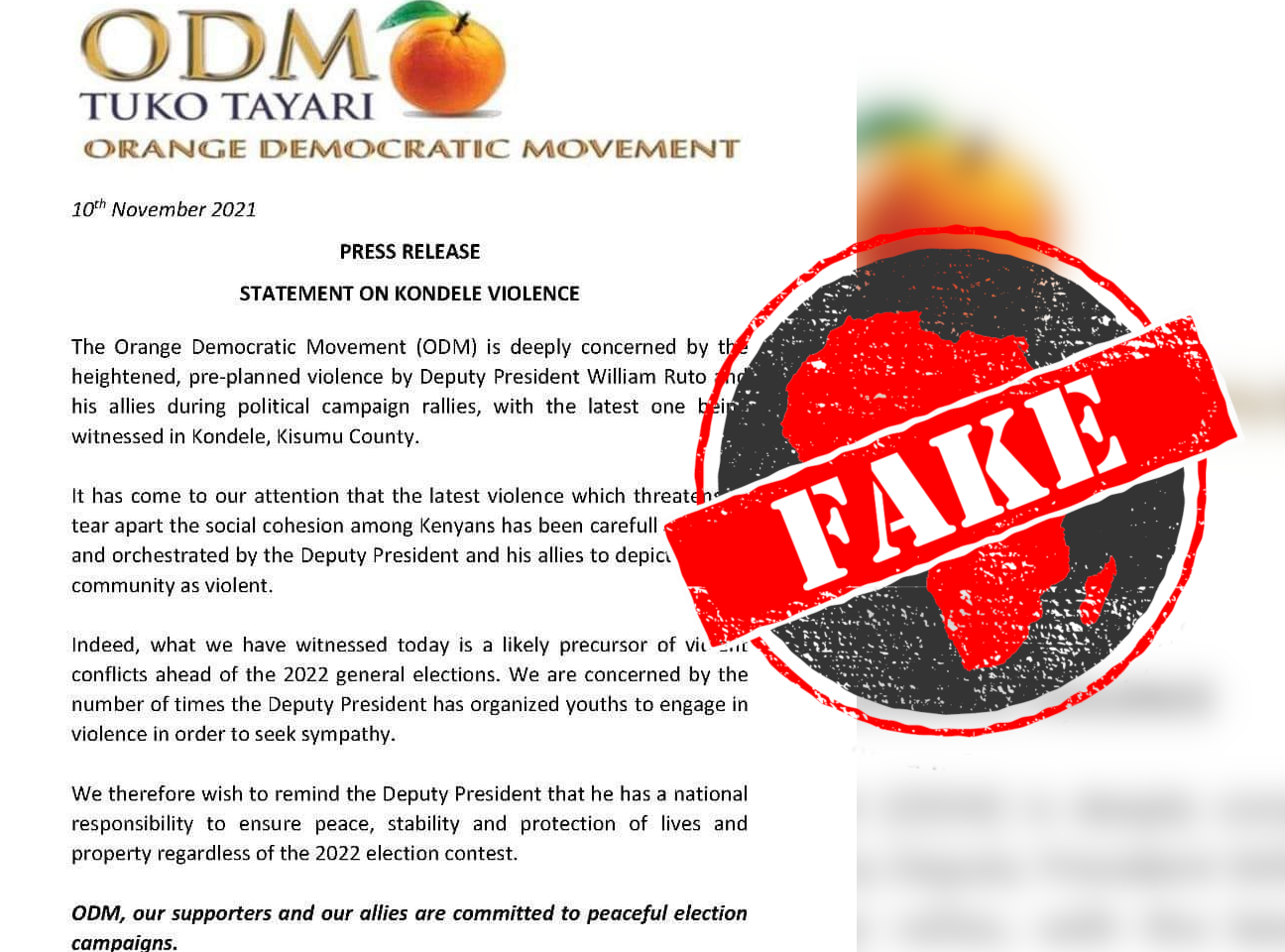 The ODM took to Twitter to distance itself from the statement, stamping it as fake.

When they go LOW, we go HIGH… pic.twitter.com/AOPAynTktG

“When they go LOW, we go HIGH,” the party tweeted.

Kenya’s National Police Service said the deputy president had been advised to skip the Kondele area as there was “tension owing to alleged distribution of campaign logistical funds among local groups”.

A message posted on Facebook in April 2021 claims Edwin Safuna, secretary general of Kenya's opposition Orange Democratic Movement, has been...