A video that seems to show Kenyan president Uhuru Kenyatta and four other people sitting in a room watching deputy president William Ruto give a speech on TV was posted on Facebook on 15 March 2021.

“SEE PRESIDENT UHURU WATCHING WILLIAM RUTO ON TV GIVING HIM A LECTURE AFTER SENDING MUNYA TO REPRESENT HIM,” its caption reads.

The video was posted on a Facebook page with 130,000 followers and has been viewed more than 7,900 times so far. 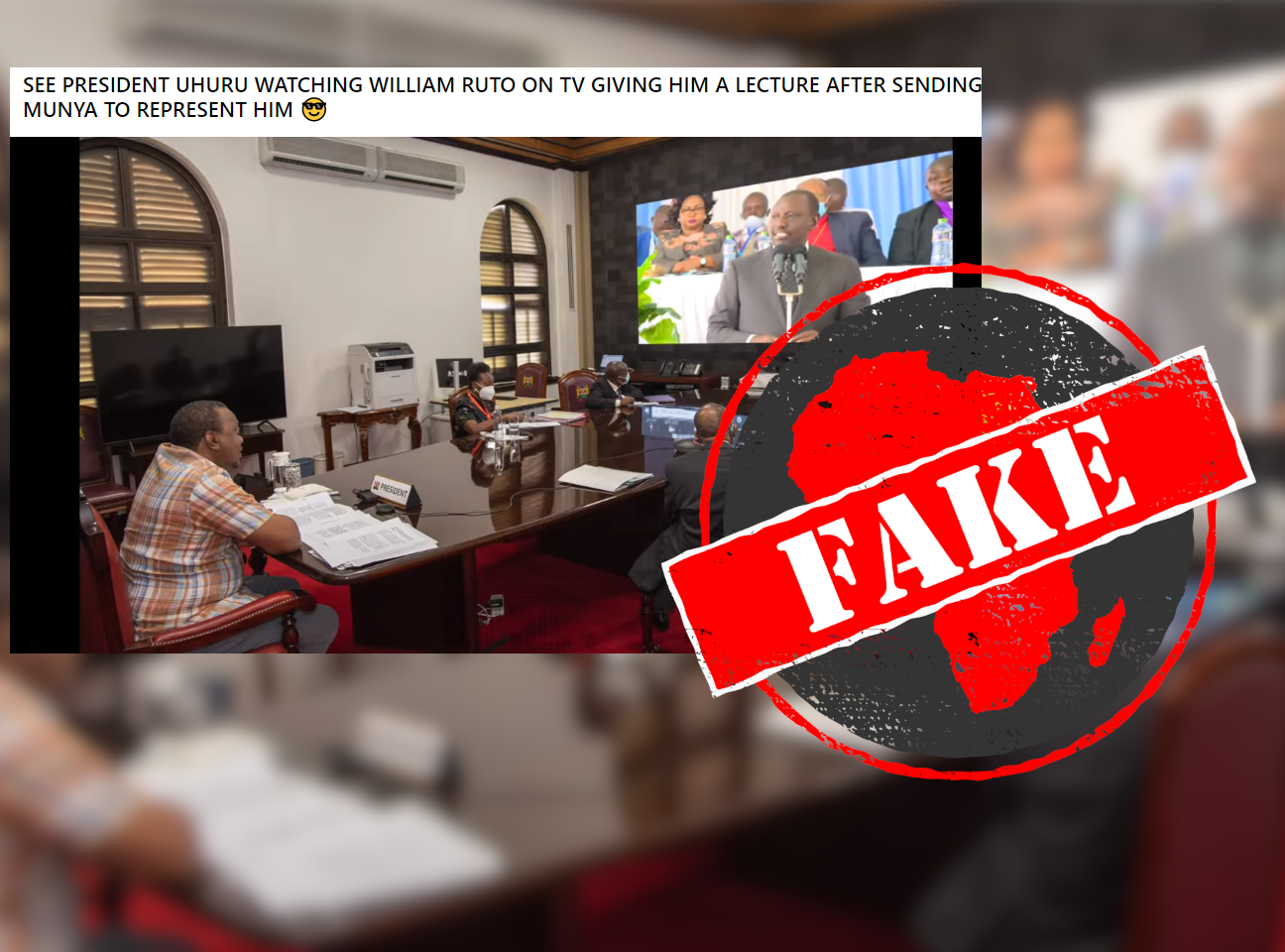 No movement in five minutes

The first and striking thing is that Kenyatta and the four others do not move a muscle throughout the more than five-minute video. They are as still as statues. It is clearly just a photo of them, to which the video of Ruto has been added.

Using a Google reverse image search, we found the photo on the official State House Kenya Facebook page. It is one of 10 photos posted on 8 February.

Part of its caption reads: “The Head of State spoke today at State House, Nairobi during the 2021 Africa Business Forum held virtually on the sidelines of the 34th Ordinary Session of the African Union Assembly of Heads of State and Government.”

In the unaltered photo, the person on the screen is not Ruto.

Africa Check has previously debunked a similar claim that a static photo with a video added to it showed Kenyatta “watching the suffering of Kenyans on TV at State house”.

And in the doctored Facebook video, Ruto does not “lecture” Kenyatta in his speech. Instead, he asks Kenyans to ignore political posturing, and promises peace, national unity and development.

He also briefly reminds leaders from the Mt Kenya region, the president’s political base, that Kenyatta is president of the whole country, and not just the region. The deputy president then welcomes agriculture minister Peter Munya to read a speech by Kenyatta.

A Google search for “Ruto” and “Munya” reveals that the video was taken on 9 February during the funeral of Mary Wambui Wainaina, the mother of Thika Town member of parliament Jungle Patrick Wainaina.