Kenya’s Ruto implicated in Kisumu rally violence? No, photo of arrested officer two years old – and Kalenjin name made up

Kenya’s deputy president William Ruto visited Kondele Ward in Kisumu county on 10 November 2021 for his 2022 presidential bid. But his meeting was disrupted by stone-throwing youth.

After the incident, a Facebook user posted a photo claiming it showed a police officer named “Robert Kimeto”.

The photo shows a handcuffed man in the old Kenya police uniform, his face pixelated, sitting in a vehicle.

“Sergeant Robert Kimeto attached to Londiani Police Station apprehended in Kisumu for unnecessarily detonating a teargas canister at a UDA rally in Kondele. Kimeto triggered anxiety, panic, commotion and pandemonium culminating into a stampede as residents fled for their safety,” the caption reads in part.

“It's yet to be established what an officer from the Rift Valley region was doing outside his jurisdiction,” it adds.

The photo was posted with a similar claim on a public Facebook group page with 16,000 members. Others shared a screenshot of the claim as proof that it showed Ruto was involved in planning the violence.

But does the photo show an officer from Ruto’s region arrested for helping stage-manage the chaos in Kisumu? We checked. 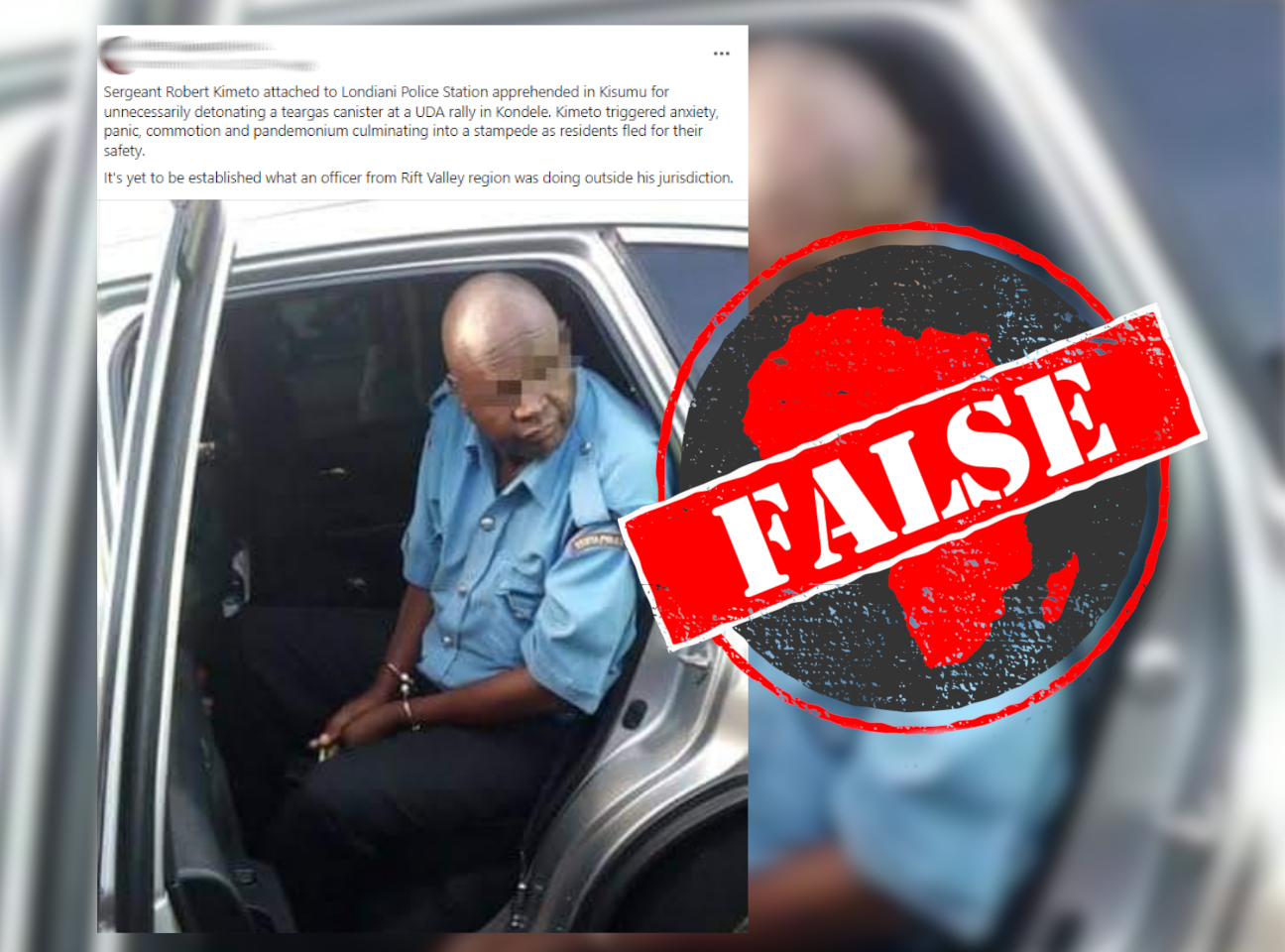 The photo is two years old, Africa Check found in a reverse image search.  And it’s unrelated to the Kisumu violence during Ruto's tour.

Citizen TV published the photo on 20 November 2019 in an article detailing a gun drama between traffic police and Ethics and Anti-Corruption Commission officers on the Kisumu-Kakamega highway that day.

K24 also covered the story. Its caption identifies the man in the photo as one of the police officers arrested during the incident.