Last of the ‘black giants of Africa’? No, picture shows performer from the US

The post includes a black-and-white photo of a tall black woman wearing a long white dress and posing with her arm stretched out over a white man standing next to her. The two are dressed in old-fashioned clothes and the photo looks like it is from the early 20th century. Below the photo is the caption: “Souvenir of Abomah the African Giantess”.

“There was a deliberate systematic plot to annihilate the high races in West Africa and East Africa,” the post claims, published by a page called African History Archive.

“Most 18th century Fulani, Senegalese and Tutsi rose to an average height of 7ft 2 ". The highest rose to 8ft2 ′  among the Tutsi and Nuer of South Sudan. The first eugenic operation was eliminating these specimens by syphilis murder, wars, defertilization, and outright inciting racial division with shorter tribes,” it continues.

The post claims that these giants were wiped out through genocide and having children with people from shorter tribes in order to “produce offspring of normal height”.

“Today this kind of black man no longer exists because of the immense wickedness of the West,” the post ends.

Does this picture show an African giant whose people were wiped out through genocide during colonisation? We checked. 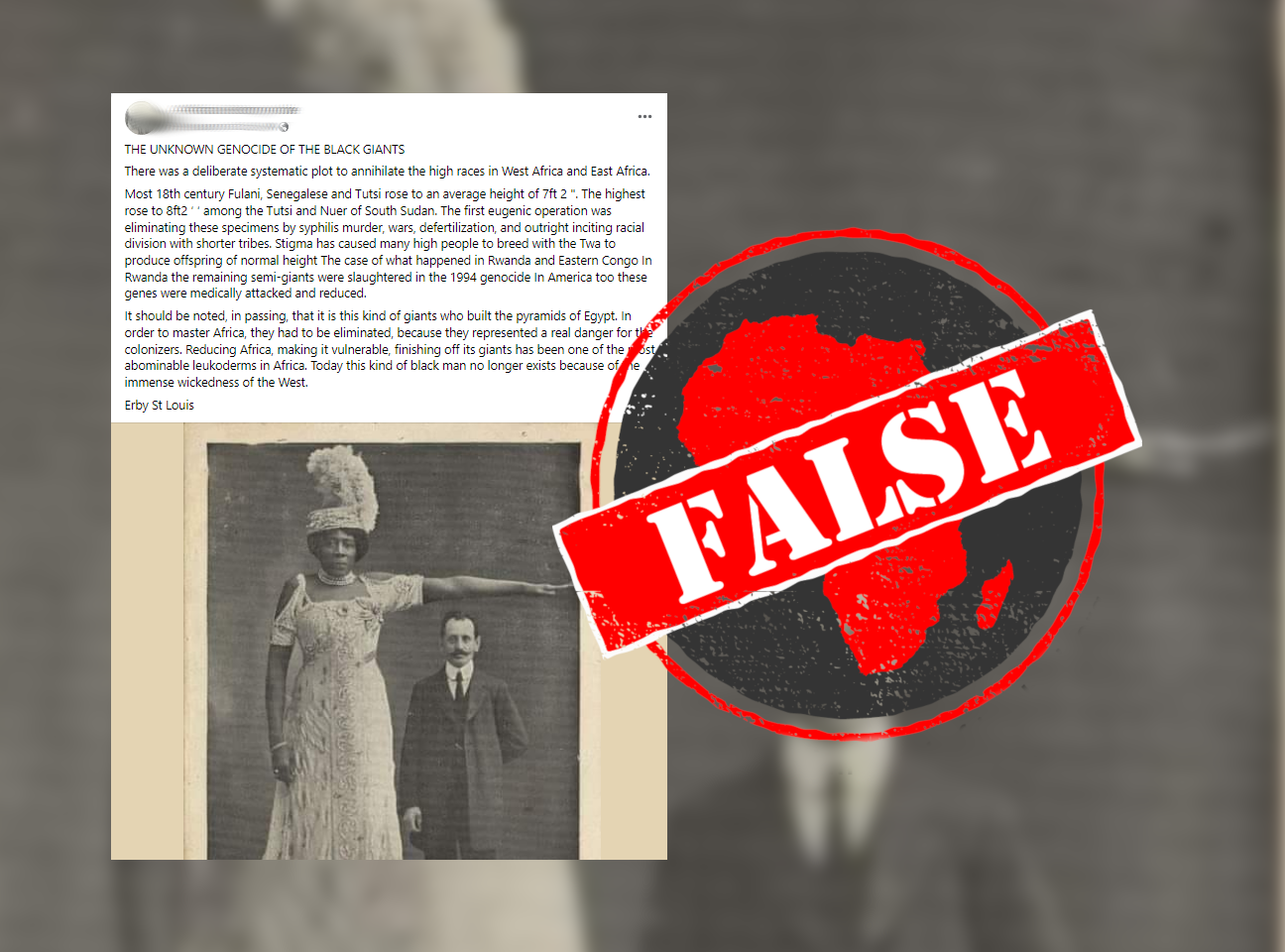 Photo of US performer Ella Williams

A reverse image search quickly revealed that the woman pictured was named Ella Williams. She was born in the US state of South Carolina in 1895 and was known by the stage name Madame Abomah.

According to a pamphlet apparently given out at her shows she was 7’ 3” tall, or 2.3 metres. She was thought to be the tallest woman in the world.

She reportedly toured the UK, New Zealand and a number of countries in South America and she sang to audiences. Not much is known about the circumstances of her death but she is believed to have died destitute.

Williams was born shortly after slavery was abolished in the US to parents who had been slaves. But we could find no evidence that she descended from one of the African tribes listed in the Facebook post.

Sub-Saharan Africans once taller than average

We could also find no evidence of any genocide that specifically targeted tall groups of Africans.

A 2014 report by the Organisation for Economic Co-operation and Development (OECD) found that between the 1870s and 1940s, sub-Saharan Africans were on average one to two centimetres taller than the world average.

But the average height in Africa has since declined, while increasing in other parts of the world. According to South African newspaper Mail & Guardian, this is likely tied to income and the availability of high-quality protein.

There are documented cases of people in East Africa reaching a similar height to Ella Williams. One of them is the late Sudanese basketball player Manute Bol, who was 2.35 metres tall. This made him the tallest basketball player in US National Basketball Association’s history. Bol died in 2010.