A TikTok video of Michelle Obama, wife of former US president Barack Obama, unveiling what seems to be a portrait of Kenyan politician Martha Karua has been circulating on Facebook since 10 June 2022.

Karua is the running mate of presidential candidate Raila Odinga, leader of the Azimio la Umoja One Kenya coalition. She heads the Narc Kenya party.

Kenya is set to hold general elections in August.

Odinga's main rival for the presidency is William Ruto, leader of the United Democratic Alliance party in the Kenya Kwanza coalition.

In the video, Obama and US artist Amy Sherald unveil a large portrait in front of press photographers and an applauding audience. The portrait shows Karua, her arm raised. Text on the video reads: “Martha Karua portrait unveiled at Women Conference in the US.”

Screengrabs of the video are also doing the rounds on Facebook, as seen here, here and here.

But did Obama really unveil a portrait of Kenyan politician Karua at a recent “women conference in the US”? We checked. 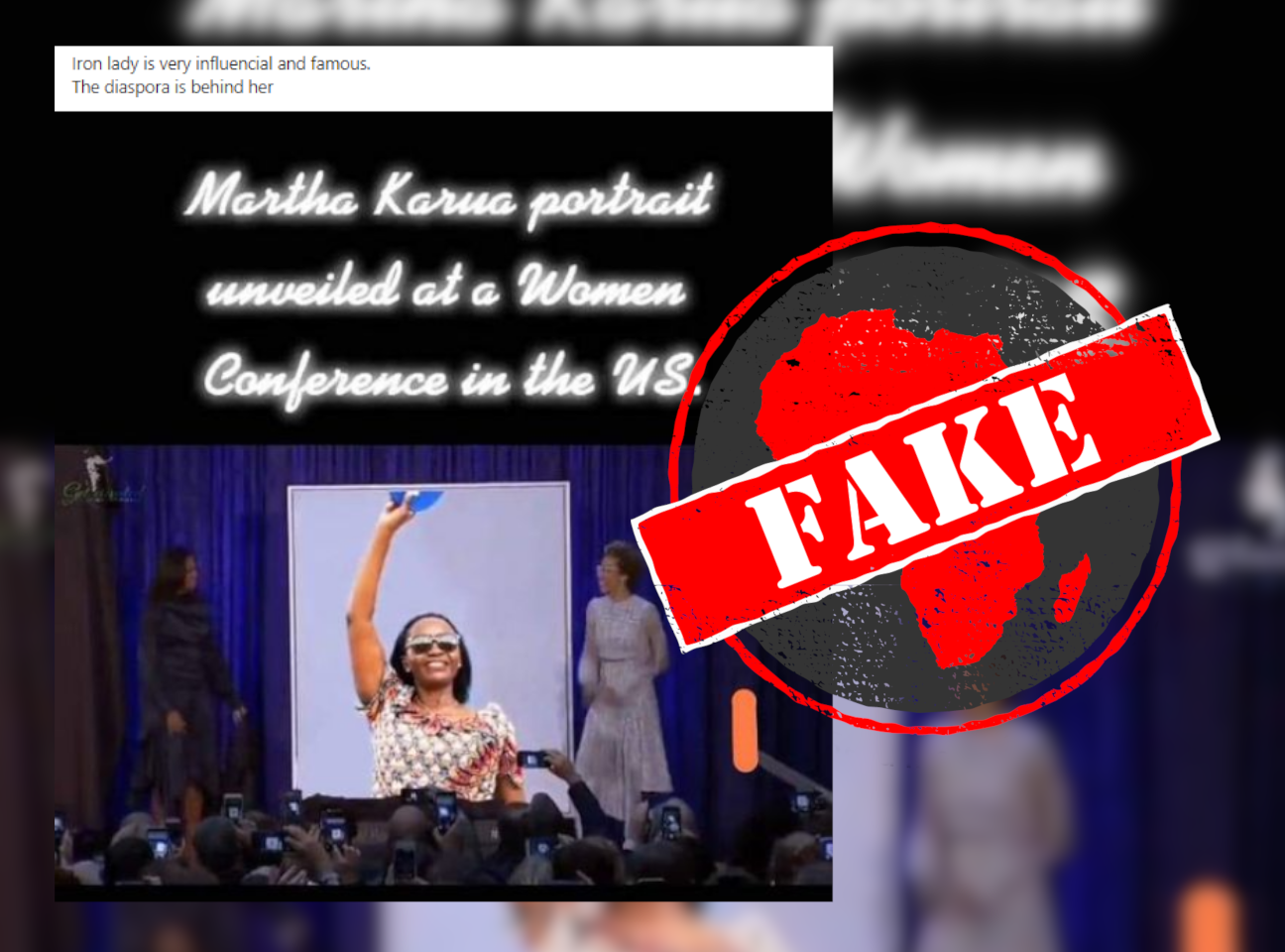 Google search for “Michele Obama and Amy Sherald unveiling portrait” led Africa Check to several instances of the original version of the video. It shows that the portrait is of Obama herself, not Karua. The video on Facebook has been altered.

The event was the official unveiling of portraits of Barack Obama and Michelle Obama at the Smithsonian’s National Portrait Gallery in Washington, DC, in February 2018.

An article about the event was published by the Obama Foundation on 12 February 2018. And a livestream can be seen on the Smithsonian’s YouTube channel.

According to the Smithsonian, the portrait of Michelle Obama is by Sherald. Barack Obama’s portrait was painted by New York-based artist Kehinde Wiley.