Mosquitoes inoculated with Viagra escaped from Wuhan laboratory? No, story from satirical website

Genetically modified mosquitoes inoculated with Viagra have escaped from a high-security laboratory in China.

“WUHAN: THOUSANDS OF MOSQUITOES INOCULATED WITH VIAGRA ESCAPE FROM HIGH-SECURITY LABORATORY,” reads the headline on the screenshot shared on Instagram.

Part of the text from the Facebook post reads: “According to Dr. Wenzi Ying Yin Jing, head researcher at the institute, the most disturbing side effects of a bite from one of the escaped mosquitoes would be a physiological phenomenon in which the penis becomes firm, engorged, and enlarged.”

But is any of the information accurate? We checked. 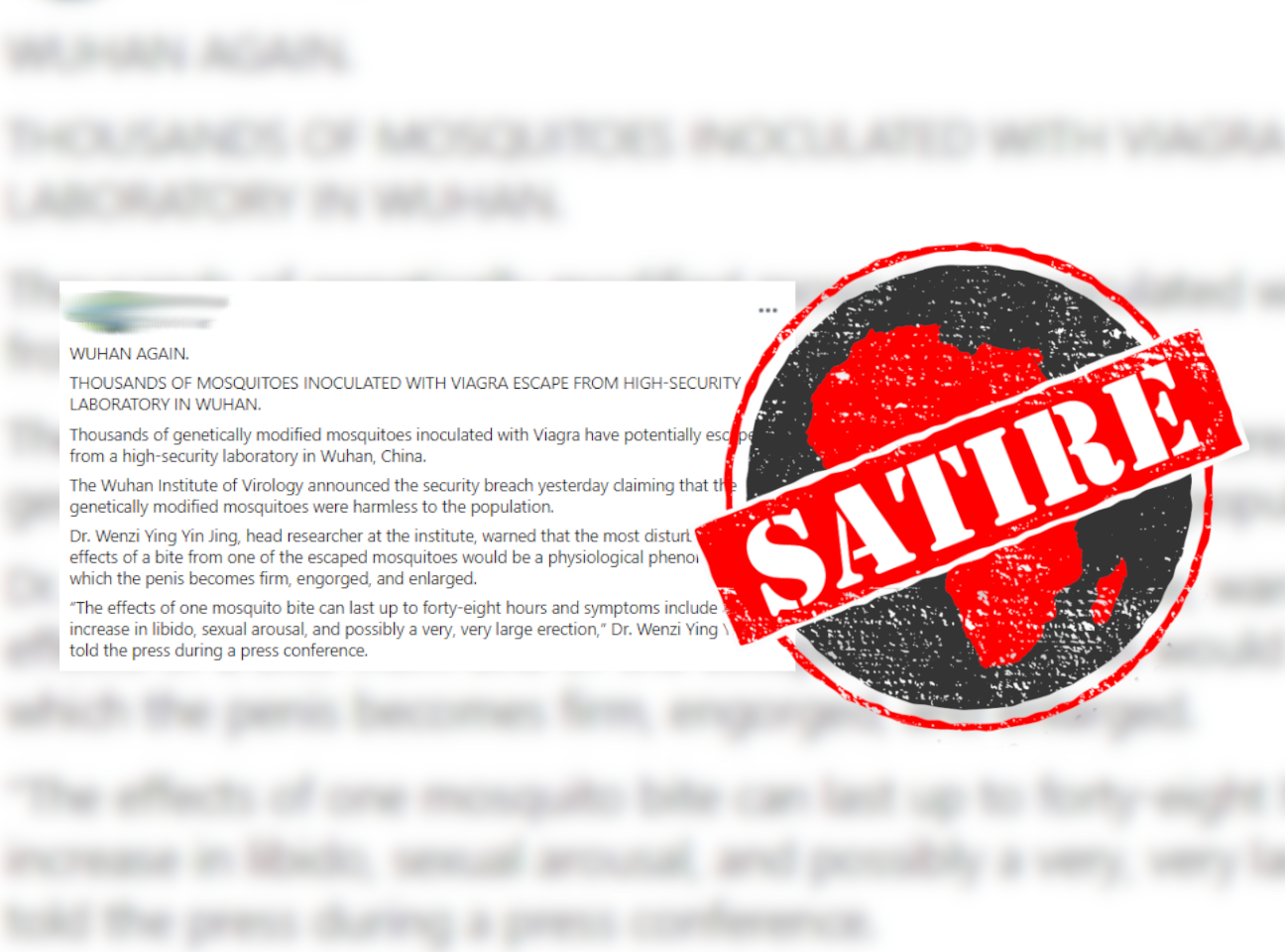 Using a Google search for the words from the headline, we came across a tweet posted on 22 October 2020 with a link to an article on the satirical website World News Daily Report.

The website’s  slogan reads: “Where facts don't matter.” The site includes a disclaimer that the publisher assumes all responsibility “for the satirical nature" of the articles, which are "entirely fictional".

Also, the article mentions "Dr Wenzi Ying Yin Jing" as the head researcher at the institute. But the institute's website does not cite any such person on their team.

On further review of the research institute's website, we found no evidence of such an announcement.